FOMO and FUD: the Emotional Rollercoasters that Bitcoin Traders Face

FOMO and FUD are terms that go well beyond the world of cryptocurrencies. They are particularly well known in the investment and trading sectors for representing certain emotions and states of mind. We will see in this article what FOMO and FUD really are, but above all, we will determine if these emotions help or hinder the average Bitcoin and cryptocurrency trader. 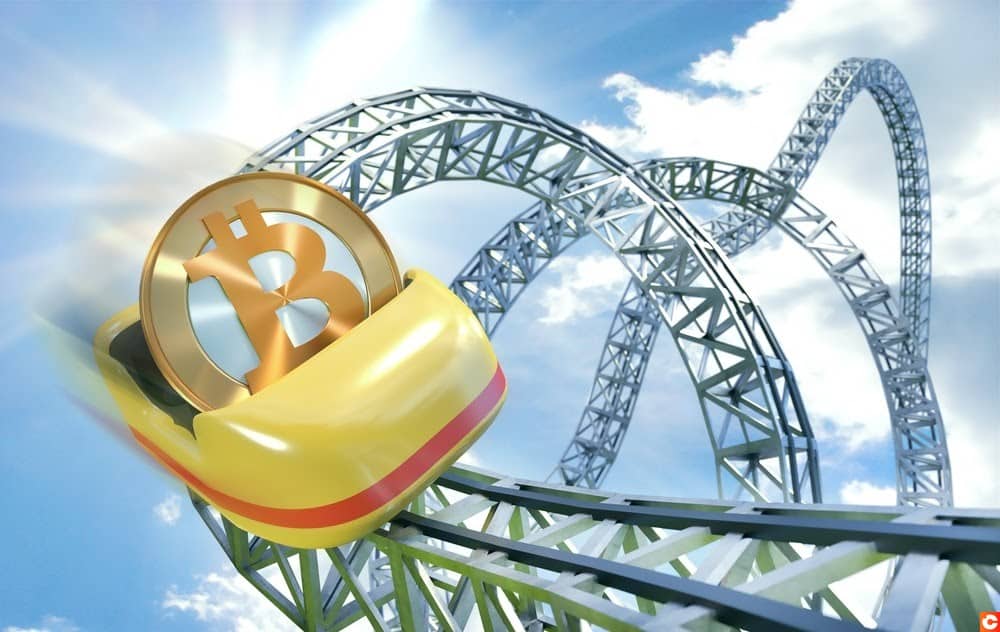 Ready to embark on the trader’s emotional rollercoaster? Tighten your belts, TheCoinTribune Express is ready to depart!

FOMO: Fear Of Missing Out

Fear of missing out on something is a form of social anxiety characterised by the constant fear of missing important news or other events that provide an opportunity to interact socially. This fear is particularly fuelled by certain aspects of modern technology, such as mobile phones (nomophobia) and social media such as Facebook and Twitter, where the user can continually compare his/her profile with that of others.

Fear of missing out – Wikipedia

Thanks to our friend Wikipedia, you now can find out a little more about what FOMO means.

This emotion is particularly common in the world of crypto assets and the blockchain.

You know, remember that time your friend told you about this amazing, yet undiscovered, altcoin that was going to be the next Bitcoin? That was the day you didn’t listen, and if only you had…

Two weeks later, EVERYONE is talking about this altcoin! It’s on Twitter, Youtube, the news… and the price rockets! 200% in 6 days… and just then, there you are, you feel it, right there in your stomach… that’s FOMO telling you to buy!

In this situation, the fear of missing a golden opportunity is FOMO. It will make you lose your reasoning, your prudence, just so you can taste that euphoric feeling – even in the face of much worse dangers.

For those who discovered Bitcoin in 2017, during the December bubble, and who bought one BTC for almost £15,000… yes, you can understand, that was FOMO.

Fear, uncertainty and doubt is a rhetorical technique particularly used in sales, marketing, public relations and political discourse. It involves trying to influence others by disseminating negative, often vague, and fear-inspiring information. Originally used to describe a disinformation tactic used by IBM, FUD continues to be popular today.

The Wikipedia definition describes, again, pretty well what FUD is. The emotion, which will cause you to fear and doubt, comes, in most cases, from negative communication.

The latter can take many forms. In most cases, you will see news like: ‘The G7 will ban Bitcoin?!’ or ‘The Mining Black Hole will bring Bitcoin down to $0!’

This type of news, often clickbait, is calibrated especially to generate traffic – as opposed to adequately informing you. They also tend to come from a bearish or complicated crypto market context. They try to meet the need for rational explanations that the public is looking for, but ultimately only generate more panic using shock tactics and most often erroneous information.

However, the damage is done. Once this news has been read, doubt sets in and you think about selling and running off with your profit: a massive bit of FUD.

Emotions are part of everyday life for any trader and yet, it’s not for want of trying to be without it!

In trading, 70% of your success will not depend on your technical analysis, but rather the rigour with which you follow your strategy.

Historically, even in traditional markets, professional traders have always warned of the emotions that affect trading.

These emotions will be like snakes: depraving, infiltrating your thoughts and coming together to make you doubt your principles. Yet the interaction between emotions and their subsequent impacts on a trading strategy deserve their own dedicated article.

FOMO and FUD make a part of these emotions when trading. However, they can be distinguished by also being felt by investors who are supposed to be less concerned with the management of emotions.

The reason for that is very simple: FOMO and FUD are ‘collective’ and extreme emotions. They are therefore felt in very specific contexts, which explains their universal character.

In both cases, the same primary emotion involved is fear. I’m sure you have already felt this fear.

Is it a good time to buy Bitcoin? What if it continues to fall?

I missed the chance to buy Bitcoin in 2014, meaning I could have become a millionaire… if I sell now and tomorrow its shoots back up to £10,000*, I will have still missed the opportunity in 2014, but at least there’s another one today…

*who knows when you are reading this article but this is just an example!

These two examples, while opposite in their core action (buy vs. sell), are similar: the fear felt by the individual.

These intense and complex emotions are difficult to control and the culprit in this specific case is in your skull: your brain!

We all inherited from our ancestors an instinct for survival. This includes a whole lot of so-called reptilian reflexes.

For example, it is what causes you to remove your hand instantly after touching something hot.

FOMO and FUD are similar. In both cases, the primary emotion felt is fear. The purpose of fear is to keep us alive by warning us of danger.

In the context of FOMO, the danger is to miss an opportunity that could change our life, for the better.

With FUD, the danger is to lose all of our savings in an asset that will no longer have any value.

As reptilian reflexes, it is not easy to control these emotions – in fact, it’s nigh on impossible. Nevertheless, you can still be aware of it so that you are able to act if these situations should occur.

Under these conditions, FOMO and FUD can prove to be your best allies, but equally your worst enemies!

If you are not used to or aware of these emotions, FOMO and FUD can quickly be enemies, especially for your finances.

They will try to guide your decisions and of course, in trading, humans are calibrated to be the opposite of what they should do.

This quote sounds logical and relevant, but it is not that simple to follow.

According to this quote, you’d be best to buy Bitcoin right after a 20%, 30% or even 40% drop. However, at this point, your gut will cry out to you that it is dangerous, that it may be the end and you will want to do the opposite rather than buy Bitcoin.

That’s a normal survival instinct as well as FUD.

Similarly, when a cryptocurrency increases in value it is better to sell, and yet its beauty makes you want to buy it! That’s FOMO.

In these moments, FOMO and FUD will be your worst enemies. Unless you learn to master them.

Understand, when I say ‘control’, I do not mean to no longer feel. Controlling primary instincts is very complex and not to mention useful. So don’t fight them, learn to deal with them instead!

If you feel fear and doubt (FUD), maybe it’s time to take a stand?

On the contrary, if everything seems wonderful and beautiful, perhaps it’s time to sell?

Learn to feel your emotions in the best possible way so that you can understand them, analyse them, and make the rational decision that suits them best.

As they say, “the heart has its reasons which reason knows nothing of”.

How can you learn not to get carried away with your emotions? There are many tools to help you get there:

In any case, there is no quick fix. It will take personal study, time and motivation.

However, it is only through this process that you can transform FUD and FOMO into real assets, and perhaps even allies!

From FOMO to FUD, traders are often subject to emotional rollercoasters. These extreme emotions, associated with fear, are very often exacerbated by social media and the ease of communication marked by today’s digital world.

The problem behind these emotions is that they lead to errors, particularly in the world of trading. The only solution available to you is to learn about these concepts, learn and work on yourself.

However, this work won’t be in vain. Mastering the effects of FOMO and FUD can mean they become your best trading allies.

Now that FOMO and FUD hold no secrets from you, all that remains is to know how to listen to them correctly.