Most cryptocurrencies we know are characterised by their high volatility, in part due to the cat and mouse game of supply and demand. The Tether cryptocurrency is an exception to this rule. Tether has a fixed rate of one tether to one US dollar, no matter where or when. How is this possible? Perhaps you are one of many who know little or nothing about this cryptocurrency, if so, then you’ve come to the right place! Let’s get stuck in with this presentation of Tether, why and how to buy it, what this stablecoin is, and what it is not. 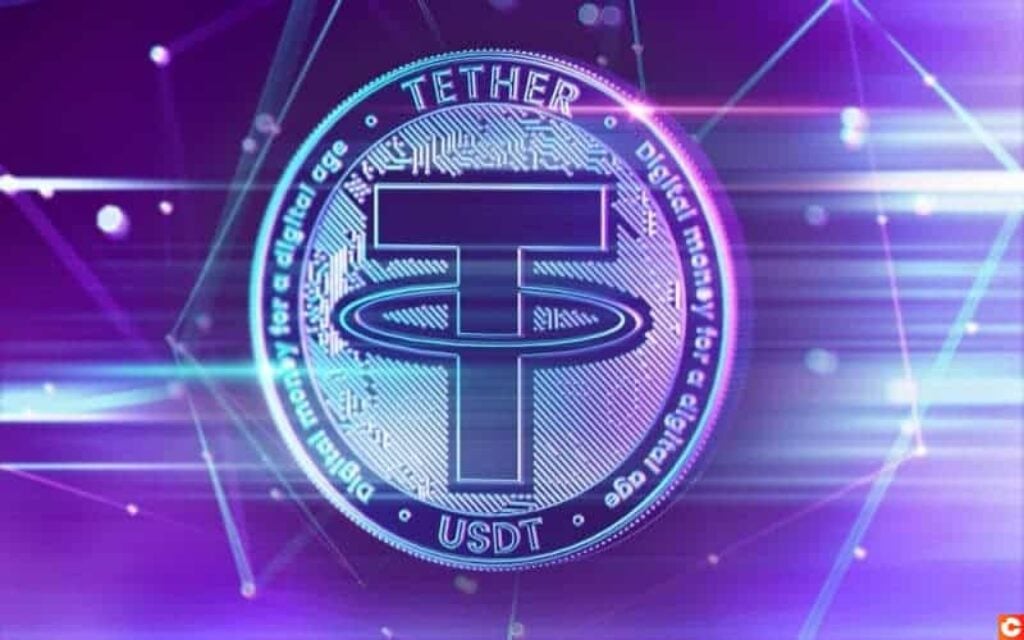 So, what actually is Tether?

Let’s start by trying to understand the beast from an etymological angle. Tether means ‘to bind’ or ‘to attach’. This is necessary to understand what Tether is, and subsequently its intimate relationship with fiat currencies.

The name of this currency probably comes from the fact that it is supposed to be intrinsically linked to the value of the dollar, meaning it follows the USD’s exact value, in turn creating a digital dollar. We call these cryptocurrencies stablecoins.

The Omni Layer blockchain is governed by the same consensus protocol as Bitcoin,  proof-of-work. The algorithm used for Tether is called Scrypt. Tether’s issue is that it theoretically has an infinite supply – just like the USD there is nothing to stop it from unlimited quantitative easing (printing money) despite it’s claim that every one of its tethers is backed by one USD. This distinguishes it from many other cryptocurrencies (such as Bitcoin and Litecoin).

The peculiarities of Tether

Bitcoin has been known to sometimes lose 30-60% of its value in a very short amount of time. This shows the great volatility and instability that cryptocurrencies traditionally have become to be known for. What that shows is that many cryptocurrencies’ values are practically solely determined by supply and demand. Simple put, it is possible to bet on Tether without fear of a depreciation in the value of your investment. The expected stability of Tether is, therefore, its main advantage compared to other cryptocurrencies.

The price of Tether, or the death of the chartist trader

To ensure its stability, the Tether project (which offers an altcoin of the same name) issues new units of its cryptocurrency, in proportion to the amount of dollars kept in its account. Therefore, in theory, if we find two billion Tether in circulation, Tether’s bank account should also contain $2 billion.

It is because of its stability that stablecoins are considered safe havens, due to the scale of cryptocurrency investment, Tether is seen as one of the least risky digital currencies.

A better gateway to fiat money

While other cryptocurrencies are struggling to be accepted by banks and other financial institutions, Tether can pride itself on being spared from this process. The cryptocurrency is, in essence, linked to a fiat currency. Tether therefore has the advantage of not having to pay high entry costs (fiscally and in terms of time and effort) in order to comply with regulations.

A brief history of Tether

In 2012, JR Willett mooted the possibility of the circulation of a cryptocurrency other than Bitcoin but which could be layered on top of its protocol. Using this idea, he joined forces with Brock Pierce and Craig Sellars to create the Mastercoin cryptocurrency to which the Omni Foundation was linked (previously called Mastercoin Foundation). Tether ended up being designed from the Mastercoin protocol. Oh, and by the way, Willet was also the guy who first came up with the idea of an ICO (Initial Coin Offering or, in other words, a crypto funding round).

In 2014, what would later be known as Tether (but back then still was called Realcoin) was still essentially a start-up based out of Santa Monica, CA. At the beginning of Q4 in the same year (more precisely, 6th October 2014), the first Tether tokens were issued. By 20th November, Reeve Collins (the then Head of Tether Limited) announced not only a change in branding from Realcoin to Tether, but also the news that the cryptocurrency would support exchange stability in three fiat currencies. Hence, the existence of USDTether for the $US, EuroTether for the Euro and YenTether for the ¥Japanese.

A moment of silence for Tether’s ancestor

The most interesting revelation, however, was that Tether claimed that every single Tether token was fully backed (guaranteed) by a similar amount of its original fiat sibling held in a company account. From January 2015, it became possible to trade Tether on the Bitfinex cryptocurrency platform and it was at this very moment that the doubts and controversies began.

Tether: one crypto’s most controversial currencies

Tether is constantly the subject of controversy. There are two questions which regularly provoke controversy around the coin. Firstly, its connection with Bitfinex, and secondly, the mounting evidence against it with regards to its reserves of dollars it holds.

Bitfinex and Tether are supposedly completely separate and unrelated entities, but at the time of the Panama Papers scandal their relationship was called into question. There were claims that Bitfinex managers were at the founder meetings of Tether Holdings Limited on the British Virgin Islands in 2014. At around the same time, it is also said that Jan Ludovicus van der Velde was CEO of Tether, this is concerning as he went on to be the first person in charge of Bitfinex. This basically confirms that he is both seller and buyer of the same product, Tether, which is a massive potential conflict of interest.

The argument about the currency reserves

The basic premise of Tether is that it is a stable, dollar-backed electronic currency, i.e. the company Tether should make sure that each USDT equals one completely guaranteed and disposable ‘real-life’ American dollar. However, the concern is that after an unsuccessful audit of the company in January 2018, no-one has been able to ascertain whether there is actually a $2 billion dollar reserve held by the company. The audit was apparently halted because it had become too complex to carry out. To make matters worse, there has never been an attempted audit since.

In April 2019, Letitia James, Attorney General of New York State, filed a lawsuit against Bitfinex in which she accused the company of using Tether’s reserves to bridge their $850 million gap in finances. Doubts persist about the firm and its cryptocurrency, as the process has already experienced a few ups and downs (and not always to the disadvantage of Bitfinex, by the way).

A confused relationship with Bitcoin

In addition to these two main controversies, there is the link to the continued blurred game between the value of Bitcoin and Tether, in particular in 2017. It was so coincidental, that each time that the Bitcoin’s supply increased, so did Tether’s. It is believed that the creation of tethers is mainly used to manipulate the value of Bitcoin. The consequence of the almost anarchic creation of Tether in 2017 meant that by the following year, there were two billion USDT coins in circulation. More importantly, this was without any confirmation that the $2 billion sum was actually available on the firm’s accounts.

Tether always proclaims the reliability of their stablecoin. In particular, they insist that it is a cryptocurrency guaranteed with the relevant USD, but no evidence of this allegation has been provided to date.

The faces of Tether

Tether has received plenty of attention in recent months, particularly since the New York trial regarding its reserves. This controversy, along with the company’s grand ambitions have brought the current CEO of Tether Limited, Jan Ludovicus van der Velde, to the forefront.

Tether could have offered real stability to the world of virtual currency exchanges because of its link with fiat currencies. However, the numerous controversies and criticisms levelled at the platform have reduced investor interest in it (even if a large number of them are interested in stablecoins of all kinds).

Where to buy Tether?

Like all cryptocurrencies, buying Tether can be done on crypto exchange trading platforms such as Binance, Crypto.com or Kraken. Despite its controversies, USDT is a firm favourite with traders as, across a huge range of platforms, it has one of the highest number of pairings, rivalled only by BTC! Given its relative stability, it makes it easier for traders to take profit.

Let’s see whether Tether will simply disappear or can it weather the storm that it currently finds itself in. Only time will tell.