The History Of Ripple (XRP)

Most people who are interested in the world of crypto generally know the story of the pioneering cryptocurrency, Bitcoin. However, the general public does not usually know the history of Ripple and the reasons why this digital asset currently has one of the largest market caps. 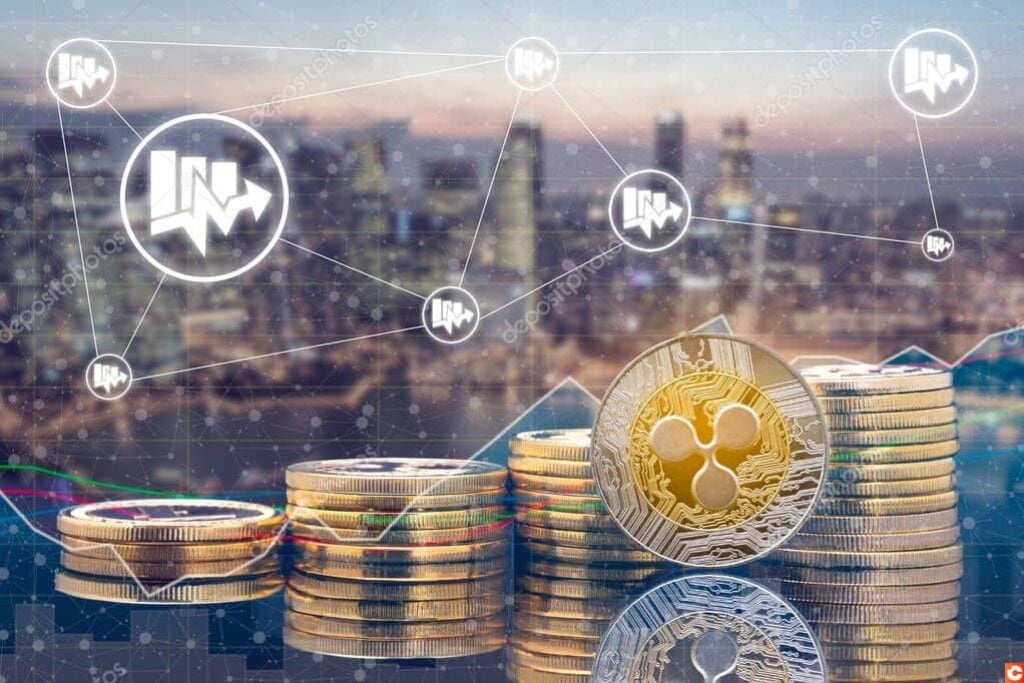 In this article, we will see the genesis of the Ripple project and its XRP token, where the idea for the creation of this crypto asset came from and how it got to its present form. Although the Ripple is not always looked upon favourably by the blockchain community, its history deserves to be explained in detail.

The beginnings of Ripple

The Ripple cryptocurrency as we know it today was born in 2012. It actually grew from another project called Ripplepay, created by Ryan Fugger and dating from 2004. The aim of this project was to create a decentralised currency that would allow people to create their own monetary system.

Based on these foundations, Jed McCaleb, considered one of the creators of today’s Ripple, decided to develop a cryptocurrency. Bitcoin already existed at the time and the choice was made to not use the same mining protocol to verify transactions. Instead, the team chose to have transactions verified by consensus among network members.

With this idea in mind, Jed McCaleb and another investor, Chris Larsen, decided to propose to Ryan Fugger their idea of turning Ripplepay into a cryptocurrency. This was what can be considered the Ripple’s entry into the world of crypto with the creation of OpenCoin Inc. in 2012.

OpenCoin Inc., which would become Ripple Labs Inc. in 2013, decided to begin developing a payment protocol called the Ripple Transaction Protocol (RTXP), with the goal of allowing two parties to transfer money without intermediaries and almost immediately.

The main advantage of this system was that it cut out the waiting times seen in the traditional banking system, while allowing the transfer of legal tender currencies such as the dollar, the euro or the yen. To ensure the security of the process, the company decided to programme Ripple to manage a network of servers that independently validate transactions by comparing transaction records.

In order to facilitate these transfers, the company decided to create its own token, the XRP, which makes it easier for financial institutions to transfer money with very low transaction fees.

Specialisation in the banking market

Gradually, banks realised the value of using Ripple’s technology to improve the way they operate. The first bank to work with Ripple was the digital, Munich-based Fidor Bank in early 2014.

Things really started to take off in December 2014, when Ripple Labs started combining its software with Earthport’s payment service, which is a financial company that offers its services to banks in more than 65 countries, including big names like the Bank of America and HSBC. On this precise date, XRP dethroned LTC as the second-highest cap digital asset, just behind the BTC.

In September 2016, Ripple made a shocking announcement, revealing the creation of the first interbank group that would allow participants to make global payments based on distributed financial technology (i.e., the blockchain). In October 2017, Ripple announced a partnership with more than 100 financial institutions that would use the company’s technology to provide an instant global payment service.

Ripple’s troubles with the SEC (the U.S. financial regulator)

On 22nd December 2020, a press release was issued on the Securities and Exchange Commission website revealing that Ripple, along with two of its executives, were indicted for raising $1.3 billion without legal registration with the SEC.

Most blockchain projects prohibit U.S. residents from participating in their ICOs because they usually do not want to face U.S. courts if the justice system considers their project token to be a Security Token and not a Utility Token. Indeed, if the token is classified as a security, a slew of rules must be respected by the issuer, at risk of being outlawed in the United States. The most frustrating part of this is that rulings are based on outdated legislation: the Securities Act of 1933.

In response to this criminal prosecution, the value of XRP roughly halved in less than 24 hours, pulling Ripple out of the top three highest cap cryptocurrencies, a first since 2014.

Many exchanges also decided to withdraw XRP from their offering in order to avoid having to face American courts. However, the token is still available for purchase on many platforms, so it’s not a problem if you want to buy it.

As this case with the SEC is recent (our article dates from January 2021), we do not yet know how things will evolve for the company and what the long-term consequences will be on the Ripple. It depends on many factors, including the line of defence that the company’s executives will argue in the face of the U.S. justice system.

Here we are at the end of our article on the history of XRP. We hope it was informative and that you enjoyed learning more about Ripple’s evolution over time.

As you may have noticed, Ripple has decided to focus its business model on improving interbank transactions. To say the least, the company has done well for itself because many banks use its services to improve the speed of transactions and reduce the costs of transactions.

However, this choice makes Ripple a target of hate among a part of the crypto community, who think that collaborating with banks amounts to high treason. Indeed, for hard-core Bitcoin maximalists, cryptocurrencies must be completely free of the current financial system and must not collaborate with it.

Unfortunately, it is quite difficult to predict the future of the Ripple. As we have said, the company is in the middle of a legal case with the U.S. authorities for holding an ‘illegal’ round of fundraising in 2013. We must wait to see how this trial evolves before deciding on the future of the project.

If you would like to learn more about XRP, please check out our list of Ripple guides (insert link). We cover many other XRP-related topics to help you better understand all the intricacies that surround Ripple.