In a Facebook post, the social network’s chief executive revealed the names of his two goats: “Max” and “Bitcoin”. Is it a joke, or is there something Zuckerberg is trying to tell us? This short article attempts to get to the bottom of the mystery. 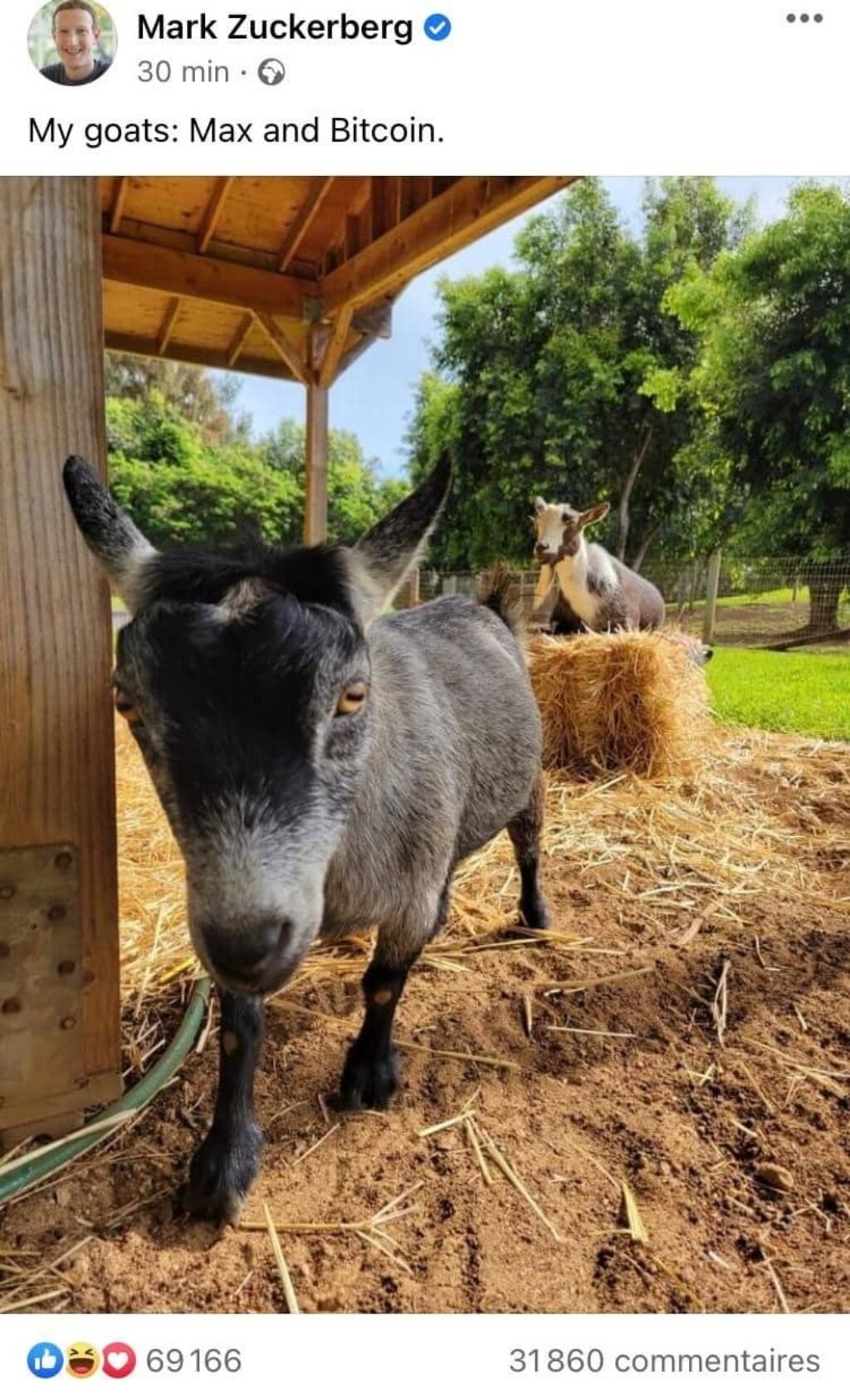 From a simple joke…

The chances are that the post was solely intended to give the Facebook community something to laugh about. The photo helps to cut through the Silicon Valley prodigy’s self-serious personality. Frequently compared to a robot as he testified to the U.S. Congress in 2018, what we have here is a Mark Zuckerberg in his most humanised form.

But beyond his status as a novice farmer, Zuckerberg might just have had another idea in mind.

…to a subliminal message

For months now, the owner of Tesla and SpaceX, Elon Musk, has been working to democratise the use of cryptocurrencies. As of now, it is possible to pay for your Tesla in bitcoin (BTC), and SpaceX is currently fundraising for a lunar mission thanks to Dogecoin (DOGE). The eccentric billionaire, the self-proclaimed “Dogefather”, recently asked on Twitter whether Tesla should consider accepting Dogecoin as a payment method.

Such announcements are beneficial for the cryptocurrency ecosystem, but Musk cannot revolutionise traditional finance all by himself. Mass adoption will only be possible if the infamous FAANG (Facebook, Amazon, Apple, Netflix, Google) gang also decide to dip their toes into the world of cryptocurrencies.

On 26th May, Facebook’s Annual Meeting of Shareholders will take place, during which decisions on company strategy will be made. Even if Zuckerberg’s decision-making power has been reduced in recent years, the subject of cryptocurrencies will almost certainly be addressed. While Facebook has still not announced any investments into Bitcoin, Zuckerberg’s post at the very least confirms his stance in favour of cryptocurrencies.

In the middle of a bull run, news like this can result in a state of uncontrolled euphoria. Speculations over Facebook’s potential purchase of bitcoin (BTC) run wild, but only an official statement will be able to propel the price to even greater heights. On a much less serious note, how amazing is a goat called “Bitcoin”?!