Cryptocurrencies: the canary in the coal mine?

You can never know too much about the structure of the cryptocurrency market. It is characterised by a high concentration of supply and a strong correlation with volatility (i.e. financial stress). From here, two important phenomena must be considered. Firstly, stock markets are closely linked to the available liquidity levels. Secondly, cryptocurrencies are closely correlated with financial stress, which is itself directly linked to the liquidity which is available. In this article, we take another look at the overarching patterns that allow us to anticipate the movements in non-cryptocurrency markets. 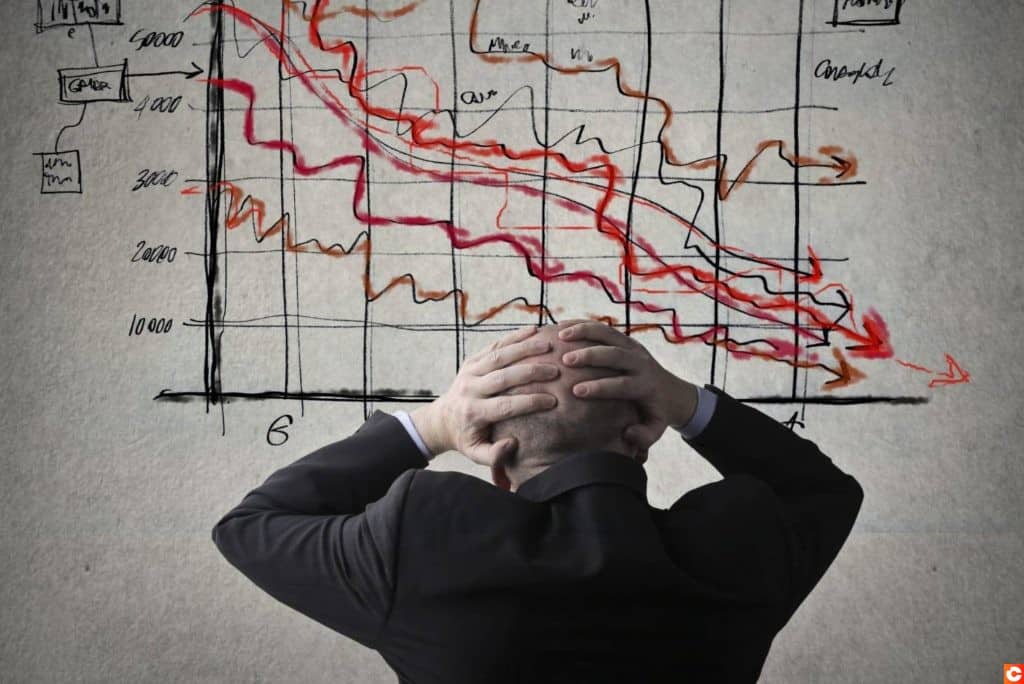 There are certain fundamental rules about the markets that never lie. For example, when prime rates stagnate before a drop in value, this is statistically followed by a rise in the price of gold and a stock market crash. Similarly, the end of any upwards rate corrections is followed more than 80% of the time by a stock market correction. Meanwhile, sovereign spreads are themselves linked to other assets, such as crude oil.

Elsewhere, statistically, every big spike in volatility is followed by a bullish rally in cryptocurrencies. Spikes in financial stress occur during periods of heightened market uncertainty. They are generally followed by an easing of tensions between financial institutions, which initiates a recovery for speculative assets. Such is the importance of institutional actors, this generates a powerful bullish movement.

Cryptocurrencies also allow us to anticipate certain stock-market corrections. There are many theories which can be used to explain the following fundamental phenomena:

–       Firstly, cryptocurrencies are highly correlated with volatility, also known as financial market stress. Even a small increase in volatility can bring about powerful corrective movements in cryptocurrency prices. For their part, stock markets are generally more resistant and will only start to unravel further down the line should volatility remain high.

–       Next up is the link with liquidity. Financial stress is extremely correlated with liquidity. Any shortages generally imply higher risks in the markets (the inability to repay matured debts, liquidate funds, etc). A shortage of cryptocurrency liquidity means there is a high probability of future liquidity shortages in the stock markets (see below).

–       Lastly, the link with rates. Market tensions often manifest themselves in the rates. Since the stock markets correct when tensions become unsustainable (e.g. falls in the rates following interventions by central banks), cryptocurrencies are the first to suffer the tensions over the rates and the liquidity shortages.

Cryptocurrencies represent nearly 20% of the world’s physical gold market. Their place within the management of the economy can no longer be ignored by investors. Nevertheless, the cryptocurrency market still remains comparatively small, without any clear market foundations, and it is still very volatile (classed as a speculative asset by financial managers).

Cryptocurrencies, geopolitics and the economy

Beyond market indicators alone, cryptocurrencies are also useful indicators for measuring the levels of digitalisation and freedom of different economic systems. Generally speaking, political systems towards the authoritarian or dictatorial end of the spectrum tend to limit or ban cryptocurrency investing outright. Similarly, less-developed economies have a weak level of digitalisation, which is a significant obstacle for the democratisation of cryptocurrencies.

Elsewhere, cryptocurrencies are fairly sensitive to broader economic trends. They also react to fundamental trends, such as prime rates, volatility and 10Y-2Y. Therefore, whenever cryptocurrencies are at low levels, statistically speaking, this should give rise to optimism in other markets. The inverse is also the case: whenever the market prices of cryptocurrencies are trending high, this will bring about a situation likely to cause future uncertainty.

The market is liquidity!

Since the beginning of capitalism, we live in a world where financial constraints are significantly reduced. This means that liquidity needs are more easily satisfied and act as a driving force for economic demand and growth. Nevertheless, the increasingly abundant liquidity does not prevent the recurrence of crises or liquidity shortages for the simple reason that there is a clear difference between confidence and liquidity. An increasing abundance of liquidity implies future market growth.

The graph above shows the monetary base (from the U.S. Federal Reserve’s balance sheet) and the development of the S&P 500 since 2012. Comparing the two, we see an immediate correlation between the two curves. Three phenomena can be observed:

–       The first is the long-term growth of the S&P 500’s stock market price, which more or less follows the available liquidity during this time, especially in 2018. The bull run that we have witnessed since 2009 is largely fuelled by the liquidity injections from central banks, known as quantitative easing. If you artificially increase demand, this will mechanically lead to a type of inflation that we will call ‘liquidity inflation’.

–       The second is an overvaluation process with respect to available liquidity between 2018 and 2020 (rate hikes and the implicit overvaluation). Comparatively speaking, the 2020 crash re-established the equilibrium between the market valuation of the S&P 500 and the available level of liquidity. This crash was extremely short due to the drastic monetary interventions by central banks.

–       Finally, the process we are all familiar with. Since March 200, we have borne witness to a massive expansion of the money stock and the U.S. Federal Reserve’s balance sheet. After such an intervention, the markets usually continue to grow in the medium-term as they follow the levels of available liquidity.

Therefore, using this logic, it would not be surprising to see the S&P 500 grow 20% each year for the next four or five years. This growth would benefit gold, real estate and assets in general.

The fact that a new market dynamic has set in for cryptocurrencies in recent days gives us some indications about what the future of the stock market holds. The link between the liquidity levels in both markets is confirmed by the graph below.

After the sudden crash of March 2020, financial indices have been on a continuous and extremely strong bull run. In reality, certain studies, such as the one published by Goldman Sachs, have clearly demonstrated that more than 90% of the rebound has been fuelled by the liquidity injections carried out by central banks. The graph above reproduces this link perfectly. In recent weeks, we have entered a period of overvaluation of the stock markets in the medium-term. This transition to overvaluation is clearly represented in the VIX, which rebounded above its hallowed ‘rule of 16’, causing Bitcoin’s (BTC) price to correct by 25% in the process.

After this transition to overvaluation, given the liquidity shortage in the medium-term, cryptocurrencies have tended to stagnate, and the stock market’s growth has slowed. This serves to confirm the correlation between cryptocurrencies and shares beyond any doubt. The recovery in Europe and the recent tensions over European sovereign spreads will likely lead to mild monetary and stock market risks between now and autumn this year.

Ultimately, cryptocurrencies are assets that are highly sensitive to the broader trends operating in the financial system. Generally speaking, due to correlations between the markets, a strong corrective phase in the cryptocurrency market will subsequently reverberate in the stock market. Big price movements are enabled by the behaviour of institutional players, who react to the market according to fundamental economic logic. Cryptocurrencies are, to an extent, an initial measure of confidence in the stock market. In the years ahead, we are likely to see the current monetary and financial trends continue. Despite the medium-term risks that could present serious challenges to cryptocurrencies in a few months’ time, the implausibility of a sudden financial panic spilling out from the corridors of banks and financial institutions implies that the strong prices are here to stay.

Author of various books, financial and economics editor for many websites, I have been forming a true passion for the analysis and study of markets and the economy.