Cryptocurrency and the incoming inflation

Bitcoin is represented in everyone’s mind by a gold coin. However, can we really compare gold to Bitcoin? An argument put forward by many cryptocurrency users is its ability to hedge against inflation. The case for precious metals. However, Bitcoin and other cryptocurrencies follow a more delicate logic in relation to inflation. It is important to detect inflationary signals and their consequences on cryptocurrencies. 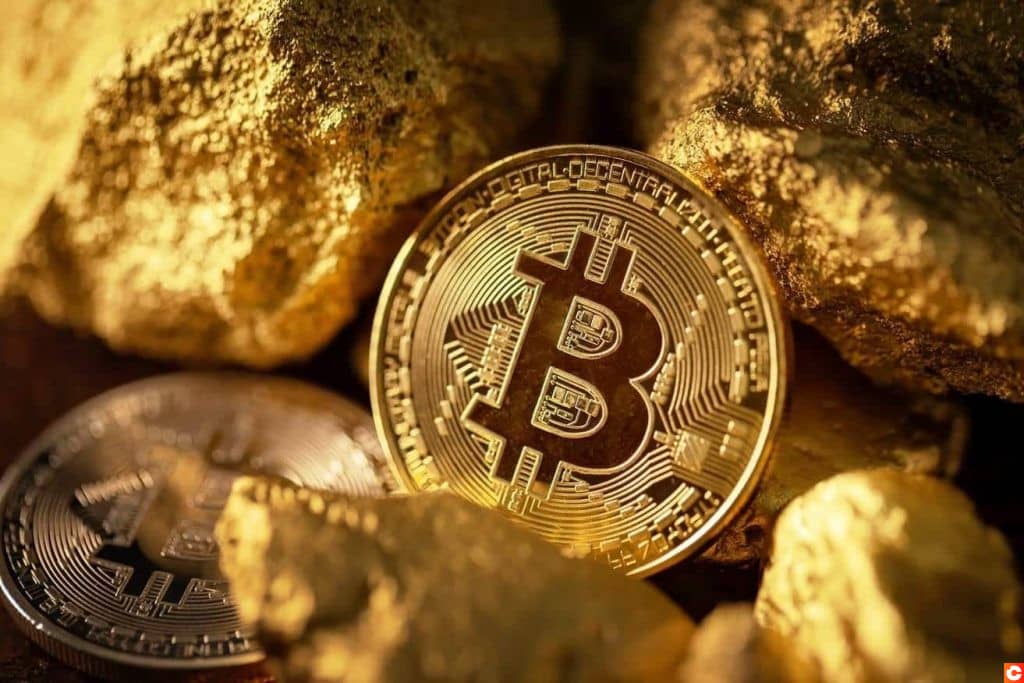 Gold and Bitcoin: similarities and differences

I have mentioned previously that gold and Bitcoin both have different market structures. Almost 75% of the gold supply depends directly on mining companies, while the influence of miners on Bitcoin’s supply tends to decline sharply. In addition, Bitcoin is a very concentrated asset: 0.01% of users hold 32% of the total number of bitcoins in circulation, which is not the case with gold.  On the other hand, the capitalisation of the two markets are very different: cryptocurrencies are only 12% of the market capitalisation of physical gold.

As a result, their respective price reactions are very different. Bitcoin will react more strongly in times of crisis. On the other hand, gold is an asset that is held with a wide range of market players. That is, a rise in the price of gold today is irreversible: much of the gold bought is in jewelry or as an investment and therefore will not be sold in large quantities. Bitcoin is more volatile as well as liquid and therefore does not follow the same fundamental logic, although many investors keep their bitcoin (BTC) for a long time.

It is for this reason, between March 2020 and August 2020, we saw a correlated rise in gold and Bitcoin prices. Nonetheless, in line with recoveries in Asia and North America, gold corrected while Bitcoin began its strong bull rally. Recently, we have witnessed the opposite. A strong rebound in gold prices, and a drop in Bitcoin’s (return of volatility).

Bitcoin is an asset determined by market stress (volatility). Gold is an asset determined by real rates (the rate minus inflation). As the graph below shows, major spikes in financial stress (VIX in red) usually take effect after a decrease in real rates. Likewise, periods of low stress in the markets generally result in an upward stabilisation of real rates. This confirms our first chart comparison of gold and Bitcoin.

Gold is favoured by inflation, falling key rates or falling fiat currencies like the dollar. Put more simply, gold increases when the (net) return on capital decreases. The fact that gold is very sensitive to rates and that Bitcoin is very sensitive to stress caused by rates allows us to highlight a fundamental correlation.

We could thus argue that a rally in Bitcoin takes place initially with a simultaneous rise in gold, and secondly, Bitcoin increases more strongly than gold. Clearly, initially, gold and Bitcoin generally follow the same uptrend. This is due to falling real rates and financial volatility. Nonetheless, there comes a time when real rates rise again as the environment is favourable for investment, causing gold to fall and Bitcoin to continue to rise. These very fundamental logics are the heart of the implicit link between gold and Bitcoin.

A brief history of inflation

Inflation (or deflation) is a fairly simple economic mechanism. When there is the formation of a gap between the quantities demanded or supplied, there is a difference in prices. In other words, inflation exists during periods of tension between supply and demand. The graph above shows the inflation rate in the United States since 1785. There are three major peaks of inflation: 1814, 1864, 1920, 1974. Each peak of very high inflation corresponds to a sustained rise in inflation over several years. Each peak of high inflation (1813, 1864…) is often characterised by the presence of a war: the Napoleonic War in 1813, the Civil War in 1864, after the end of the WWI in 1920, the Vietnam War and the oil crisis in 1974.

These inflationary peaks can be explained in different ways:

An end to the disinflationary cycle!

Going back to the previous chart, we see ultra-inflationary regularities every five to six decades. On a shorter scale, we note the recurrence of cycles of nine and 18 years. The following chart shows the application of these main inflationary cycles.

The 2020 crisis marked, as expected, the return of an inflation of shortages and a period of stagflation (GDP remains below 2019 when inflation is taken into account). This dynamic respects most or all of the aforementioned inflation cycles. Therefore, we could image a continuation of an inflationary trend until 2025/2026, followed by a very likely peak between 2032 and 2036. This being the very nature of economic cycles and inflation.

Since 1981, we have lived in an economy with ever lower inflation (disinflation), which leads to falling rates and potential growth, as well as rising debt and unemployment. This balance is not sustainable over the next ten to 15 years, simply because it will cause social and civil tensions.

‘Protecting’ yourself from inflation: gold or Bitcoin?

Bitcoin: pro-inflationary… but not too much

Clearly, Bitcoin benefits from high inflation (generating growth and stability of real rates), but is heavily impacted by low inflation (which causes pressure on rates). It should be recalled that Bitcoin is an asset very sensitive to volatility. The support of 16 on the VIX in recent weeks was a clear negative signal for cryptocurrencies.  Volatility depends directly on the movement of rates, on which gold is otherwise entirely dependent. Note that more than 80% of bearish mid-term rate reversals are followed by a correction in equities. Likewise, it should be noted that corrections on equities are generally preceded by a correction for cryptocurrencies. In short, Bitcoin protects against moderate inflation.

The graph above shows the correlation between inflation and Bitcoin. You can observe that Bitcoin generally benefits from a return of inflation, but this is not obvious at all times due to the aforementioned processes.

Gold: a bulwark against inflation

Finally, gold reacts very strongly to inflation. In comparison, gold can go up while Bitcoin can go down, and vice versa. In great times of financial stress tend to benefit gold first and Bitcoin second.

In my book on gold, I regularly come back to the fact that gold benefits from periods of economic stress, and therefore price volatility. The advantage of gold over Bitcoin is that it is more stable over time and is much more resistant to market stresses resulting from market movements.

Ultimately, cryptocurrencies are not devoid of links to inflation.  Investors are flocking to digital assets in times of high liquidity and inflation in the markets. However, in the presence of inflation rates that are raised too sharply or liquidity shortages can imply a negative effect on the price of digital currencies. In short, Bitcoin is not quite like a digital gold. It is both too volatile and abstract to be fully tied to economic conditions, yet democratised enough to make it a full-fledged financial asset.

Author of various books, financial and economics editor for many websites, I have been forming a true passion for the analysis and study of markets and the economy.