Crypto comedian: a profession of the future in the cryptosphere! Perhaps their first joke will be about how Dogecoin (DOGE) temporarily became the fifth-largest crypto in terms of market cap… 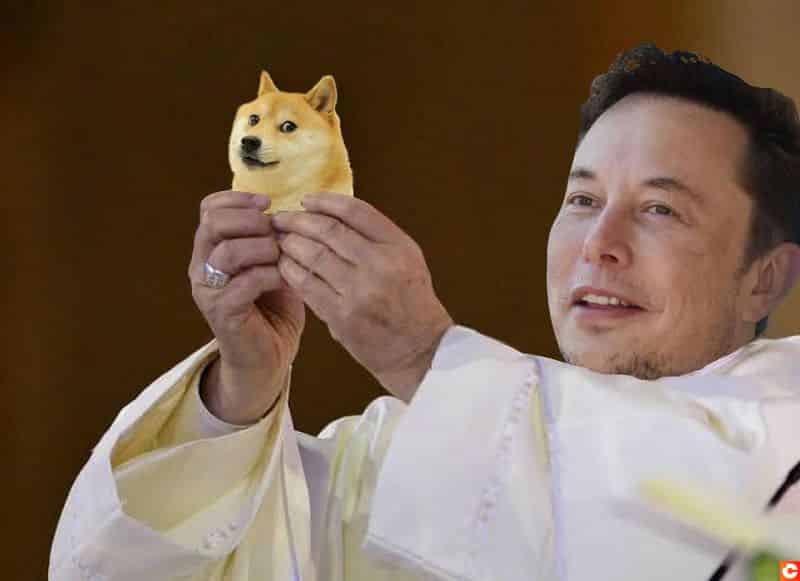 The explosion in its price is attributed to a tweet from Elon Musk suggesting the potential of DOGE to reach much higher levels. Musk did not, however, explicitly state whether he had purchased Dogecoin.

DOGE temporarily became the fifth-largest cryptocurrency by market capitalisation, while the sharp rise in its price was behind a major outage on the infamous trading app Robinhood.

Traders complained of problems at about the same time that DOGE trading peaked.

Adopt a DOGE: yes, but why?

The DOGE was created to make fun of the explosion in altcoins that claimed to shake up the world, but were, in fact, only pale copies of Bitcoin (BTC).

The price of  DOGE is mostly pumped by the tweets of celebrities, especially those of Musk, who apparently find the who situation hilarious. He began tweeting about DOGE in April 2019, but has been pumping it hard in 2021.

What about the fundamentals of DOGE? Does the crypto have or can it acquire intrinsic value over the long term? The sustainability of DOGE depends mainly on its widespread adoption, driven by influencers.

This widespread adoption, however, raises questions about its purpose. DOGE is not a stablecoin, and can hardly be considered an alternative to fiat. It also has no mechanisms to mechanically reduce its supply over time, unlike Bitcoin and its halving and increased mining difficulty, or Binance Coin (BNB) and its token burning.

Picture the scene: Dogecoin stepping onto the podium, taking third place in terms of market capitalisation… Elon Musk would have demonstrated once and for all the power of his tweets. Back to reality and DOGE is trading at around $0.20 again. DOGE is hardly going to become the new global reserve currency, but as a cryptocurrency that loves to poke fun at projects valued at tens of billions of dollars, it does a great job.