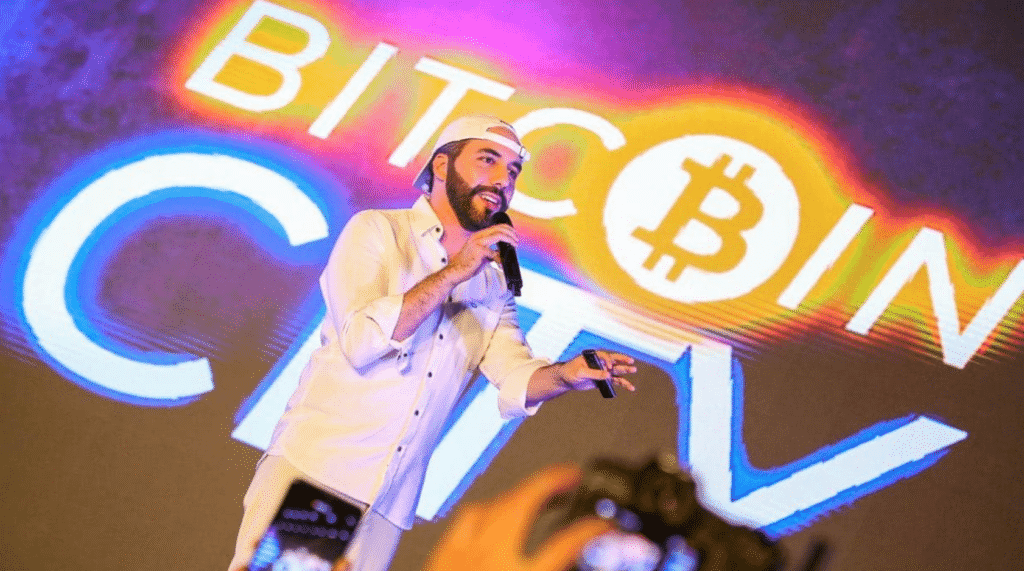 20-21 November Salvadorans celebrated “Bitcoin Week”. Sellers marketed “Jesus Loves Bitcoin” T-shirts, crypto leaders and Salvadoran priests gave talks to people. The country’s president, Nayib Bukele, took the stage to the cheers of fans to unveil his plans to build a “Bitcoin City” at the base of the Conchagua volcano overlooking the Pacific Ocean.

Bukele assured that, funded by Bitcoin-backed bonds and powered by geothermal energy, “Bitcoin City” would be a tax-free haven.

“Invest here and earn all the money you want,” he said.

“Feel the Bit” told the giant screen before the president came on stage. International crypto evangelists were also noticed at the “Bitcoin Week”.

Yet, there were people who have expressed outrage about the posh event being organised in a country that suffers from inequality, violence and poor quality of public services.

“This video makes me sick, angry and sad at the same time,” said Marce, @_lamismadeayer on Twitter.

The government of El Salvador decided to issue £750 million worth of “Volcano bonds” in partnership with Blockstream.

“Building the economy around crypto mining and attracting crypto businesses is an untested strategy to put it mildly,” Stock said. He further added that Bukele did not appear to consider any other options.

£750 million loan negotiations with the IMF have stalled. The reasoning behind the timeout in talks is that digital assets are volatile and lack transparency, while the Fund needs to be confident in the initiative when granting a loan. Another point is that the IMF doesn’t like that democracy is shifting away as Bukele’s power strengthens. Still, many crypto enthusiasts are optimistic, arguing that “Volcano bonds” will enjoy high retail demand.