Eminem: could the real NFTs please stand up?

The phenomenon of non-fungible tokens (NFTs) has already revolutionised the worlds of art, sport and design. Next up is music, where Eminem has just entered the fray, pocketing a cool $1.78 million (~£1.3 million) with his first sales in the process! 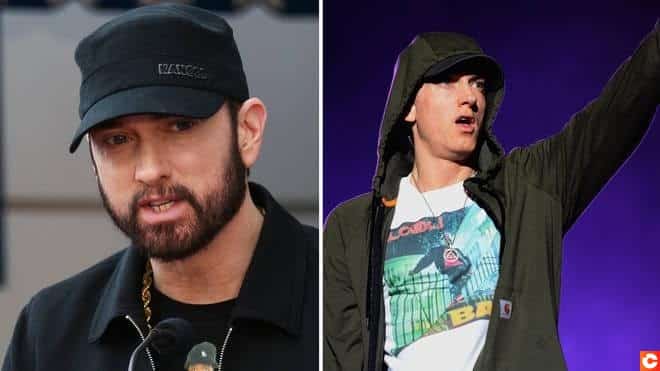 Why NFTs? Why now?

Right off the bat, Eminem claims to have always been an avid collector himself. Over the years, he has hunted down and built up a collection of classic rap cassette tapes, among other items. While announcing the line of NFTs on his official website, he said, “I’ve been collecting since I was a kid, everything from comic books to baseball cards to toys, as well as every rap album on cassette I could get my hands on… Not much has changed for me as an adult… I’ve attempted to recreate some of those collections from that time in my life, and I know I’m not alone.” It seems the avid collector was powerless against the seductive charm of NFTs.

As it happens, a skit from the U.S. comedy show Saturday Night Live (SNL) might have opened the door for him. Starring Pete Davidson and Chris Redd, the comedic and educative skit that aired at the end of March revives Eminem’s smash hit ‘Without Me’ to give a musical explanation of what an NFT is. Eminem was contacted by the skit’s writers before it was broadcast, which he mentioned just before the ten-minute mark in an interview with Apple Music’s Zane Lowe.

On Sunday 25 April, during an event he dubbed Shady Con, the Detroit rapper sold the first line of the digital collection via the online marketplace Nifty Gateway. Shady Con was a digital convention in the style of other real-life conventions, such as Comic-Con or Games Con.

Preferring to go by his real name for the occasion, Marshall Mathers offered three different NFTs in the collection, the designs of which were painstakingly developed by the rapper himself.

Promotional video for Shady Con, uploaded by Eminem two days before the event

The NFTs put up for sale by Eminem

To finish with a quick anecdote, it turned out that one of the buyers during the NFT sale was actually DJ Premier, an artist who collaborated with Eminem for his albums Music to Be Murdered By: Side B and Book of Rhymes.