Ethereum (ETH) has held the title “second cryptocurrency” for years, and it’s notable that many investors actually tend to prefer ETH over Bitcoin. The reason is a number of advantages the biggest altcoin offers over its main competitors, such as an impressive number of decentralised tech based on the blockchain. Among them, of course, is the non-fungible token (NFT) market. 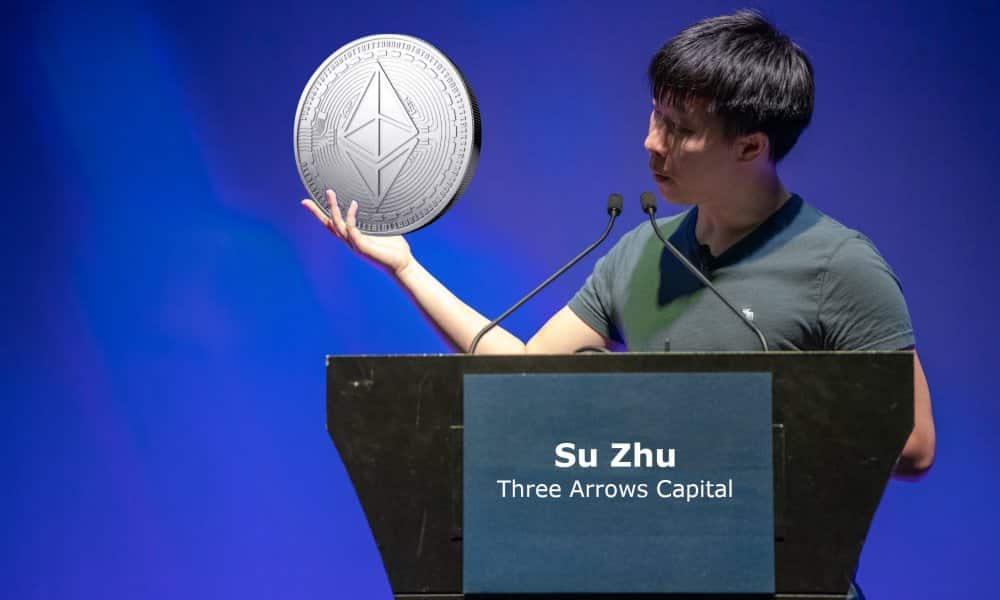 However, during the existence of Ethereum, its influence has spawned a plethora of potential “killers” – cryptocurrencies that are similar to Ethereum in some ways but trying to boast some advantages over it.

Naturally, certain crypto investors choose to switch from Ethereum to more attractive digital assets, as did the executive director of Three Arrows Capital hedge fund Su Zhu. Su was previously a supporter of the second cryptocurrency, but today, he announced that he will stop investing in ETH altogether, slagging off its main shortcomings on his Twitter.

The main reason for Su Zhu’s criticisms is the huge fees of the Ethereum blockchain, which makes this cryptocurrency completely inaccessible for newcomers. At this point, the developers appear either unable or completely reluctant to attempt to solve this problem, as are some of the most influential investors in the Ethereum community.

It’s also worth noting that on the same day, the Ethereum address associated with Three Arrows Capital sent ETH to the FTX exchange amounting to roughly $77 million.

Finally, back in early November, Three Arrows Capital became an investor in Blizzard, a fund that was created to support one of the “Ethereum killers” Avalanche (AVAX).

The tweet caused a mixed reaction in the community. Some agreed with Su Zhu’s opinion, emphasising that Ethereum’s excessive fees are a huge drag on the growth of the coin. Others criticised the billionaire, saying that he just doesn’t know how to benefit from his transactions, which is why these commissions seem huge to him.

In addition, many investors noted that even despite the fact that Ethereum has a number of disadvantages, it still remains one of the most popular cryptocurrencies and a household name in blockchain tech. After all, it’s Ethereum, not Bitcoin, that successfully hosts and keeps introducing new and innovative platforms and services, each of which turns out to be a huge success.