Euro 2020, will the Azzurri be featured on Sorare?

Arsenal’s ace Bukayo Saka takes off for the decisive kick. He intends to beat Gianluigi Donnarumma. However, Italian goalkeeper manages to save the all-important penalty bringing victory to his team, and Italy wins Euro 2020! Don’t worry, this article won’t be just about soccer, crypto has a role to play too! The French blockchain-based fantasy football game Sorare was able to ride the Euro 2020 hype wave to achieve phenomenal growth… what now? 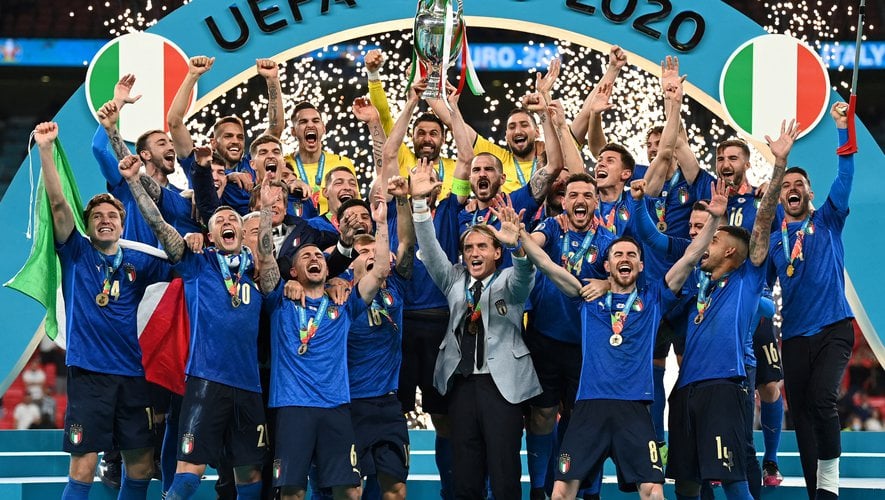 Italy is not yet available

With thousands of cards already in play, Sorare attracts enthusiasts from all over the world. The football NFT card creator has grown significantly and has become appealing to high-net-worth individuals. However, imagine how disappointed Italian fans were yesterday to find out that their country is not yet available on the platform, as shown in the picture below:

I firmly believe that the national hero Donnarumma’s card would be trading at a ransom price.

Nevertheless, with a community that is growing gradually every day, Sorare now has strong arguments to appeal to new clubs and nations. For example, I was surprised to hear two people in their sixties discussing the Sorare phenomenon and their good deals in the metro!

Some of the European football stars are already available on Sorare. Kylian Mbappé, Kevin De Bruyne or Joshua Kimmich, for instance. As for the world stage, there is still some way to go. The 2022 World Cup will be a critical milestone for the game. Imagine the numbers if there were cards for all players of the national teams trading on the platform. Mindblowing, right?

Rest assured, Sorare has got it! Recent speculations of the Les Echos newspaper suggest that the French startup has signed a $500 million (~£360 million) fundraiser, which will surely go towards further development. One way or another, the calm of the market during the summer season will allow the 17 enthusiasts that stand behind the project to gather their wits and plan their strategy with a fresh mind.