The NFT market is actively used to sell various sorts of digital arts and themed merchandise. One of the brightest examples is the recent Marvel NFT collection made in partnership with VeVe. As more companies succeed in their NFT campaigns, more and more new names grow increasingly keen to join in. 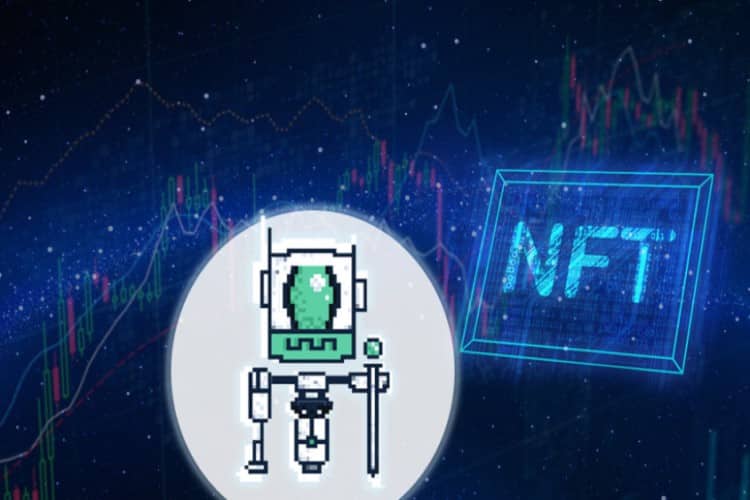 Gitcoin resorts to the NFT market to fund Web3 projects

Gitcoin, a decentralised open-source funding platform, has been watching the NFT auctions of its counterparts succeed and now finally decided to step in. This week Gitcoin founder Kevin Owocki announced a brand new NFT picture collection called Moonshot Bots. The total amount of tokens for sale is limited and equals 303 pieces.

What’s interesting about the project is that each subsequent lot grows in price as the tokens are sold. For example, the first picture sold for 0,0033 ETH (~£7.78), while the last one is expected to cost about 3038 ETH, about £7.1 million. The only issue here is that there is no guarantee that the tokens will all eventually sell out.

So far the auction has been fairly successful, with more than half of the total amount (196 pcs) sold. The total sum of money raised adds up to ~£1.37 million. All of the funds will be allocated to the Gitcoin Grants pool and will subsequently be spent on funding various Web3 projects.

The founder Kevin Owocki has commented on the success of the project: “I don’t expect that people will keep buying them, but I’d be pleasantly surprised if they did. I said at the start that if we raised $50K for public goods then the project would be a success, so I’m completely thrilled that the project raised $1,881,161 so far and took over Twitter for a couple of days!”

The theme chosen for the collection was no accident.

Owocki said that the Moonshot Bots NFT series is themed after the recently established Gitcoin DAO Moonshot Collective that specialises in creating prototype tools for decentralised autonomous organisations (DAO). The Gitcoin team was excited to see the collective’s hard work and decided to reward their efforts. That’s why the Gitcoin DAO Moonshot Collective employees were the first to access the NFT collection right after its launch.

The Gitcoin team has been known to eagerly invest in various sorts of open-source projects. It also took part in funding the Uniswap exchange, the MetaMask wallet, The Defiant news outlet, and also Prysm, a test network that will be used as a basis for Ethereum 2.0. So far the company has funded multiple open-source endeavours, with the amount invested totalling nearly $30 million (~£21.7 million).

Besides, Gitcoin amassed $11.3 million (~£8.21 million) for its further decentralisation and separation from the ConsenSys Ethereum studio, which controls the company at the moment.

The NFT tokens from the Moonshot Bros collection are available to everyone via the company’s official website. However, at this point it will cost a pretty penny, as the next token in line currently comes at 26.8 ETH (~£63,200).

It’s safe to assume that if the collection takes off, we’ll be seeing more NFT series from Gitcoin going forward. Kevin Owocki has partly confirmed that by saying that the company’s future plans include focusing on experimental funding methods.