Gold: The Real Winner of The American Election? 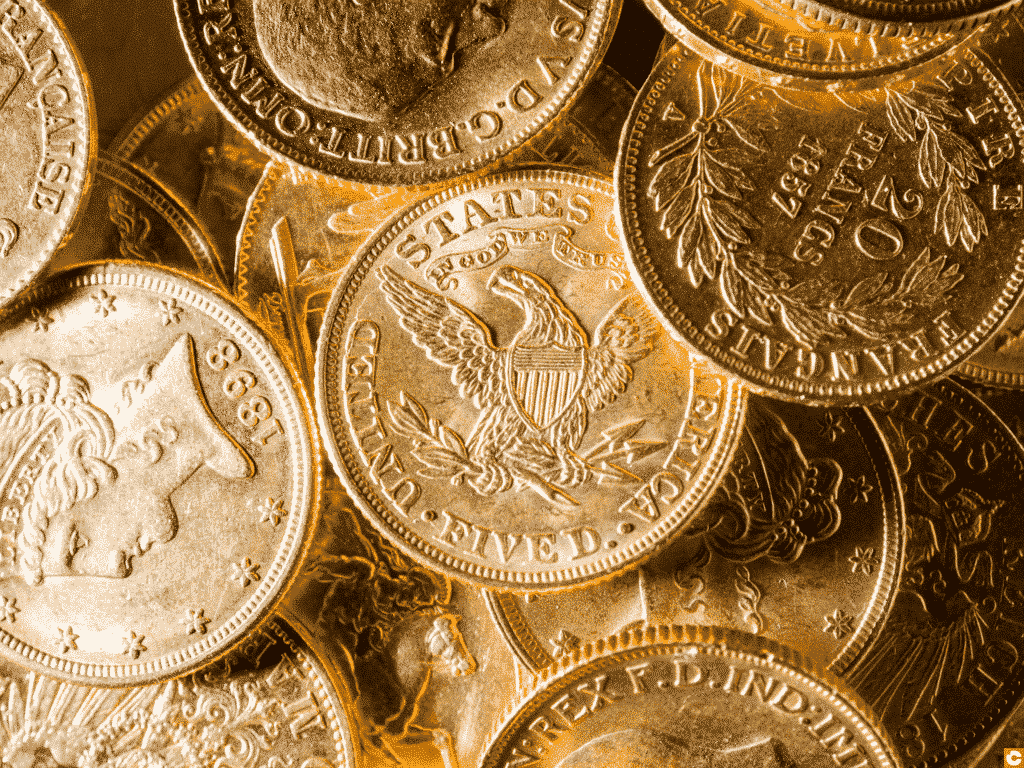 While everyone is holding their breath over the uncertainty of the outcome of the US election, gold, meanwhile, continues to chart its course, benefiting from both a possible challenge to the election across the Atlantic and the pandemic that led central banks to adopt dovish policies that are likely to boost the demand for this precious metal as a store of value. These dovish policies involve promoting economic growth at any cost, regardless of the levels of inflation. It is in this context that many analysts are making predictions about the yellow metal. We researched the various trends in the world’s oldest store of value in order to offer you a condensed rundown and a look back at some historical events. As gold finds itself at the heart of the US election, we’ll zoom in on the major trends of this precious metal at the heart of political turbulence.

(At the time of writing, the official result is not announced and Joe Biden, the Democratic candidate, seems close to victory with 264 out of the 270 electoral college seats required to win)

Warning: This article is presented to you by Vera One. Crypto investments are risky by nature, do your own research and invest only within your financial capacity. This article does not constitute an incentive to invest.

Once upon a time in America: the American gold rush, a pertinent story

An American pioneer panning for gold

Let’s go back to the history of the American gold rush, which inspired so many 19th century adventurers and filmmakers of the famous westerns.

It must be said that this little reminder of history makes us aware of the importance that the Americans give to the precious yellow metal.

The gold rush began in 1799 in North Carolina: after the discovery of a gold nugget of about eight kilos on a farm estate, the adventure kicked off and spread to the state of Georgia, which saw thousands of men flock in, with the hope of finding the precious metal. The great gold-seeking movement was in full swing in 1829, and monstrous discoveries were made at North Georgia Mountains.

However, it was in California where the movement was amplified. Under the ‘California Gold Rush’ or ‘Conquest of the West’, it became a global movement, which would go on to help create the myth of the American dream. It was on these arid lands of the American West that the government of the time and many Europeans came to crisscross the lands from the Mississippi River to the Atlantic. Thousands of pioneers (as they were called at the time) crossed the plains of America in search of their fortune. However, this gold rush wasn’t all rainbows and sunshine, it was also plagued with disease, famine and just general malicious behaviour. The pioneers sought profit above all else, especially the well-being of their companions.

Today, we are talking about another gold rush, but it allows us to put into perspective the origin of the USA’s historical interest in the precious yellow metal.

Gold and the US dollar: I love you neither

For many years, gold and the dollar have been moving in reverse correlation, but this has not always been the case.

This summer, the price of an ounce of gold reached a record highs, far exceeding the dollar, and following the curve of its aptly named ‘brother’, Bitcoin (BTC). However firstly, let’s look at the relationship between gold and the dollar: it is hard to ignore that when the price of the yellow metal rises, the dollar’s value decreases, because gold becomes mechanically cheaper for buyers with other currencies. This is the same for the euro, which follows much the same path. In other words, when the U.S. economy seems attractive, gold goes down.

So, to all aspiring and seasoned investors out there, dear readers of TheCoinTribune, it is simple: the lower the dollar, the more attractive it gets to invest in gold. A look at the current situation in the U.S.: a large budget deficit backed by the Trump administration’s broad stimulus package, which by the last count reached a staggering $300 billion (or a good 15% of GDP), I’ll let you imagine the less than desirable landscape of our neighbours across the Atlantic.

Gold has reached its highest levels for six consecutive weeks, just like Bitcoin, which lit up the crypto sphere by reaching $15,000 on the eve of the result of the US election, a date closely watched by investors all around the world.

The dollar is hitting its lowest level in two years, a phenomenon accentuated by the predictions of some investors that see Joe Biden as the winner. Analysts predict that a victory for the Democratic nominee would pave the way for a bigger fiscal stimulus package than Donald Trump would ever pass, and thus an unprecedented rise in the price of gold.

Some analysts like Ole Hansen predict that the interplay of a Biden victory and a Republican-dominated Senate would eliminate much of the political uncertainty and thus boost the performance of precious metals, with stocks sharply rising and a dollar going the other way.

This weekend in New York, the ounce of gold closed at $1,949, up by more than 2.6% and nearing its summer highs. With the results of a highly contested U.S. election hanging in the balance, the Fed is putting on the pressure to unleash even more monetary stimulus, meaning a golden outlook for all precious metals.

Trump or Biden: How can gold evolve?

While investors have been watching the elections for weeks, a news cycle that can’t stop sowing discord in financial markets, notably by announcing that the outcome could cause the markets to collapse, many analysts are betting on a fall in the dollar, resulting in a rise in gold.

Back in 2019, Donald Trump’s tweets were pushing up gold, and it has been rising for several years.

So, after a sharp rise this year and during Donald Trump’s presidency, what would a Joe Biden victory mean?

On the contrary, in the event of Donald Trump’s re-election, the dollar may well be moving towards new highs, driven by a low corporate tax rate that would benefit investors, as well as a weakening of precious metals, particularly base metals, thanks to trade tensions with China.

In a mixed scenario, where we would have Joe Biden at the head of the United States and a Republican Senate, the financial markets could interpret this scenario as a dead end for the various reforms underway, and in turn create only small shocks in the market.

Let’s take a quick look back to remember the frantic movements of gold at the time of the previous U.S. election in 2016:

·        It must be said that the election of Donald Trump was a surprise, and the financial markets are not fond of surprises…

·        Investors who had not anticipated such a scenario then took refuge from their risky investments, and as the saying goes: the oldest safe haven is gold, even if it might be overtaken by Bitcoin.

From now on, all predictions are possible. JP Morgan analysts, meanwhile, are anticipating the following possible scenarios:

·        A blue wave for Democrats could push up the price of gold by 5% and cause the yellow metal to soar as markets react badly to a tightening of taxation.

·        If Joe Biden wins but Congress is Republican, then analysts predict a more moderate increase of about 2%.

·        In the event that Donald Trump is re-elected for an additional term, then the price of gold could fall by 5% in parallel with a revaluation of the dollar.

It should be noted that the famous investor Warren Buffet, who has been staunchly opposed to gold for many years, invested in Canadian gold producer Barrick Gold during the second quarter, sending an important signal to the entire ecosystem.

So, who do you think will triumph, Trump or Biden? Place your bets!

So when will the gold rush begin?

While many markets have gone into wait-and-see mode, you’re probably wondering if it’s the right time to invest in gold?

The price of gold seems to be hesitating, as too the price of silver, which remained unresolved in the face of US election uncertainty but seems to be rising on the back of American TV channels’ calling the result of the election.

Gold price against the dollar in November

If in the short term we will see increased volatility, it is likely that the outcome of the U.S. election will change the gold market only slightly because of pronounced uncertainties in the U.S. market.

Regardless, if you want to know how to invest safely and securely in gold today, while participating in the digital transformation and tokenisation of raw materials, we have the solution for you: VeraOne, THE French stablecoin based on gold that allows you to combine the best of both worlds.

Thanks to its ecosystem, VeraOne’s mission is to promote instant and free transfers between individuals worldwide, cutting out the middleman. And if you’ve been following us closely, you’ve already seen it mentioned regularly in the Alternative Investment Column.

So, if you too have decided to follow the result of the US elections scrupulously while thinking about your alternative investments, feel free to read to us every weekend. Turn Lockdown 2.0 into your golden investment opportunity!