GUNOX: all you need to know about the project

At the beginning of November 2021, there will be an important event in the blockchain industry – the launch of the game GUNOX. The project differentiates itself with a wide range of tools for earning profits and a high tech base for conducting transparent tournaments. How GUNOX can change the gaming industry and why crypto community members might want to pay attention to its development. 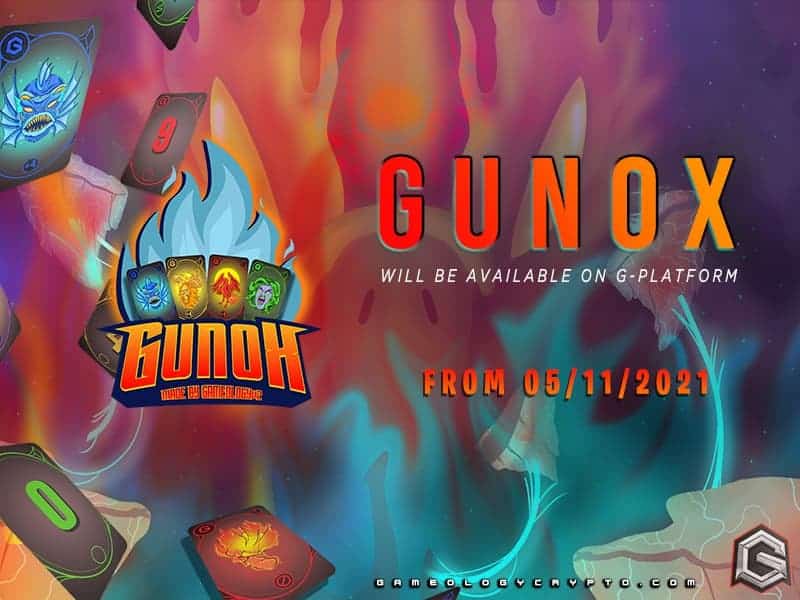 Note: This article is brought to you by GUNOX. Cryptocurrency investments carry an inherent risk. Do your own research and never invest more than you can afford to lose. This article does not constitute an incentive to invest.

The beginning of the new era of blockchain games

The launch of the GUNOX beta version is planned for November 5th, 2021. The game will be launched on the G-PLATFORM platform. GUNOX opens a whole range of opportunities to earn money for its players. Moreover, everyone is welcome to participate in the GUNOX tournaments.

The project stands out among competitors for two reasons: a wide range of instruments for earning profits and a high tech digital environment that fully simulates a real-life gaming process.

GUNOX is a blockchain version of the popular card game UNO. The cutting-edge technological capabilities allowed developers from the Italian company GAMEOLOGY to transform good old classics into a digital environment.

The goal of the game GUNOX is to discard all cards. It is possible by following the rules of the game. The system gives 7 cards to each player and places one card on the table. Players have to beat this card and the next following. The cards are beaten by cards of the same colour or number.

Also, the GUNOX deck includes the cards with actions. Each “action” card has its meaning. For example, one of the cards allows a player to change the colour, another makes a competitor take 3 more cards from the deck.

Interesting fact! The GUNOX deck consists of 70 cards: 60 cards with either numbers or actions and 10 special cards in the NFT format. The latter cards were sold by developers on the OpenSea marketplace. Those cards were created together with a team of designers.

GUNOX has no limits for the prize pools. Players decide for themselves how big the pool will be. At first, the system will form a prize in the form of the native GAMEOLOGY tokens – GMYX. Later, the developers will integrate other cryptocurrencies into the platform, including such leading currencies by market capitalization as Binance Coin (BNB).

The game is compatible with the GMYX-oriented mining simulator G-MINER that allow users to substantially grow their winnings.

In that way, GUNOX players can earn in at least 3 ways:

Also, the GAMEOLOGY team emphasizes that in the future GUNOX will help various tournaments that will be open to everybody. For example, in November, for those who would like to try the game out, there will be a free-to-play tournament with a $500 prize pool in GMYX as part of the collaboration with a tournament organization website.

How GUNOX will change the online gaming industry

GUNOX is a new generation game that is qualitatively different from other games available in the market. Let’s dive deeper into two of its features.

1. The developers provide players with a complete digital environment

The GUNOX environment is a digital environment that successfully imitates a real-life gaming experience. The developers incorporated several instruments that help in creating the presence effect. One of such tools is the creation of virtual audience seats.

Each user can invite friends to witness the game. For that, the system shares special links. In this way, GUNOX creates a virtual audience hall that is filled with fans and supporters just like in offline tournaments.

2. GUNOX is a fully transparent project

Another key element of the project is the formulation of a fully transparent trusted operational environment between players and the platform. GUNOX is built on blockchain. The technology allows to register all the information and it is tamper-proof.

The fact is that blockchain technology assumes packing data into the validated blocks. Any attempt for tampering is immediately recognized by the system as an error and leads to a negative response on the validation process.

A decentralized approach to data storage that assumes that GUNOX has hundreds of thousands linked with each other copies allow instant verification or denial by record matching.

Do not miss a chance to be among the first to dive into the GUNOX digital world that will allow you to look at the online games’ capabilities from a different angle!