The death of the eccentric John McAfee at the age of 75 came as a shock to the digital world. The case is now considered a suicide going by the initial investigation, as El País reports, however, the fuel is still being added to the fire as the controversy around the cause of this striking death continues. The wife of the deceased refuses to accept the official version favoured by the Spanish authorities. 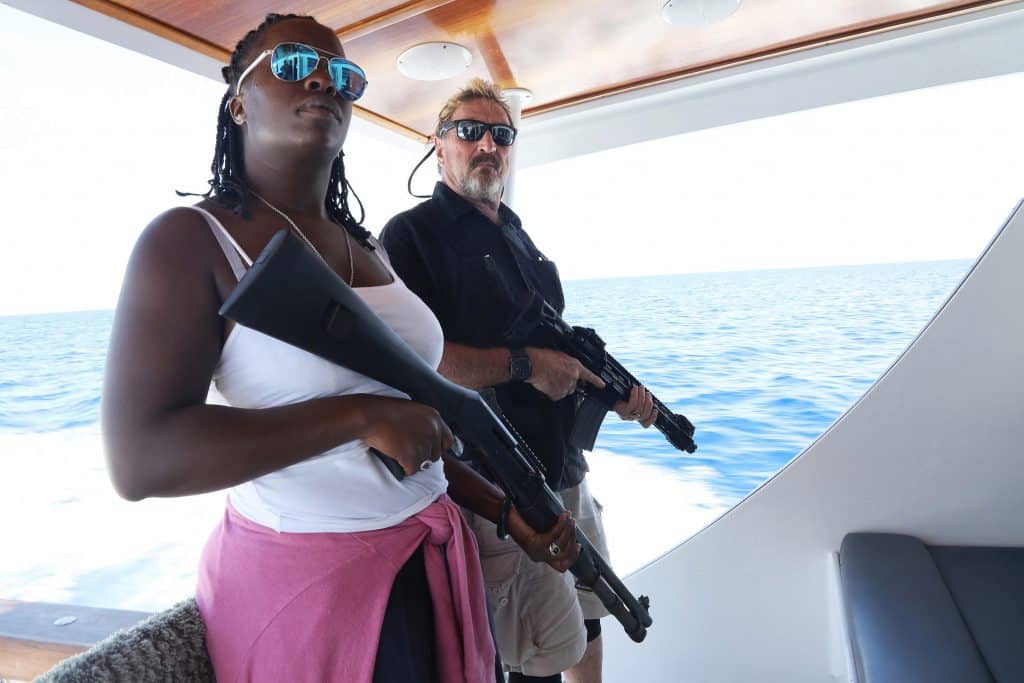 As we briefly discussed in our first posthumous article dedicated to this legendary expert in crypto pump and dump, the death of John McAfee has made a buzz and is still raising lots of doubts.

He was found hanged on 23th June in his prison cell in Barcelona. The preliminary investigation named it a suicide, according to the newspaper El País, which got access to the autopsy report.

However, several disturbing details shatter this flawless hypothesis, putting a worm of doubt in the minds of those who are curious enough to explore the events leading up to John McAfee’s death.

In the first place, let’s recall a series of foreshadowing tweets from 2019 we touched upon in our previous article.

John McAfee predicted his death would be disguised as suicide, having gone so far as to have this message tattooed on his arm to prevent any attempts of covering up a possible homicide. He also claimed to possess some confidential information about the CIA as well as to have been threatened with death as a consequence.

However, the most confusing fact here is this particular tweet, posted a few days after John McAfee was imprisoned and a few months before he was found hanged:

That proves to be enough to give birth to wildest conspiracy theories.

Such obscure circumstances were the trigger which prompted his wife to doubt the official hypothesis. Moreover, his latest statements are not likely to put an end to new conspiracies popping up.

Janice McAfee, a former Miami prostitute, married to John McAfee since 2013, steadfastly refuses to trust the Spanish authorities’ favoured version — suicide — and has demanded a thorough investigation into the circumstances of her husband’s death.

As her argument, she first recalls a sudden appearance of a suicide note in John McAfee’s pocket, which she knew wasn’t there during the retrieval of personal belongings.

Furthermore, the widow presents a novel argument going against the official version. Her husband was willing to continue his legal battle against extradition to the US on the grounds of tax fraud, she explains. He was prepared for his appeal complaint dismissal and was already making plans for the future.

“We had a plan of action in place to begin the appeal process and we discussed plans for the next stages of his legal fight. The extradition would not have happened immediately, it would have taken many months at least”.

“John was a fighter and he had so much more fight left in him. He told me not to worry, we would continue to fight all the necessary appeals”.

According to these statements, John McAfee surely wasn’t anything like a defeated man ready to take his own life. In the letter to both her husband and the public, Janice McAfee also attacks the mainstream media, calling them a “malignant cancer” for playing a role in the case.

The latest findings of the investigation may finally dot the I’s and help the grieving widow of the renowned antivirus pioneer John McAfee to get out of this nightmare.