Miami mayor will receive his salary in Bitcoin (BTC)

Francis Suarez, who has been the mayor of Miami since 2017, said that he is going to receive his next paycheck in Bitcoin (BTC). He announced this on the morning of 2nd November, the US election day. 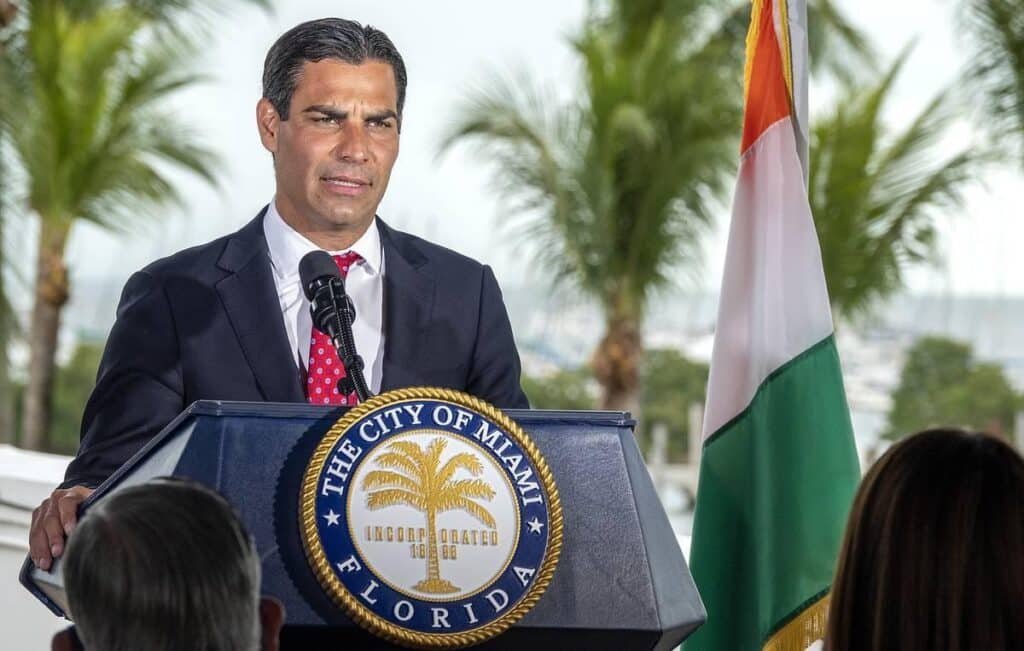 Suarez and his love for crypto

“I want us to differentiate ourselves as a crypto capital of the United States or of the world,” Suarez said in an interview with Emily Chang.

According to the Miami Herald, Francis’ annual salary is $187,500 (~£137,800), estimated at about 3 bitcoins. Suarez hopes that his salary will be converted into BTC using Fintech Strike or Bitwage. CIO and director of Innovation & Tech of Miami, Mike Sarasti, said that his experience receiving a portion of his pay the previous week went flawlessly.

Suarez has repeatedly announced that he wants to turn the city into a global cryptocurrency centre with advanced laws regarding digital assets. Under the leadership of Francis Suarez, the Miami government plans to invest part of the city treasury in Bitcoin. This will make Miami the first city in the United States to have its budget partially in crypto. Many companies related to digital assets are already in the state. For example, Borderless Capital, a venture capital firm, is launching a $25 million (~£18.4 million) fund to support blockchain startups that operate in Miami.

Also, other mayors of the US cities are quite welcoming towards cryptocurrencies. For example, in August, mayor Jason Stewart of Cool Valley, Missouri, offered to distribute at least $1 million (~£735,000) in BTC to several thousand city residents. And Eric Adams, who is running for mayor of New York, said that he wants to make the city a Bitcoin hub.

Last month, Suarez named “a major priority” for the city to pay government employees in Bitcoin. In addition, the authorities have designed a concept of a payment mechanism that will allow residents to pay fees and, possibly, even taxes in BTC.