Crypto art is a movement that is busy turning the art world on its head. Its emergence is linked to blockchain technology, which allows a unique certificate to be issued in digital form, with the resulting product called a non-fungible token (NFT). This year has been a big year for NFTs: in March 2021, Christie’s, the world renowned auction house, sent shockwaves through the art world by selling an NFT by the artist known as Beeple, as well as accepting payment in cryptocurrency during the sale. On the back of this success, the art world is now welcoming the launch of an NFT African art exhibition presenting the portraits of two African kings. 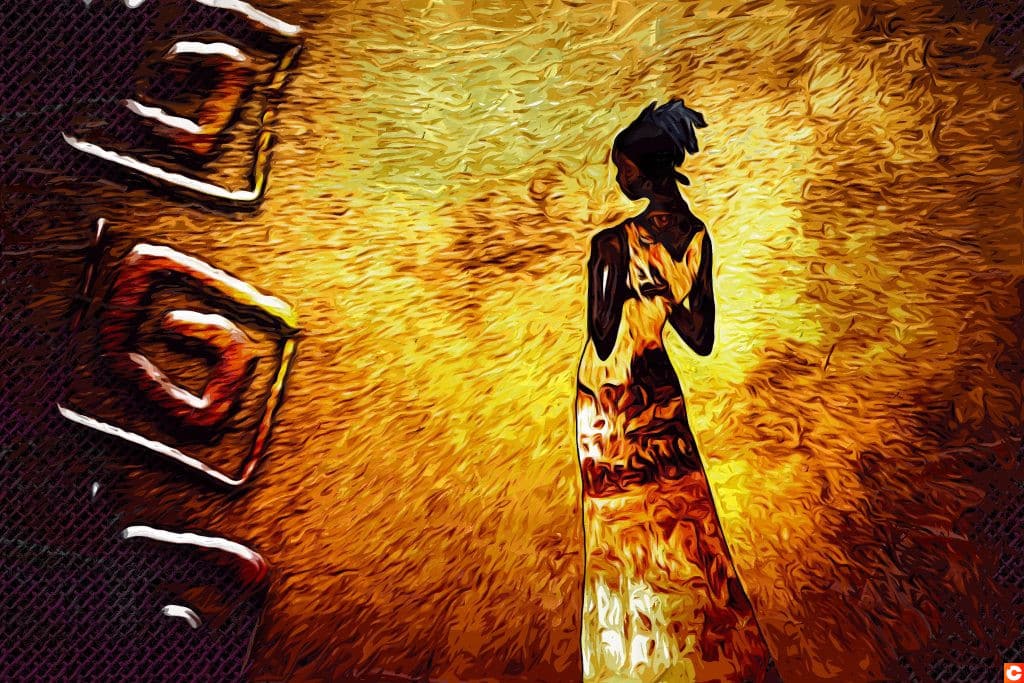 Recently, the Museum of Modern African Art Gallery & Lifestyle (MoMAA) has turned to NFTs to launch a new modern African art exhibition. The event, which will run for 30 days, marks the first time MoMAA puts on an exhibition of this kind. It will feature two pieces by the Croatian artist Goran Pin, who goes by the artistic name of ‘The Portraitist’. According to MoMAA, the artist is among the few who are “pushing the edges of the crypto art medium on multiple levels”.

Via a short post on MoMAA’s official site, the museum also informs us that the two NFTs to be featured from The Portraitist come from a larger NFT collection of kings and queens. In fact, they represent the first portraits of African sovereigns to be stored on the blockchain.

Goran Pin is a veteran of the NFT art world. MoMAA also pointed out that no less than 30 of the 32 portraits contained in his larger Kings and Queens Collection are being minted on the blockchain together for the first time. It marks the first ever NFT collection of kings and queens around the world.

The two African sovereigns featured will be Letsie III and Mswati III. MoMAA was effusive in its praise for the artist, who it described as consistently striving to forge deeper ties between the traditional and crypto art worlds. In fact, they even postponed the sale of their collection at auction to concentrate on the upcoming NFT exhibition.

With each passing day, NFTs garner growing levels of interest from all kinds of different sectors. Twitter CEO Jack Dorsey recently sold his first ever tweet (from 2006!) on 22nd March 2021. It sold for a whopping $2.91 million (~£2.07 million).

NFTs are not an attempt to displace traditional art. They are digital art for a digital era, allowing artists and members of the public alike to profit from their digital artefacts and likeness in a way that was simply not possible before. They also serve as a fantastic reminder that the blockchain is about far more than just cryptocurrencies. Congratulations to Goran Pin, and may there be many more exhibitions to come.