NFT has been 2021’s hottest buzzword in crypto, blockchain, and, more generally, in Web3. Digital assets are shaking the ground in the world of gaming, which has seen the “Play-to-earn” model land in universes such as Axie Infinity. Today, we are happy to introduce you to a new model of gaming called “Play-to-Win” and with it, NFTs can reinvent short gaming! 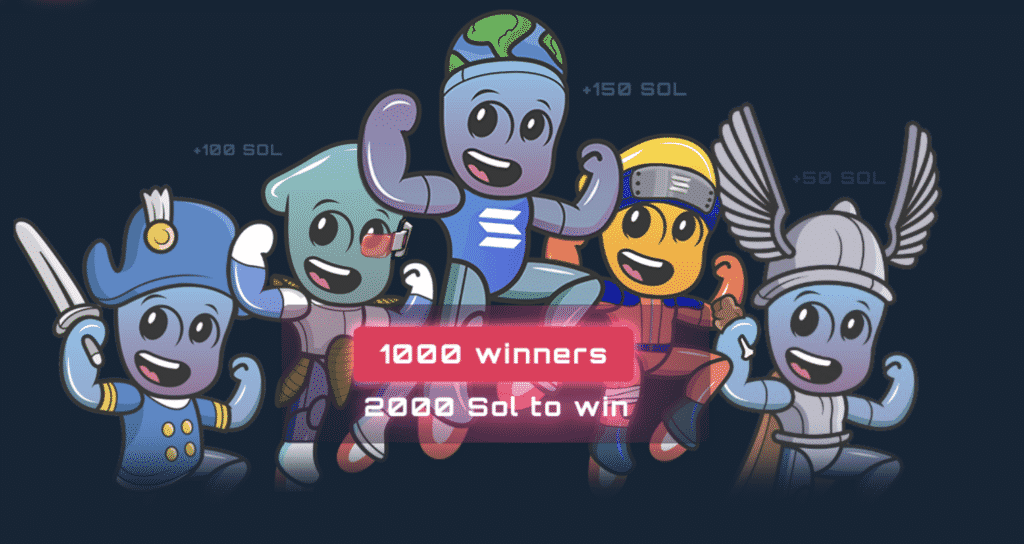 Short gaming: a viral phenomenon that’s actually been around for a while

When we talk about the short gaming sector, we need to take a step back. Tetris, Brick Breaker, Doodle Jump, Subway Surfer, Temple Run or even Jetpack Joyride: the last 15 years have seen a never-ending sequence of games of that kind, each of which has been a tremendous success.

The key to the success of these games rests in the simplicity of the formula that can be roughly expressed through the motto: stronger, higher, further. The player is quickly caught up in the quest to constantly improve their score in order to move up the final ranking and ultimately set a new record.

NFTs are now creating a new craze in the short gaming sector with the arrival of the “Play-to-win” model. This new model implies that your NFT becomes a key to participating in a game. The rules are those of a classic short game, but this time, the purpose is not only to achieve the highest score but also to win. There is a prize pool, and the winner, as you may have already guessed, takes it all.

Solajump, the first NFT “Play-to-win” game based on Solana (SOL)

Solajump is an NFT-based short game where the player’s objective is to jump higher and higher by bouncing off platforms randomly placed in the 2D space. The further you progress in the game, the rarer the bouncing platforms become, and therefore, the higher the risk of a game over.

Those are the keys to the success of the greatest games of this type that you surely know. There are two key differences here. The first is that players can only access the game by owning a Solajump NFT. The second is that the NFT allows players to compete in a tournament that offers significant rewards for those who achieve the highest scores.

Solajump recently unveiled its roadmap that gives a clearer view of the project’s ambitions over time. Starting from December, the initial minting of 10,000 unique Solajump NFTs will take place. 20% of the funds raised during the minting will immediately be allocated to the “Genesis tournament” prize pool. The amount will be added to the current initial prize pool of 2000 SOL.

Following the first tournament, starting from January 2022, each month a tournament will be held, where the best players will share a prize pool worth 100 SOL. In February, Solajump plans to launch its own token called the “Jump Coin” which will allow players to place bets in PVP or private tournaments. PVP mode will be launched in March to earn NFTs, jump coins and more by beating the score of your direct opponent.

And finally, by the end of 2022, Solajump aims to launch an actual arcade game incubator based on the Solana blockchain to capitalize on the experience and help the development of other projects. Finally, each year, new tournaments and NFT mintings will be held to keep expanding the prize pool.

In conclusion, Solajump is the NFT game to watch in 2021. To stay informed about the latest Solajump news, you can join the project’s Discord or subscribe to the official Twitter account. The official site will also give you a good glimpse of the Solajump universe.