One of the main advantages cryptocurrencies offer over traditional currency is anonymity. However, it is anonymity that is oh-so often abused by various scammers. It can be incredibly difficult to track down crypto frauds, but from time to time they can still be caught. For example, the Taiwan Criminal Investigation Bureau (CIB) has recently seized 14 alleged crypto scammers. According to the official information, they are suspected of money laundering. 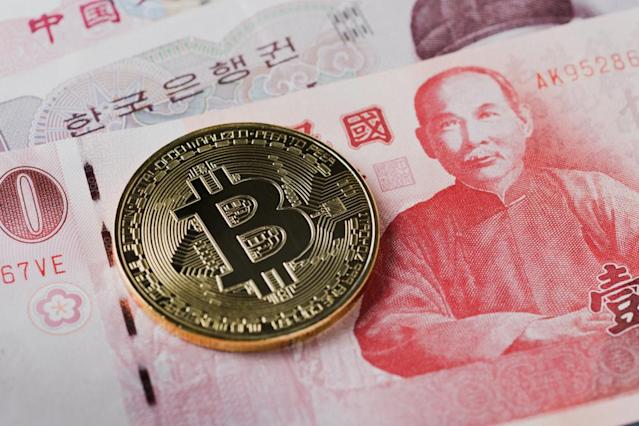 CIB investigator Kuo Yu-Chih shared the details of the investigation. According to him, the alleged leader of the scammers, a businessman named Chen, has been promoting cryptocurrency investments among social media users. In addition, he ran Azure Crypto Co, a Taipei-based platform that offered various investment services, including cryptocurrency transactions.

Chen promised his clients a high investment return using blockchain technology. In his schemes, he invited potential victims to invest in cryptocurrencies such as Ethereum (ETH), Tronix (TRX), and Tether (USDT).

To better attract victims, Chen and his staff set up several websites where they urged their clients to invest in the platform. They also offered to use the help of fake financial advisors specialising in cryptocurrency mining, using photographs of attractive women to create profiles of these “advisers” to lure more male victims into the scheme.

Naturally, right after the victims transferred their money to the wallets belonging to Chen and his accomplices, all communication with them was cut off, and the would-be investors were left with nothing.

The victims of the scam have lost millions

This scheme worked successfully for some time. The fraudsters had managed to defraud more than 100 people around the world around the time the criminal activity of this organisation was noticed by the CIB. The bureau began monitoring the activities of Azure Crypto after it received a complaint from one of the victims. It is worth noting that this victim lost the most since in two months he had managed to invest almost 29 million Taiwanese dollars in the scam (~£1.08 million). According to the information provided by the CIB, he was promised a huge return on his investment, which caused him to lose his guard and invest in this scheme much more than he originally planned.

As a result, after several months of investigation, the CIB searched the Azure Crypto office and then the place of residence of Chen and his accomplices, where they found records showing the exact number of victims.

It is worth noting that such criminal schemes are constantly being implemented all over the world. For example, last month, UK Police seized £16.08 million worth of cryptocurrency from alleged perpetrators of international fraud. At the same time, in the United States, one of the BitConnect promoters stole more than $2 billion (~£1,45 billion). His scheme became the largest crypto fraud in recent years.