Tesla and the future of Bitcoin (BTC) mining: an interplanetary economy?

In February 2021, Tesla sent the Bitcoin market into a frenzy by investing an eye-watering $1.5 billion (~£1.01 billion) in the cryptocurrency. The company’s involvement in the renewable energy sector, together with SpaceX’s ambitions, another of Elon Musk’s ventures, would suggest that both could play a key role in Bitcoin’s future. The founder and CEO of Sazmining Inc., William Szamosszegi, predicts that Musk’s businesses will revolutionise how the cryptocurrency works. 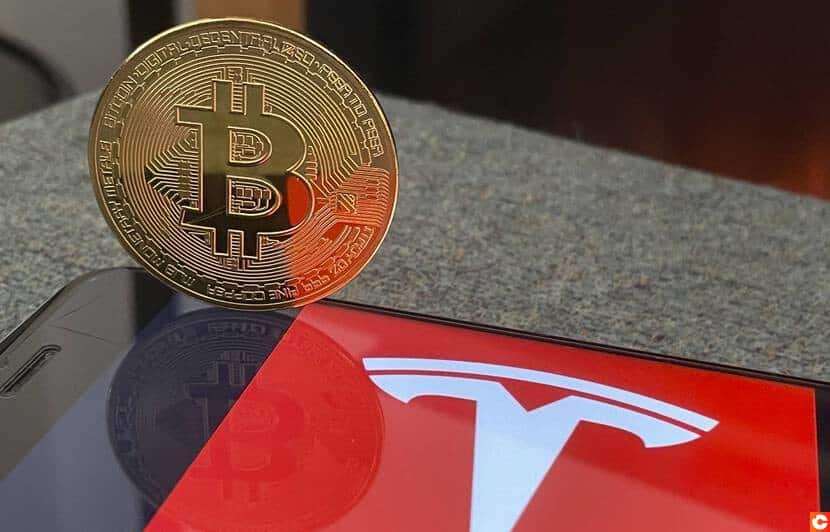 There is something peculiar about Tesla’s electric vehicles: just like the solar panels, solar roofs and batteries sold by the company, they produce an energy surplus. This surplus, currently sold in renewable energy credits (RECs), is responsible for a significant amount of Tesla’s revenues. For Szamosszegi, these kinds of energy stockpiles could be used to power devices during Bitcoin mining: “Without crypto mining, the surplus energy is either wasted or stored and sold for pennies on the dollar. Now, Tesla and other energy companies can turn excess power into a digital asset, like bitcoin, that is instantly bankable.”

Given that most of the current mining activity is concentrated in China the alternative, promoted by the founder of Sazmining Inc., should silence the critics of this practice. In effect, it would allow the pace of decentralisation of Bitcoin’s computing power to increase significantly. The early results from this shift would also encourage other producers of surplus energy to facilitate Bitcoin mining worldwide. While Szamosszegi believes that Tesla will breathe new life into the day-to-day functioning of Bitcoin, he also predicts that SpaceX will avail itself of the cryptocurrency during its colonisation of Mars.

Building an interplanetary economy with Bitcoin at its heart

With SpaceX, Musk is fuelling his dream of establishing a colony on Mars within the next decade. However, the long communication delay between the two planets and the worthlessness of the U.S. dollar outside planet Earth could cause problems during financial transactions. To fix this, SpaceX will have to use a reliable means of transferring money to construct a durable interplanetary economy. This is where the Bitcoin network could come in handy as a satisfactory solution, according to Szamosszegi:

“Bitcoin offers a better solution for securely transferring value between planets on a trusted network where the ten-minute block times end up being advantageous instead of a hassle. SpaceX’s colony can trade locally using a convenient local medium of exchange and securely transfer that value back home to Earth without any middlemen or concerns about inflationary monetary policies on Earth.”

Although the widespread adoption of Bitcoin on Earth is progressing slowly despite the advances made in recent years, it could become an invaluable asset during the colonisation of Mars. Meanwhile, as we wait for Tesla to power cryptocurrency mining, the fracking industry is readying itself to provide cryptocurrencies with an alternative energy source.