William Quigley, one of the co-founders of Tether (USDT), the largest stablecoin in the digital asset market ranked fourth on CoinMarketCap, believes the non-fungible token (NFT) space has enormous potential. 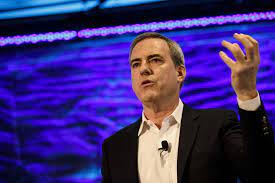 William Quigley, the co-founder of the stablecoin Tether (USDT), believes that the non-fungible tokens available in the metaverse will achieve more than $10 trillion (~£7.2 trillion) in annual sales. The entrepreneur stated in an interview with Bloomberg:

“From a consumer-product standpoint, what’s interesting to me is not one NFT selling for $1 million, but a million NFTs being sold at $1 each. A brand-new business for digital collectibles. That seems to me to have longer legs and overall a bigger market.”

In addition to Tether, Quigley is also involved in the launch of the Worldwide Asset eXchange (WAX), a proof-of-stake (PoS) consensus blockchain that offers NFT services to its users.

Quigley draws a convincing parallel with the video gaming market

The entrepreneur also mentioned the profitability of the virtual item market, which he said is around $175 billion (~£126 billion) a year, and he also believes the annual profitability of the sale of NFTs available in the metaverse will easily surpass that figure. Quigley believes that the annual profit of the market for non-fungible tokens will be at least $10 trillion (~£7.2 trillion):

“In video gaming, the revenue model now is virtual items, and that’s a $175 billion business annually. I think the metaverse should be orders of magnitude more than that because it’s everything, it’s not just gaming.”

Think of the metaverse as a network created by bringing together multiple virtual environments or enhancing real-world space with technologies such as augmented reality (AR) and the Internet of Things (IoT).”

The future of the NFT market has been something of a moot point as of late, with some world-renowned experts stating that its popularity is steadily on the decline, while others, like Quigley, are more than confident in a bright and profitable future that the market promises. As always, we’re only going to have to live to see it, and until then, stay tuned on CoinTribune.