The Emergence of Web 3.0: Decentralised Websites

Hello everyone and welcome to the latest article in this series dedicated to the emergence of Web 3.0. We have already taken the opportunity to discuss the importance of protocols as well as the concept of decentralised identity. 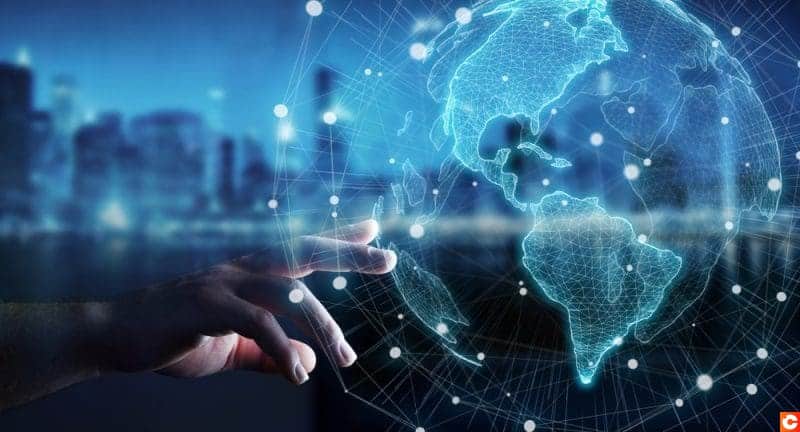 Today, we are going to get stuck into a brand new decentralised topic: the emergence of decentralised websites. Will these websites, which can’t be censored, embody the standard of future interfaces, or will they remain a niche dedicated to a select few of enthusiasts and activists?

Before moving on to anything else, let’s define what a decentralised website is and its challenges.

The principle of decentralisation is eminently abstract and while it is always hard to define a specialist term in any industry, every definition in the crypto universe in particular is accompanied by a range of criteria, which in this case decides to what extent a project/service is decentralised.

When discussing a decentralised web, also known as Web 3.0, a consensus exists within the community on a general fundamental: decentralisation must at least allow a broad amount of autonomy with regards to certain figures who operate within the construction framework of a website.

In other words, it would be impossible in theory to make a truly decentralised website disappear by the will of its host, for example, or even to hide (essentially delete) the site from internet searches even if its domain name were to be censored or sold on.

This sort of criteria makes it possible to establish some sort of standardised profile for decentralised websites. However, drawing up a list may not be the most relevant approach to defining decentralisation, but it does have the advantage of offering a nomenclature in the quest for a decentralised website.

As such, it is essential when creating a website, whose aim is to be decentralised, that its hosting and distribution is not centralised. Quite the contrary, it should be distributed as much as possible through a large network of nodes.

Now we have covered its principles, we can explore two types of decentralisation:

Notwithstanding, it is important to take into account who controls, or rather has no control, over the IT systems and project development.

If there is a website which is distributed on different servers and uses an ENS (Ethereum Name Service) only operated by one manager who is in full control of the site’s content, is it possible to call it a decentralised website?

Why use decentralised websites?

Creating a website is pretty simple these days as the host will facilitate most of the complicated procedures. Unfortunately, due to its nature, setting up a decentralised website is a little more complicated as we will later see.

Knowing that, what would be the point of setting up a decentralised website, when there are other simpler, faster to deploy and more cost effective services available?

Nowadays, as with most ‘free’ easy-to-use websites, it is because the supply is matched by the demand of users who have a varying level of awareness of the facts.

This trend towards the centralisation of many internet services such as computing or hosting, exasperated by giant companies like Amazon or Microsoft, can ultimately harm the web as we know it. Huge amounts of data from a huge number of users pass through these servers every day, and the law under which this data is governed (protected) remains very opaque and under American jurisdiction. Unfortunately, no real alternatives have come to market to challenge this duopoly, especially in terms of quality service, cost and also scalability.

These de facto monopolies that we find ourselves in bring up several ethical issues, notably linked to the use of these websites as well as their content.

Currently, a website can be censored, blocked or modified if its content does not meet the cultural or legal standards of certain countries (mainly those of the USA). Worse still, the censorship may not be simply political but also for economic reasons. Indeed, some of these players have become so powerful that they are able to compromise the infrastructure (or visibility, which is basically the same thing) of any potential competitor who tries to develop a service using some form of their services.

Setting up a decentralised website these days is no longer as complex as you might think, thanks to many services that help simplify the process.

Let’s first look at how to host decentralised websites and how they save distributed data online. Hosting is usually done through the use of decentralised protocols, which can offer similar but at the same time completely different services to the ones we are used to. Let’s discover some of these together.

One of the cornerstones of today’s decentralised websites is IPFS (or InterPlanetary File System) – a distributed file management protocol.

It is comparable to HTTP which, according to some experts in the ecosystem, it could replace in the future. IPFS, however, works in a different way, because instead of sending files to specific servers, it interacts with the network depending on the file in question.

IPFS therefore embodies a completely different paradigm, making it much easier to set up websites which no longer have to be hosted on a specific server, but instead can be distributed over a whole network. IPFS is therefore a potential alternative to the current way the internet works, and it is not the only protocol going in this direction. Data deployed on such protocols is not permanently stored, but only allows for a backup – which is useful from the network’s point of view.

Different decentralised applications (dApps) like Steemit or even OpenBazaar (which is a decentralised e-commerce platform) have already been developed using the IPFS protocol.

ENS: domain names according to Ethereum

So far, we have discussed how to have a site hosted on different distributed servers as well as communication established using the IPFS protocol. There are only a few more steps needed until visitors can access a newly decentralised website.

Put simply, it is a domain name service deployed on Ethereum. In order to facilitate transfers of your cryptocurrency, you can even use your domain name as an Ethereum public address.

At present, while the service does not work on all browsers, users only need the Metamask web browser extension. Even better, Safari (Apple’s iOS browser) is expected to make it natively functional in the future.

A plethora of interfaces

There is also another way of setting up a decentralised website, or at least making a website more decentralised.

It involves creating or enabling various autonomous interfaces linked to the same website. This is one of the special features of dApps which are deployed on public blockchains and therefore accessible by anyone. This allows someone to create their own interface for the same application. It is an approach used on decentralised finance (DeFi) ecosystems where some protocols are directly implemented into existing applications.

Encouraging your community to create independent interfaces is an interesting approach that makes it possible to strengthen the immutability of said website to such an extent it could be classed as decentralised.

These days, it is hard to ignore that the vast majority of internet searches are executed through Google – the industry’s ultra-dominant search engine since the mid 2000s.

However, there are other alternatives which can offer greater privacy protection as well as the chance to give back to the environment and charity. That being said, currently none of these alternative search engines have been able to compete with the Californian giant’s billions of dollars of R&D investment.

Google’s monopoly is having serious consequences on indexing and visibility. In other words, who do you think decides what is going to be seen and what will not? Indeed, pleasing Google’s algorithm is the holy grail for any website that wants to grow its audience and succeed. However, the modifications needed to get the algorithm to work are such an arbitrarily prejudicial process that the visibility – or even the very existence – of whole sections of the digital ecosystem is at risk.

A great example of this is the recent misadventures of the YouTubers from the crypto community, who were wiped off the map ‘by mistake’ through the fault of this whimsical algorithm.

The development of community-powered search engines whose algorithms are transparent and calibrated by the community could be Web 3.0’s next building block, making the latter public and by encouraging its community to be players who can select criteria to promote sites that could potentially solve problems faced by users today (the majority of which users aren’t aware of).

The future of decentralised websites

So, what do we think the decentralised websites of tomorrow could look like? Whether nowadays the ecosystem swings between generally successful experiences and projects which are still in development, every day spent on the internet shows us the need for new forms of websites and apps.

We had the cloud revolution, are we on the verge of decentralisation revolution? Or perhaps will decentralisation only occur in the form it does today (very specific to just a few sectors), where the bulk of users are just about satisfied enough with the ‘golden’ prison provided by the current centralised system?

And so we have come to the end of our look at the diverse and rich subject of decentralised websites. If you have any questions or comments about this article, please let us know through our socials.