Last week, I told you about difficulty ribbons. This type of indicator is unique because for once it is based not on the price of Bitcoin (BTC), but on the miners who secure its network. This week, we won’t be looking at an indicator, but a model. Well, I imagine that term may seem a little alien or incomprehensible to you. Simply put, a model is more complete than an indicator. In fact, it does not have quite the same goal. Models aim to predict the prices of a cryptocurrency over time. They are not a tool that you look at day-to-day. However, it is interesting to consult it from time to time to verify whether the model is still valid. At that point, if it is still valid, it can give you confidence in the future of Bitcoin. Isn’t that beautiful? Come on, sit back and let’s get going! Today, we will discover the power-law corridor (PLC) model! 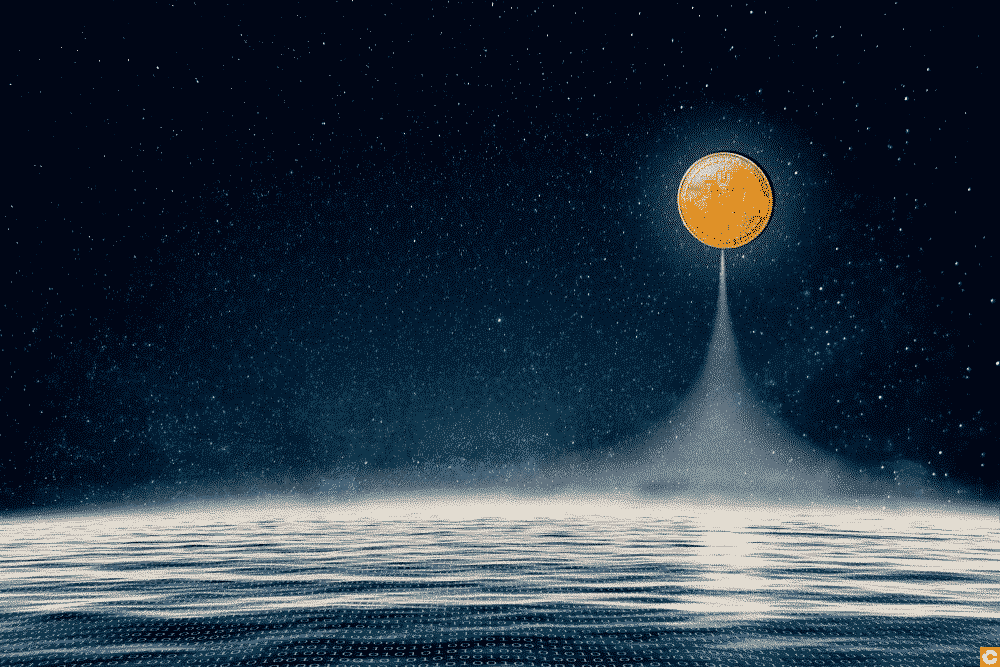 This model was originally described, built and completed by Harold Christopher Burger. On 4th September 2019 (this article can serve as a one-year birthday present!), he wrote a Medium article titled “Bitcoin’s natural long-term power-law corridor of growth”. Under its wordy title, Harold Christopher Burger took the opportunity to precisely lay out the work that led him to create the power-law corridor model.

Image from the original article featuring the PLC

As you can see from this image, the principle of this model is to build a corridor in which the price of Bitcoin oscillates without ever leaving it. To be more precise, Harold Christopher Burger found that Bitcoin spent equal amounts of time in the red and green bands.

In this article, we will discover how he managed to build this model, and we will see how to interpret it, with figures that make you dream, I promise you!

The different steps to building the model

The first step in building this model involves changing your point of view. By that, I mean seeing the Bitcoin graph differently.

Indeed, we often get used to seeing the Bitcoin curve, even when it’s just to monitor its wayward price. Nevertheless, do you know that it is possible to change its scale?

On this graph, you can see the bitcoin price on a linear scale. This scale is the default, although it is often set aside for its somewhat illegible appearance when you want to consider several years at the same time.

For this reason, most traders opt to use another scale, called logarithmic. The graph below is an example.

Today, the logarithmic scale is the most used to represent Bitcoin in the long term. This graph gets this name because the price scale (the vertical axis) is represented logarithmically, while the time scale remains linear.

This is the observation made by Harold Christopher Burger, who wondered what the graph would look like if we looked at the time scale (the horizontal axis) logarithmically.

And the result is… really interesting!

Do you see the difference? I’ll give you three seconds to find out!

Indeed, with the two axes in a logarithmic scale, the price becomes almost linear!

Wow, wow, wow, dear author, you’re confusing us with your logarithms, which are linear or the other way around, we don’t know what’s what anymore!

Well, let’s make it simple! Let’s take a look at the following graph…

See the green right in the middle? This is called linear regression in mathematics. The principle is that it should have steady growth, rather than shaky… Well, in the context of Bitcoin, we can see that the price seems to follow this precisely right!

What does that mean? That Bitcoin sees its price swing at its own pace, which is the same at all phases. This allows us to predict its future value!

That is, of course, under the condition that the model remains valid.

Well, how did he come up with that colourful model? Well, to put it simply, the green line on the graph above is the separation between the red and green sections. The red limit was determined by tracing the line that passes through the three BTC peaks, and the bottom of the green by drawing the line of support for the troughs.

Coming to the final model

Yes, ok, your model is nice, but as usual, hindsight is 2020 and it’s easy to create something valid for a given time frame that five years later becomes useless!

Indeed, you are right about that, I cannot contradict you. Nevertheless, I will answer you one thing: relevance of the data!

Indeed, during his research, Harold Christopher Burger realised that his model only got stronger with time!

On this graph, you can see the correlation between the Power-Law Corridor model and the BTC price.

Thus, the closer the graph comes to one, the more accurate the model is. However, we can see that day after day, the graph continues to rise, gradually approaching one.

This means that the model seems fair and consistent, and that it strengthens over time!

In the end, the Power-Law Corridor model is a complete and powerful model. Indeed, it does not simply give a direction for Bitcoin, or a price target on such a date. It constantly gives possible lower and higher margins for the price, as well as an idea of the speed at which they will evolve over time.

As such, the Power-Law Corridor is probably one of the most comprehensive models available on Bitcoin to date.

Anyway, I’m rambling on, but I’m sure you’re mostly wondering when I’m going to get to the heart of the matter: predictions!

Come on, stop the constant theory and maths, let’s have fun visualising possible interpretations of the model!

Interpretation of the model

Inevitably, Bitcoin will eventually reach $100,000. Well, ok, maybe not ‘inevitably’ (even if I believe it strongly, my boss will give me a slap on the wrist for being so entrenched)… But you all know what I mean, eh?

So what does the Power-Law Corridor model tell us about this target?

Well… According to the graph, bitcoin will reach this value between 2021 and 2028. This will not be possible before 2021 (goodbye dreams of a mega bull run before Christmas)… But we should also note that after 2028, it will be impossible to go back under this value!

According to the Power-Law Corridor, Bitcoin will not be able to reach $1,000,000 until 2028… And after 2037, Bitcoin will never see its value fall below the famous million dollar mark!

Well, clearly, we’re not there yet… And until then, the model will have time to be invalidated…

The 19th chapter of the trading column ends here! I hope you still like this series!

The Power-Law Corridor is a model that asks you to see Bitcoin in a different way: by taking a step back and with the two axes in logarithmic scale. In addition, while relying on mathematics to try to make the model as realistic as possible, this model is still extremely attractive! Here’s to hoping that the model will last until 2037!

What I mean by that is that sooner or later, any prediction model can be overtaken by the harsh law of the markets. So never bet all your savings on a single signal or indicator.

In any case, I hope you enjoy reading all this. Next week, we’ll be approaching our 20th and final column! And to conclude this series in style, I will introduce you to the best known Bitcoin models: the Stock-To-Flow Ratio, or S2F!