The United States Securities and Exchange Commission (SEC) has sent a warning to the Coinbase exchange. This is a new attack by regulators on the crypto community. Ripple got the first punch, then Binance was set upon, and now it’s Coinbase’s turn. Looks like the Commission is attempting to take control over the crypto industry. Luckily, the crypto community is not the same as it used to be a few years ago. It has become stronger and more supportive over each other. 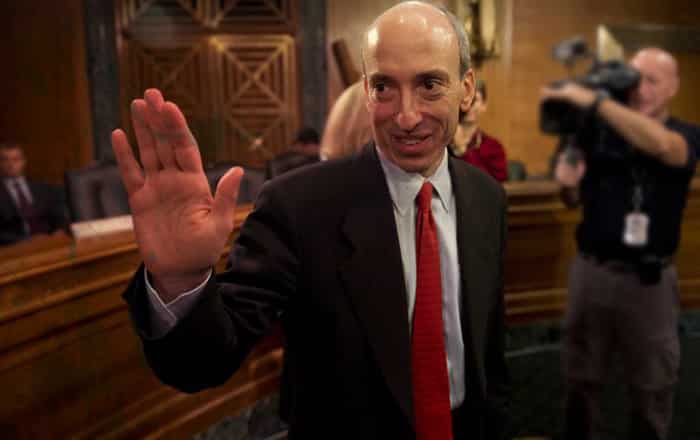 Recently, the SEC has sent a warning to the Coinbase exchange CEO, Brian Armstrong, saying that if the exchange launches its highly profitable Lend tool, the Commission will send a statement of claim to the court.

The Ripple CEO, Brad Garlinghouse, has responded right off the bat. An hour and a half after Armstrong’s tweet, Garlinghouse posted a meme from the movie “Die Hard” with Bruce Willis with the inscription “Welcome to our club, buddy.”

The meaning behind this post is that Ripple has been defending its case in the courts with the SEC for more than a year, and now it’s Coinbase’s turn, whether they like it or not.

Mark Cuban has also joined the chat and tweeted: “… it’s important for @coinbase to be aggressive in their engagement with the SEC. It’s better for the industry that they take on the SEC rather than the SEC go after a small decentralised entity and get a quick judgement that becomes the law of the land for DeFi..”

Cuban accused the Commission of being intimidating and sarcastically noted that it would be great for the SEC to voice their demands throughout, instead of sending them in response to the claims. He also wondered why the choice fall on Coinbase when there were many businesses working in the crypto sphere with high-yield tools on offer.

The tweets were just the beginning.

The industry demands the Commission to provide clear and unified instructions explaining what is considered to be legal. That was to be expected, considering all the challenges set for the crypto community by the SEC in 2021.

Ripple has been fighting with the Commission for several months attempting to prove that its XRP tokens are not unregistered securities. Why it took the SEC as long as eight years to file a lawsuit, and why the demands for Ripple differ from the demands for Ethereum remains unknown.

As for Coinbase, the company says that it is doing its best to explain to the Commission how it plans to make its Lend product secure for investors. According to Armstrong, the SEC has refused to talk to him.

Moreover, the Commission has started to drag the decentralised exchange Uniswap, despite it being one of the most transparent and easy-to-use platforms in the DeFi sector. Now the SEC is investigating the company, hand-glassing for fraud, rug-pulls and pump-and-dump DeFi schemes.

There is a strong reasoning behind Armstrong and Garlinghouse fighting in court, rather than staying silence and taking all the knocks and blows from the Commission.

Why are the SEC’s relations with the crypto community so toxic?

The answer is in the New York Times issue from 5th September. It states that the sharp increase in offers from crypto-lending companies and high-yield deposits had a devastating effect on the entire banking industry, and regulators were barely keeping up with the rapidly changing sphere of finance. Gary Gensler, new Chair of the SEC, hold discussions with European parliamentarians on that particular issue.

Many have been shell-shocked by the Commission adopting an anti-crypto policy, as only a few months ago, when Gensler got behind the SEC’s wheel, everyone thought that the crypto industry was going to see its fat years.

In the crypto environment, Gensler was considered an insider who would stay loyal to the industry. He had even taught a course on crypto at the Massachusetts University of Technology. Not only didn’t he become a crypto promoter, he let slip the dogs of war. Now all companies, traders, miners, and investors are guessing what Gensler and Co. have in store. The only thing clear is that no one is immune.

Perhaps Gensler’s behaviour stems from him being pressurised by the big brothers from the White House and the Treasury, who see crypto as a threat to the US dollar. He could also just be a believer that thus the SEC is protecting investors. If that’s the case, Gensler had better listened to the public response more carefully, as many investors have already managed to throw virtual tomatoes at him for putting obstacles on their way to earnings. Today the US banks offer hardly more than 0.5% per annum, while the DeFi sphere can offer 5% at least .

Whatever the reason, crypto companies have been forced into the fight for their own future, where their further actions determine the outcome.

The wind of change

Battles with government agencies are tough, however, crypto companies are no longer just competitors to each other, but a cohesive force. That became clear last week when the CEO of the Kraken exchange Jesse Powell, a long-time opponent and competitor of Armstrong, sent words of support to Coinbase.

If Kraken and Coinbase stand up for each other, then, together with Uniswap, Ripple and any other crypto companies, they would be able to come up with a stratagem and side against a common threat in the face of the Commission. The SEC is a seasoned soldier and has a history of destroying businesses, including the online poker empire.

No guarantee of success, but it’s worth giving a try.

Meanwhile, on 13th September, Coinbase announced its plans to issue bonds for $1.5 billion, and this statement comes at a time when the SEC takes interest in the company.

Apparently, the exchange is not afraid of the Commission and the claims.

Ripple’s experience in boxing with the SEC shows that it can and should be fought. After all, Ripple is still afloat, and XRP is growing. Nevertheless, huge profits that the DeFi protocols offer leave no doubt that the attacks on crypto will follow.