What Is Chainlink (LINK)?

Chainlink is known as an oracle network in the world of cryptocurrencies. To put it simply, an oracle is a system that collects reliable data on something in particular and then transmits that information to a smart contract, which will use that data to decide whether or not to execute it. 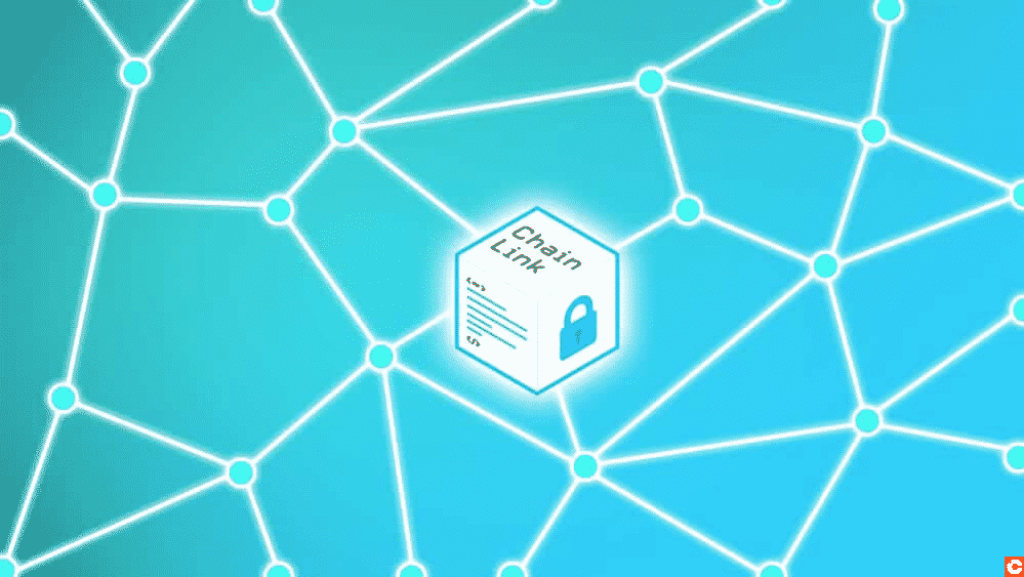 In this article, we’ll see how exactly the project works to make things clearer and more understandable for you.

What is the problem that the project is trying to solve?

Smart contracts allow you to automatically perform certain tasks when specific conditions are met. For example, smart contracts on the Ethereum blockchain have been very useful for many ICOs. When a certain number of people contribute a certain amount, the sale stops and the tokens are then distributed on a fixed date to the Ethereum address that had been used for the payment.

All of these things are easily programmable on the blockchain and can run very simply. However, what happens when running a smart contract requires information that the blockchain cannot get on its own? You have to go to another location and then pass that information on to the blockchain. To illustrate this, we can take two examples:

Our first case concerns insurance for flight delays. If the flight is two hours late, the user will receive a 20% discount, and if it is five hours late, they will be refunded in full. However, the smart contract cannot know this information in advance and someone has to pass that data on to it.

We can also talk about the results of an election. Two people may have made a bet on the victory of the Democrats or the Republicans in the U.S. election. Again, it is essential for an oracle to transmit the information to the blockchain in order for the smart contract to run properly.

However, there is also another problem that needs to be solved with oracles: ensuring their reliability. Erroneous data cannot be transmitted to the blockchain, as this would mislead the smart contract and the execution of it would not be in line with reality.

How does Chainlink work?

In order to obtain reliable data, Chainlink uses several different nodes. These nodes then establish a consensus between them in order to provide aggregated data to the smart contract. In this way, the smart contract is not based on data from a single oracle, but on data provided by several different ones. This makes it possible to have a much greater probability that the information actually corresponds to reality.

As far as the technical part is concerned, things are a little more difficult to understand. The Chainlink network operates both ‘on-chain’ and ‘off-chain’. One party collects the information and the other takes care of inserting it on the blockchain according to the requests.

Chainlink’s on-chain part uses the Ethereum blockchain for its oracle contracts. When a request for data outside the blockchain is made, the query is transferred to the Chainlink network that processes the request on its own blockchain. Next, Chainlink is responsible for finding the oracle service that matches the demand. The whole thing works using a ‘Chainlink contract’ which is divided into three parts:

The off-chain part is one that rewards or punishes users who have provided the results to the given query. When an oracle provides an answer, it is checked against those provided by other oracles and weighted by the reputation of each node.

When an oracle provides information deemed relevant, it is rewarded with LINK tokens and its reputation increases, allowing it in the future to be chosen more often to provide data.

Conversely, when the answer given by an oracle is considered bad or false, that oracle may suffer a penalty and their reputation diminishes. Gradually, it will no longer be chosen and will no longer provide any data to Chainlink.

This mechanism strongly incentivises oracles to provide correct information. The more honest and reliable they are, the more regularly they will be chosen and the more rewards they will earn. On the other hand, dishonesty is punished and can lead to financial penalties.

The link between Chainlink, DeFi and other projects

Chainlink is considered the most reliable oracle currently on the market. As a result, other projects use its services to obtain reliable information. For example, most of the projects that revolve around Decentralised Finance (DeFi) use smart contracts and need external information to execute certain transactions.

If DeFi projects would use a centralised oracle service, then this could be problematic. If an oracle were to be hijacked by a hacker, then it would be easy to manipulate the information it provides to make it work to the hacker’s advantage. This problem has happened in the past and is likely to happen again in the future. It is therefore important for DeFi to use a decentralised oracle system, such as Chainlink, where hacking and manipulation are virtually impossible.

However, Chainlink cannot be the quick fix to all the problems faced by other projects to find reliable oracles. If everyone decided to use only Chainlink, it could create a problem if for some reason Chainlink stopped working. They would no longer have any oracles at their disposal and could no longer function.

While Chainlink is probably the most reliable oracle at the moment, other projects have an obligation to use others at the same time to avoid this kind of problem. In addition, Chainlink was the victim of a spam attack in September 2020, where several hundred ETH were stolen from the wallets of the nodes. The problem was quickly resolved, but it must keep you to the idea that at present, Chainlink is not a foolproof miracle solution.

Chainlink’s ICO took place on 19th September 2017. At the time, it was a huge success as sales reached $32 million in just two hours. In total, there will be 1 billion LINK, which have been distributed as follows:

Since the date of the ICO and the date of writing this article (January 2021), the number of LINK tokens in circulation has increased from 350 million to about 400 million. These are only introduced to the market very slowly, which is a good thing. There are still almost 60% of them that are not yet in circulation.

The LINK token is used to pay the operators of the nodes. They must obtain data from an external source, convert it to a blockchain-readable format, use computing power and provide guarantees of availability. Because they do not do so on a voluntary basis, they must receive a payment for the services they provide.

All companies that want to use Chainlink’s services can only pay with LINK, they have no other alternatives. The price for one to get information depends on the demand for the off-chain resource and the available supply of similar information. It is not possible to negotiate this price, it is set automatically.

We hope that you liked this article about Chainlink and that you now have a better understanding of how the project works. As you have seen, finding quality oracles at the moment is not easy and Chainlink is trying to fill that need.

Thanks to its incentive system, good actors are rewarded when they provide reliable information, while bad actors no longer have the opportunity to provide data and earn LINK tokens as rewards.

In order to provide as reliable information as possible, Chainlink relies on the results of several nodes before providing final information. The information provided by each node is weighted by its reputation and the final data is a compilation of all the data received.

While Chainlink is probably the best oracle at the moment, that doesn’t mean it’s a foolproof system. The project is still under development and things are improving over time. However, other players also want to forge a place in the blockchain oracle ecosystem, which will force Chainlink to outperform its competitors if it is to maintain its current market leadership position.

If you liked this article about the project, please check out our other guides on Chainlink which discuss other topics related to this promising oracle service.