Setting aside the concept of the word for a moment, ‘blockchain’ has become a true buzzword nowadays. Since the emergence of Bitcoin, we have been hearing about the blockchain everywhere: on the TV, in the newspapers, in company jargon, and even around the dinner table! 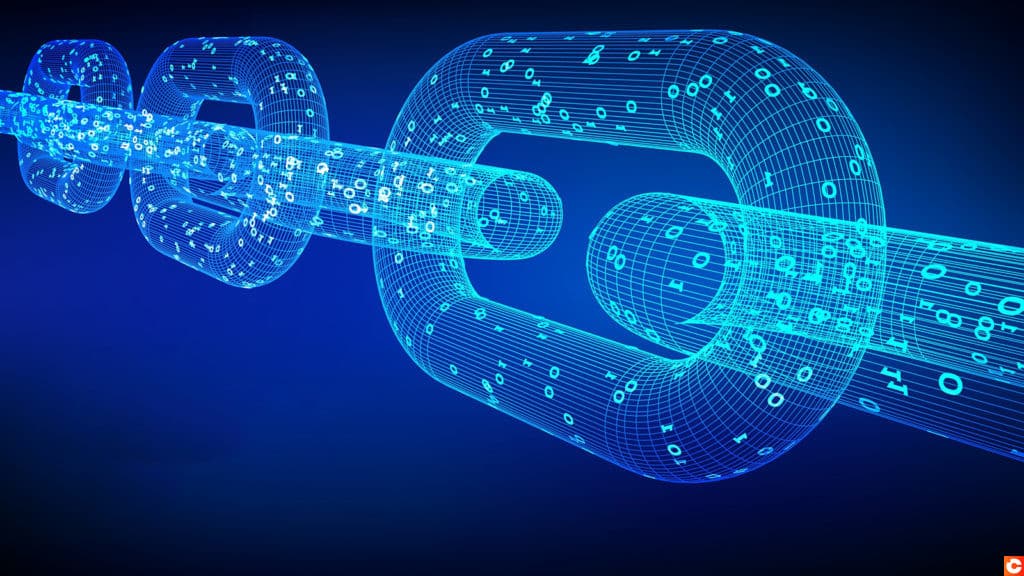 The aim of this article is to give you a clear and understandable answer for everyone who ever asks you, “so, what is the blockchain then?” This article will prepare you in the best way possible for when your grandmother asks you this question for the umpteenth time. And yes, it will be simple enough that even she can understand! Let’s dive into this practical, four-step guide to explaining the blockchain ‘for dummies’.

1: Where did the blockchain come from?

1991: the first use of the blockchain

Two American researchers, Stuart Haber and Scott Stornetta, first came up with this technology when they wanted a method of time-stamping documents digitally. At its inception, blockchain technology was used to ensure the authenticity of these documents on a computer. With this first example, we could already see the potential of blockchain technology. However, this wasn’t quite enough to prove the technology’s worth, because, after this first test, it did not really take off. In 2004, the patent filed by the two researchers fell into the public domain. This opened the door for Hal Finney to improve upon the existing technology.

2008: the birth of Bitcoin, the famous cryptocurrency that everyone is talking about

Now is a good time to tell your grandmother that the blockchain isn’t just about Bitcoin. There are other blockchains that have multiple use cases, and new uses are still being discovered today. A useful comparison to make to understand the history of the blockchain is one with the internet.

Now that we have seen the historical context of the blockchain, let’s get to the heart of the matter: the explanation of this ‘chain of blocks’.

Before we get to this point, a piece of advice. Make sure the person you are explaining this too is still following you. In 99% of cases, this is the moment when you risk losing your audience, which is a shame because it is probably the most interesting part! Look, I’m counting on you here to make sure that Grandma is still awake!

The blockchain does exactly what it says on the tin. When you say that to Grandma, it’s still a little hard to imagine exactly what we’re talking about. Again, let’s use some comparisons to make this blockchain concept much more concrete.

Let’s say that your Grandma is very rich. She has £100,000 and wants to leave her money to her children. Today, if she wants to transfer that money to their accounts, she can do it through her bank. She first has to check that she has the £100,000 in her account and if so, will transfer it to her children’s bank accounts. This operation requires the intervention of a third party, in this case, the bank. With the blockchain, Grandma can carry out the same transaction without a bank (without an intermediary). It can transfer its money directly to anyone, all over the world, much faster than with a conventional bank.

The transactions goes as follows:

3: What’s the blockchain for?

Now we need to continue this same example to explain what the blockchain’s role is in all this!

Digital blocks are essential. Grandma is able to fill up blocks with any transactions she wants to make. In order for the transaction to occur, the block must by validated through a cryptographic process (basically very hard maths) and added to other blocks that also contain within them all transactions made previously. All of these blocks in sequence contain all validated transactions ever.

That’s the blockchain, a technology that transfers value between members of a network who don’t necessarily know each other, without having to rely on any third party.

In the example of money transfer, the intermediary in question is the bank. But blockchain technology can also replace any intermediary who carries out transactions today. If there is one thing to remember about the potential of the blockchain, it is this one. So, Grandma, shall we move onto Bitcoin?

We’re starting to see a little more clearly what this technology is and its potential to disrupt existing solutions. This is exactly what interests all these little kids in the market. Grandma has seen some of it, but we will have to explain a little more to really win her over.

4: The benefits and scope of possibilities unlocked by this technology

Here, we must emphasise the fundamentals of the technology while remaining clear, precise and impactful. And yes, Grandma has cakes to make, so don’t drag on for too long!

Blockchain is a decentralised technology

Let’s take the example of banking and money transfer. In the system we know, banking institutions centralise all data. Blockchain technology, on the other hand, decentralises this same data, since each computer in the network has its own copy of the blockchain. These computers – nodes – are in charge of validating transactions. This represents a paradigm shift from the centralised world to a decentralised one. In a way, a trust transfer is being made from a centralised institution to a decentralised cryptographic technology.

This decentralisation is important because it also ensures the security of transactions. With the blockchain, it is impossible to cheat the system. Once a block is added, you can’t go back: it’s forever carved into the block! If a member of the network wants to cheat on a transaction, other members notice and cancel it.

All institutions (banking, states, etc.) face the same problem: black box syndrome. We are obliged (and Grandma will also be aware of this for sure) to place our trust in these third parties. Yet, although we ‘trust’ these institutions, we don’t really have the right or the ability to ‘look inside’ and know what’s really going on inside them. The blockchain eliminates this problem, as it allows you to track all transactions made in real time.

Understanding the blockchain and its power is just that. Give yourself the opportunity to conduct transactions with complete confidence and transparency through technology. Two things that our society needs at all levels – isn’t that right, Grandma?

With the blockchain, you can know in real time where this money actually is once you deposit it. It is just like when you browse the web for the answer to a question.

Traceability is also highly valued by companies for logistics and product tracking issues, as they can always know where their goods are at any given time.

The possibilities are enormous and not yet all known. Almost everything remains to be discovered and built, and that’s what makes blockchain technology so exciting. Unfortunately, it is still misunderstood by too many people… Well, except for your Grandma now!

So, how did it go? Is the blockchain no longer so difficult for you and your granny? Here is a quick recap to make sure you don’t forget anything when it comes to putting it into practice at your next family dinner.