Notaries and the Blockchain: What is the Future?

Since its inception, the blockchain has shook up norms and traditions in many industries. Many occupations are set to change drastically and perhaps even disappear with the deployment and democratisation of the blockchain’s decentralised registries. Among these occupations are notaries. We put the spotlight on the intricacies of notaries and blockchain. 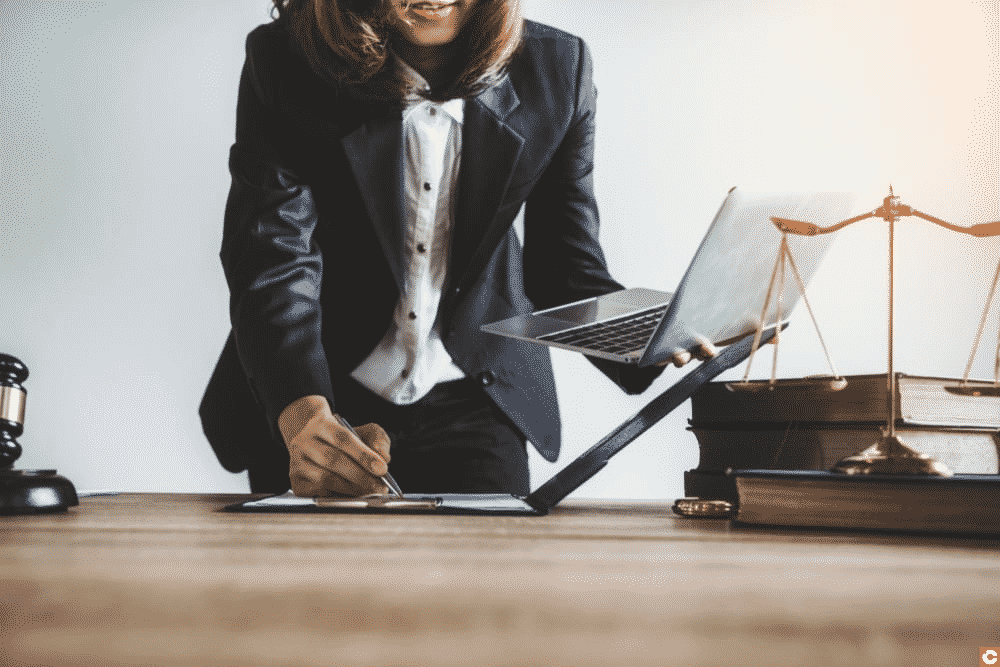 What is a notary?

A notary is a public official: a qualified lawyer, for example, whose main job is to draft up and authenticate various types of documents.

These documents may concern the private sphere (a prenuptial agreement), or the professional sphere (a commercial lease). In concrete terms, a notary authenticates the content of these deeds and is personally committed to the quality and date of them, usually by stamping them. In addition, a notary advises the parties concerned on the legal aspects of their commitments and introduces them to the legal terms if necessary: in short, they offer real expertise based on their training and professional experience.

If you have followed diligently so far, you will have understood that one of the notary’s roles is akin to content certification (we talk about it here for example). This same task is one of the major promises of blockchain technology: to certify information without the need for a trusted third party, through a fully decentralised system. Indeed, information on blockchain is in fact time-stamped and deemed immutable.

Notaries are sensitive to the blockchain

The Paris Chamber of Notaries has more than 1,700 notaries and 6,000 employees.

It is well known to be forward thinking on new technologies, especially those that can significantly affect the profession. So as early as 2017, they published their first review of decentralised registry technology. Since then, the chamber has forged ties with many experts in the crypto field and now wants to deploy a blockchain specific to notaries.

They are not the only ones interested in the applications of blockchain in this field. This brings us to the giant Trust, which, in partnership with Ethereum and Microsoft, offers a service that certifies attachments, allowing notaries to verify the accuracy of a document, on a public network (i.e. Ethereum).

·       A new version of the large file transfer service, allowing the exchange of very large computer files amongst notaries and between notaries and their clients

·       Traceability of documentation in electronic data rooms, opened and managed by notary offices for their clients

·       Traceability of the movements of shares of unlisted companies (an application called “Register”, currently developed with help from the Innovation Fund of the Paris Chamber of Notaries)

The Paris Chamber of Notaries is clearly trying to position notaries as necessary operators for the useful notarial applications of the blockchain, which then becomes an enforcement tool for these trusted third parties.

However, a paradox emerges. This decentralised registry technology is, in essence, as close as we can get to transparent governance and the elimination of all forms of intermediaries. Using the blockchain in this way therefore calls into question the true usefulness of this form of network for professions such as notaries.

In addition, as part of BCN, a Governance Committee was set up. Its function is explicit:

“To ensure compliance with the rules of operation and use of the notarial blockchain, specified in an essential reference document, called the confidence policy, and signed by each President.”

Thus, the governance of this blockchain is not decentralised, even to the point of questioning its very relevance. Indeed, one of the advantages of the blockchain is its quality of transparency, a central feature of public blockchains. Here, the Chamber of Notaries has chosen to work with IBM and Hyperledger, to roll out a fully private blockchain. The Hyperledger protocol implies by nature that access to the network is restricted exclusively to certified and identified actors. Are we one step closer to a fully centralised use of the blockchain for the notarial profession?

The BCN: a good or bad idea?

Based on what we have read above, there is a simple observation to make: BCN is subject to several functional inconsistencies in relation to the nature of the blockchain. Indeed, this BCN system is extremely centralised and opaque, making the use of a blockchain extremely questionable since trusted third parties remain the main and irreplaceable players.

However, it is difficult to form a definitive opinion on the approach adopted by the Chamber of Notaries. It is clear that if its interest in the blockchain is absolutely legitimate, this interest could represent an attempt by the profession to voluntarily swim against the blockchain wave to reassure a profession that could potentially be at risk of drowning.

However, the future of this very profession will be intrinsically linked to public opinion, the evolution of blockchain legislation and its democratisation. Blockchain and notaries are forced to evolve together.

In any case, the trade is probably not doomed to disappear. The expertise of notaries is so valuable and irreplaceable that a simple decentralised register will not change anything. The profession is moving decisively towards a real dematerialisation and digitisation of notarial documents, and the blockchain can offer key support. The real challenge that we should reflect on is whether a fully decentralised network has the capacity to effectively certify information. Opinions are divided on this subject, and we will soon make an article exploring it in further detail. Although a blockchain is capable of certifying information, could it guarantee the information’s veracity?

Other players besides the Paris Chamber of Notaries

As previously mentioned, the Chamber of Notaries is not the only one interested in applying the blockchain in this way.

For example, the new start-up CapBloc offers, among other services, a solution to manage a company’s legal registers with the help of this technology and a solution to dematerialise AGM voting. The blockchain brings to this project an immutable and unalterable time-stamping and signature capability.

In reality, it is difficult to wait for a technology – whose purpose is to collect, for example, sensitive data and documents related to a company – to be completely transparent. The need for confidentiality would render the blockchain completely incompatible. It is currently undeniable that the evolution of this profession (in symbiosis with the blockchain) is in full swing, which explains the emergence of several concurrent attempts to apply the technology and even the more innovative and even bold concepts.

Blockchain and notaries, what is the future?

Faced with the emergence of the blockchain, it is still very difficult to define the direction that this profession is taking. What can be said, however, is that the blockchain will play an important role in the evolution of this profession. By dematerialising and digitising notarial activities, notaries have been able to continue operating throughout this pandemic, and the demand for them has never been greater. The BCN is the product of the profession’s desire to maintain its reputation as an irreplaceable, trusted third party, while potentially taking advantage of certain characteristics of the blockchain, a technology that has been booming in recent years. Moreover, the human expertise of notaries does not seem likely to be questioned by the blockchain. So, what do you think the future holds for this profession?