Who Created Litecoin: the Prince of Bitcoin?

Both known for their incredible growth potential but equally their volatility, Bitcoin and Litecoin have often made headlines. So, it is easy to forget that the projects started only as little ideas before becoming the global successes they are today. Let’s take a closer look at Litecoin (LTC), which rose to prominence as soon as it was clear that its ambition was to become ‘an improved Bitcoin’. 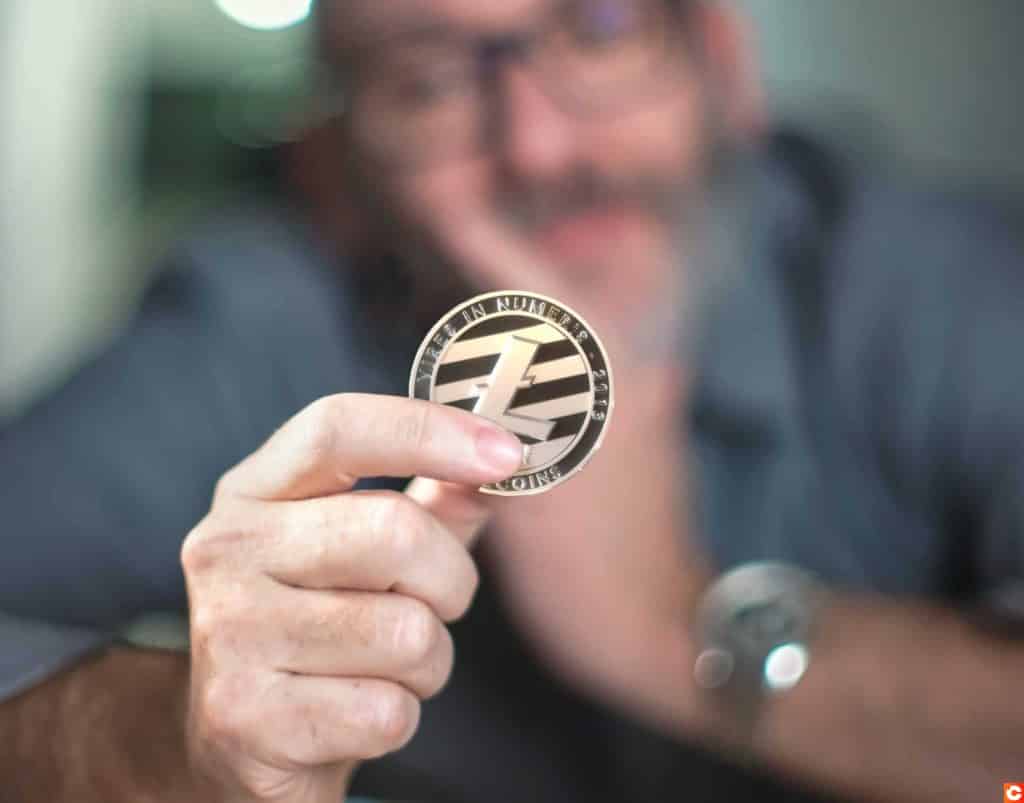 Litecoin was created in 2011 by, ex-Google developer, Charlie Lee. The digital currency is often referred to as the coin most deserving of the silver medal behind the unbeatable Bitcoin. This reputation comes, in large part, from the fact that Litecoin mainly uses the same coding as Bitcoin but on a separate chain.

Among the advantages of this cryptocurrency, you have its faster transaction speeds, better than those of BTC. Creating Litecoin blocks (aka a group of transactions) takes just over two and a half minutes. Having a mining time of this speed is very advantageous as mining speed corresponds to the time it takes to create new blocks which lengthens the blockchain (all the blocks together) and therefore strengthening the whole structure of the cryptocurrency. Scrypt (Litecoin’s algorithm) is also considered safer than the Proof-of-Work SHA-256 protocol used by Bitcoin miners. To better understand the challenges of mining, be sure to check out our article here.

Described as the ‘currency of the digital age’, Litecoin was created with a very specific objective: to become the global internet currency for peer-to-peer transactions which would enable instant daily purchases and cost next to nothing.

To learn all about Litecoin, visit our dedicated page here.

Litecoin’s creator, Charlie Lee, developed Litecoin above all because of a passion for Bitcoin.

Charlie Lee’s parents lived in the Ivory Coast for many years, where he was born, before moving to the United States when he was 13. After graduating from high school in 1995, Lee got a place at MIT where he earned a bachelor’s degree and then a master’s degree in computer science at the turn of the millennia.

He began his professional career at Kana Communications, where he worked for three years, then went on to work for four years for Guidewire Software before joining Google in 2007. Lee has always held software engineer roles, also helping to develop YouTube Mobile and Chrome OS during his time in Silicone Valley. It during his time at Google he works on the concept of Litecoin in his own free time.

Medium reports, in his biography of the developer, that actually in 2011, thanks to an article in Silk Road, that Lee learnt of Bitcoin’s existence. However, even before discovering this new approach to money, Lee had always mistrusted the United States’ Federal Reserve system, which he did not want to depend on investment for. This is part of the reason why he so quickly understood Bitcoin’s potential of no longer having to depend on current financial structure. Bitcoin and its blockchain technology ended up becoming a passion for Lee, shaping his ambition.

A developer with the soul of a miner

From that day forth, Lee carried out his own experiments by mining Bitcoin and thus joined the group of the first cryptocurrency enthusiasts. This interest lead him to get in touch with Mike Hearn, who ended up taking on a great importance in Lee’s life. Hearn was a developer working on the blockchain client software that Charlie Lee was developing through mining at the time. It was by talking with the developer who built the precursor of cryptocurrency that he begins to have the ambition to create his own cryptocurrency.

In September 2011, Lee developed his first cryptocurrency project, which he called Fairbix. He developed it based on the example of Bitcoin something he had done previously with another cryptocurrency he had launched just a few months earlier, Tenebrix.

Due to some complications related to the pre-mining (creation of tokens before the ICO) as well as software bugs prevented Fairbix from having any success. However, Lee was up and running and was using what he had learnt to eventually grow Litecoin by using the same Proof-of-Work protocol he had developed with Fairbix.

The rise of Litecoin

While Litecoin was developed in the shadow of Bitcoin, it continued and became well-known in late 2013. This sudden interest was based on a range of factors. Most importantly, Litecoin offered a chance to be mined on a simple desktop computer without having to resort to expensive and complex mining equipment (ASICs, mining machines, the latest version of which you can find here). In addition, more tokens could be generated through mining Litecoin than any other cryptocurrency. Finally, Litecoin’s team’s flexibility meant it could adapt the code and constantly experiment to improve results, which was highly appreciated.

In 2020 Litecoin occupies 7th place in terms of market cap and, after having reached record highs in 2017 and 2018, the success of cryptocurrency has been patchy. Its loyal community continues to be dedicated and defends its reputation by supporting its development. After a brief hiatus, during which Charlie Lee worked for Coinbase, the developer is back on the project team.

Charlie Lee has created a cryptocurrency which, while not always rock-solid, remains one of the most respected and recognised tokens out there. However, the vision of its creator remains very important to the crypto world. If you want to know more about Lee and his way of thinking, why don’t you click here to read an article which looks at his view on Decentralised Finance.