Bitcoin mining is attacked as a particularly controversial activity in mainstream media for its supposed monstrous carbon footprint. 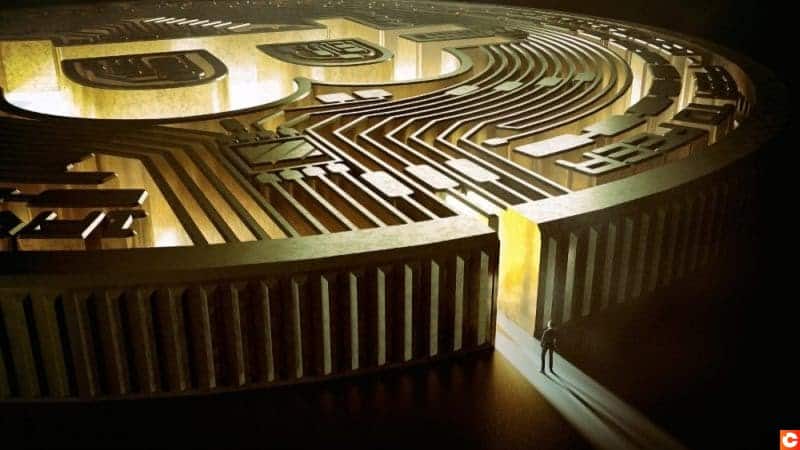 However, this sector fascinates people around the world, including those within the crypto community, in part due to a certain opacity that shrouds it in mystery. Who are these miners and is it true that they control the price of Bitcoin? How do they survive in this bear market and what can we expect from this famous halving that some mention with hope and others in fear? Where are these mining farms and how do they work? Is it possible to embark on a mining adventure with just a bit of hardware or do you have to mine on an industrial scale to have a chance to be profitable? Like you, maybe, I asked myself all these questions and many more in order to answer them in today’s article. Let’s discover the wonderful world of Bitcoin mining together.

Before diving deeper into the more complex topics, it is important to learn the basics. In other words: what is Bitcoin mining, how does it work and why is it essential to the operation of the Bitcoin network? Let’s discover the wonderful world of proof-of-work and ASIC (application-specific integrated circuit) mining machines together. Unfortunately I won’t be able to go into detail about how Bitcoin works in this article and therefore, I advise those who are new to the crypto world learn the crypto basics before continuing. Luckily you can find all the beginner material possible on our website!

The first thing that is imperative to understand is that if you do not use the proof-of-work consensus mechanism (i.e. proof-of-stake), you cannot mine. A block of transactions needs to go through the proof-of-work verification process in order to be added to the long chain of blocks (blockchain). This operation is based on two principles:

1. Firstly, it makes the nodes (network validators) aware of a task that needs to be carried out, so dishonest interactions within the network are limited.

2. Secondly, this task has to be relatively complex to complete, but simple to verify. I will give a few examples to illustrate my point.

If the notion of block verification seems foreign, luckily there are several examples in our daily lives that involve actions governed by proof-of-work. One of them is particularly well known: CAPTCHA.

Created in 2000 at the University of Carnegie Mellon, the ‘Completely Automated Public Turing test to tell Computers and Humans Apart’ or as it more commonly known as, CAPTCHA, (and yes, it’s not your Gen Z cousin’s way of spelling the word capture), are tests that discriminate an authentic user from a malicious spam bot.

CAPTCHA was mainly developed for websites to limit malicious attacks by distributed denial of service (DDoS). Today, these small, vision-based tests are found in all forms on the internet and illustrate the concept of proof-of-work very well. If it takes less than a minute for the user to complete, what the server does is even more impressive.

CAPTCHA thus embodies a good illustration of proof-of-work. Obviously, mining bitcoins is not just about solving CAPTCHA all day long as we will see in the next part.

What is Bitcoin mining?

The Reddit user 2Panik offers the community an original explanation of the principle of Bitcoin mining which will resonate especially with RPG players and other lovers of fantasy. Allow me to present it to you:

The virtual world of Bitcoin is populated by players evolving together, but with their own goals and lifestyle. They improve their characters as the interest in this game grows.

Approximately every ten minutes, a ‘boss’ (the baddie) appears which must be defeated for the benefit of the smooth operation of the game. Defeating it will offer rewards to encourage players to face it. The players then gather in groups (a pool) to defeat it since only the fatal blow brings in the rewards. It’s easier to be in a group and share the spoils than going solo.

Once the ‘boss’ appears out of nowhere, the players can do nothing else but watch their characters attack him, through the automatic use of various high tech equipment.

As the players progress through the levels, the baddies become tougher and tougher while the rewards decrease. In fact, the more players there are, the more difficult it is to obtain the rewards, but they are also halved during recurring special events, known in advance, called halvings or halvenings.

Rewards can be freely exchanged between players and even with other users who do not have equipment. Finally, a team of volunteers is set up to monitor the attempts of certain dishonest players to cheat the system.

If you master the operation of Bitcoin mining, you must fully understand who’s who in the above explanation. The players are the miners and the ‘boss’ is the next block in the chain. As for the loot, these are the coin-based transactions that reward the miner who is the first to validate the block. The teams of players represent the pools of miners and the volunteers are the ‘full nodes’.

When the Bitcoin network was first started, miners were mainly enthusiasts who discovered this revolution before the early masses. So these pioneers were using their personal computers – the most traditional of equipment – to mine bitcoin.

It must be emphasised, and we will talk about this in the study of bitcoin distribution, back in the early days, the rewards were much more generous than they are today. To give you an idea, half of all the available bitcoin (in other words 10.5 million bitcoins) had already been mined by 28th November 2012.

The original miners simply used their computer processors and later the graphics cards found in your standard PC. However, little by little, mining equipment was developed specifically for mining bitcoins and any other cryptocurrencies which shared the same mining algorithm. The age of the ASIC, printed circuits dedicated to this very specific task, had begun. They are very effective in their field, but otherwise not versatile whatsoever.

Here is a summary of the main machines dedicated to Bitcoin mining and their characteristics. The main criteria to take into account when choosing one machine over another are: its computing power, its efficiency in terms of power consumption and, of course, price.

The S9i is the latest machine in the famous Antminer S range dedicated to Bitcoin mining, and is probably the most emblematic of the sector. With the first machine being the S1 launched in 2013, it was the main machine found on mining farms thanks to its affordable running costs, this has been much the case with each upgraded machine from the S1 to S9. Bitmain, the Antminer’s fabricators, were there supporting miners, which allowed significant increases in the computing power deployed on the Bitcoin network from 2015 to 2016 where the difficulty at the time tripled (remember that is how the Bitcoin network is configured, that it adapts its difficulty in real time in relation to the power of the machines that mine its blockchain). However, the latest machine, the S9i, will have greatly increased computing power, in fact three times that of the S7 but roughly the same size. It’s control board will host a Xilinx(R) Zynq(R)-7000 series FPGA with a Dual ARM(R) Cortex(R)-A9 microprocessor. This, coupled with an up to 14.5 TH/s hash rate and power consumption as low as 1290W, will be a very good opportunity for miners once released.

Price on Halong Mining: Out of stock

Developed by a new player in the sector, Halong Mining, the DragonMint 16T (also known as the T1) has, as its name suggests, 16 TH/s per machine. The development and research around this machine has been colossal since a hundred people have dedicated themselves to its development and nearly $30 (~£23) million was spent financing it. With its electrical efficiency of 0.075J/GH making its consumption equate to 1480W, these machines are just about more efficient than its competitor, the Antminer S9i.

The latest machine from Bitmain launched in June 2020, the Antminer T19 brings with it a new level of computing power. Each unit of this mining equipment offers 84TH/s in exchange for a consumption of 3150W. Its energy efficiency is also greatly improved compared to the T17 model at 0.0375J/GH.

The sector is dynamic and particularly competitive, there are still many other machines dedicated to bitcoin mining with varying specifications, energy efficiencies and prices.

This concludes the first article devoted to Bitcoin mining. Now that we have laid a few foundations, we can now quickly progress by exploring the ecosystem and its key players. If you have any comments or questions, please let us know!