Why Bitcoin HODLers Hold an Advantage over Bitcoin Traders

The world of Bitcoin is divided into two categories: those who play the short term game and those who play the medium/long term one. Being part of this second group, Bitcoin HODLers possess a big advantage over their trader counterparts. This article will explain what this advantage is. 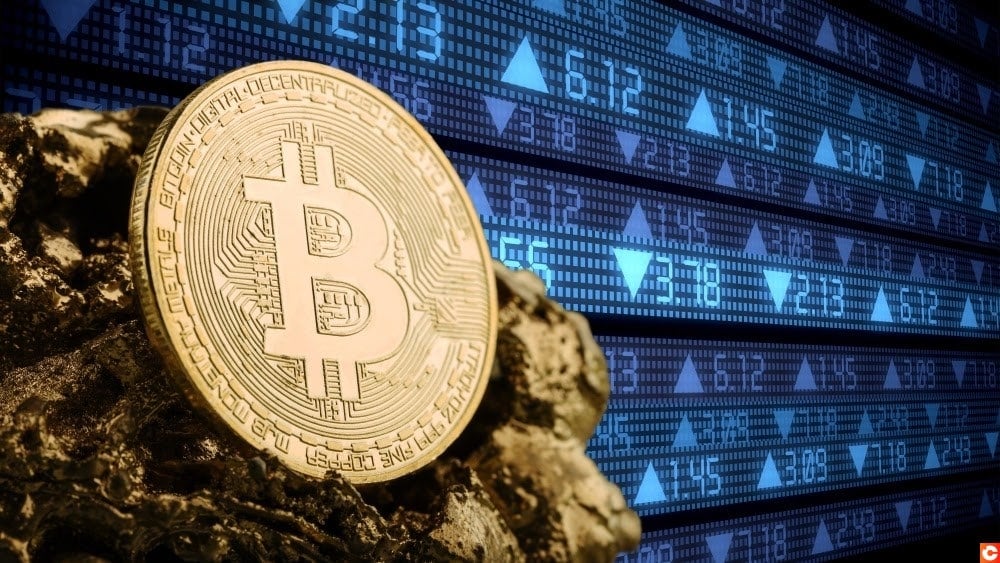 Everyday I meet more and more people who are interested in Bitcoin. It doesn’t mean that they are going to necessarily buy Bitcoin, but there is a feeling that the possibility of an alternative to the current monetary and financial system peaks their interest.

In turn, there’s a desire to discover how Bitcoin works and not long after they may come to wonder what the difference between Bitcoin HODLers and traders is.

It’s a very interesting question that many people who have just bought bitcoin should ask themselves. The answer that I will provide also seems essential, in my humble opinion. It should allow you to be more aware of the right strategy to adopt so you can fully benefit from your Bitcoin investment.

What is a Bitcoin trader?

A Bitcoin trader is someone who sees Bitcoin only through the lens of a financial investment. If you belong to this category of people, you will consider Bitcoin as an asset like any other that you can potentially make profits from.

In addition, you don’t particularly believe in the future of Bitcoin, and the way it works completely escapes you. Truth be told, a Bitcoin trader isn’t really interested in Bitcoin as a fully decentralised peer-to-peer payment system.

They simply calculate that if there is a one in a hundred chance that Bitcoin will perform the same way over the next decade as it did in the previous one, it is worth investing in.

A simple way to recognise a Bitcoin trader is to ask him if they have bought any bitcoins. Of course, the answer will be yes, saying that they have ‘invested’ in Bitcoin. What may seem like a pretty obvious answer, actually gives a lot away. The reason being is that for the Bitcoin trader, buying bitcoin is equivalent to investing in a company like buying stocks on the stock market.

When the price of Bitcoin drops sharply, as it did on 12th March 2020, Bitcoin traders inevitably capitulate. There will be a quick decision made whether to sell all their bitcoin, even if it is at a loss.

For them, it is first and foremost about risk management. If Bitcoin’s price falls sharply, they will prefer to recover cash from it and re-invest it in gold, which they view as a better safe haven. However, that won’t stop them from buying bitcoins again when its price goes up.

Bitcoin traders therefore act as momentum traders, which is a fundamental error in my opinion.

In short, you will see that the Bitcoin trader is not interested in the ideological and social revolution that Bitcoin represents, only its potential profit.

What is a Bitcoin HODLer?

First of all, you should know that there are several types of Bitcoin HODLers. However, I only take into account here Bitcoiners i.e. those who fundamentally believe in Bitcoin. These Bitcoiners play the essential role of HODLers only as a last resort.

A Bitcoin HODLer will therefore keep his/her bitcoin whatever the cost, which a Bitcoin trader will not be able to do.

When the price of Bitcoin loses 50% of its value in a few hours, as it did on 12th March 2020, Bitcoin HODLers did not waiver. They are aware that the volatility of Bitcoin is double-edged and that in order to fully benefit from it they must aim for the long term. A Bitcoin HODLer therefore knows how to make Bitcoin volatility their best friend.

Having a long-term approach with Bitcoin is not difficult for Bitcoin HODLers. Why? Simply because they have complete confidence in Bitcoin and the revolution it is building for the future world.

They have become aware that today’s monetary and financial system no longer works. They understand that this 49-year-old system only accentuates the inequalities between the very rich and the very poor.

Bitcoin, therefore, is a feasible solution to move away from the current system, so that control can be regained over everything they have.

The simple fact that Bitcoin’s money supply is set at 21 million units, coupled with its immutability, guarantees Bitcoin HODLers that their savings will be safe from the monsters of inflation.

When the Federal Reserve announced an unlimited quantitative easing programme to support the American economy on Monday 23rd March 2020, HODLers’ stance on Bitcoin was only reinforced further.

They know that quantitative easing ultimately means a monetary devaluation of the American dollar and other major currencies. Therefore, a devaluation of what they own.

Bitcoin is therefore their best asset to fight against the effects of this currency devaluation.

This absolute belief in Bitcoin allowed Bitcoin HODLers to see the price drop on 12th March as an incredible opportunity to accumulate more. So that’s exactly what they did, as they are certain in their conviction of the great future benefits.

Bitcoin HODLers have an essential advantage

In my opinion, Bitcoin HODLers have an essential advantage over their trading counterparts. This core advantage is the pure belief in Bitcoin and the fairer future system for all that it seeks to build.

The simple fact of fundamentally believing in Bitcoin allows HODLers to lead a much more peaceful life.

When the Bitcoin price fluctuates a lot, the HODLers remain zen. They know that Bitcoin is here to stay and that its ambitious goals are fine in the long term. The drop in the price of Bitcoin by 50% in March, therefore, had to be taken with a pinch of salt.

Taking a step back, HODLers saw things from a broader perspective and were convinced that the fall would be quickly forgotten in the months and years to come. The fundamentals of Bitcoin remained the same, so there is no reason to panic.

Their lives are far away from the calm plains where the HODLers reside. Their lives consist of constantly tracking the Bitcoin price and those of other financial assets. The day of a trader is full of constant stress.

With Bitcoin, life is even more complicated and stressful when compared to the common financial assets. Bitcoin is the only free market in the world that never stops trading and for which users have all the power to decide the true break-even price. In fact, the price of Bitcoin can be extremely volatile.

Bitcoin traders have a hard time managing the volatility of Bitcoin, which then becomes their biggest enemy.

Generally, Bitcoin traders are much more likely to lose money with Bitcoin than the Bitcoin HODLer. Several past studies have actually already shown that HODLing is the best strategy for making profits with Bitcoin.

Bitcoin HODLers win in every instance with their complete confidence in what Bitcoin represents. They lead peaceful lives, build incomes for the future while still seeing their wealth increase in value over time. Finally, their pure belief in Bitcoin will be rewarded in the future when Bitcoin has successfully completed its revolution.

Nothing forces you to buy bitcoin, but if you do, you should strongly consider becoming a Bitcoin HODLer in order to take full advantage of this revolution.

If you still choose to remain a Bitcoin trader, do so at your own risk. In any case, you should take a look at the three mistakes that make people lose money when buying bitcoin. This could be helpful when trying to make future profitable investments.