2021 has been a monster year for cryptocurrencies. We’ve seen Bitcoin being used as legal tender in El Salvador, decentralized finance going from strength to strength and NFTs on the pages of every broadsheet paper. The Metaverse and its underlying blockchain technology is quite literally changing the world before our eyes. Nevertheless, it is still a terrible user experience using cryptocurrencies to pay for actual goods and services. Why bother using them if a tap of an iphone is so much faster and easier? 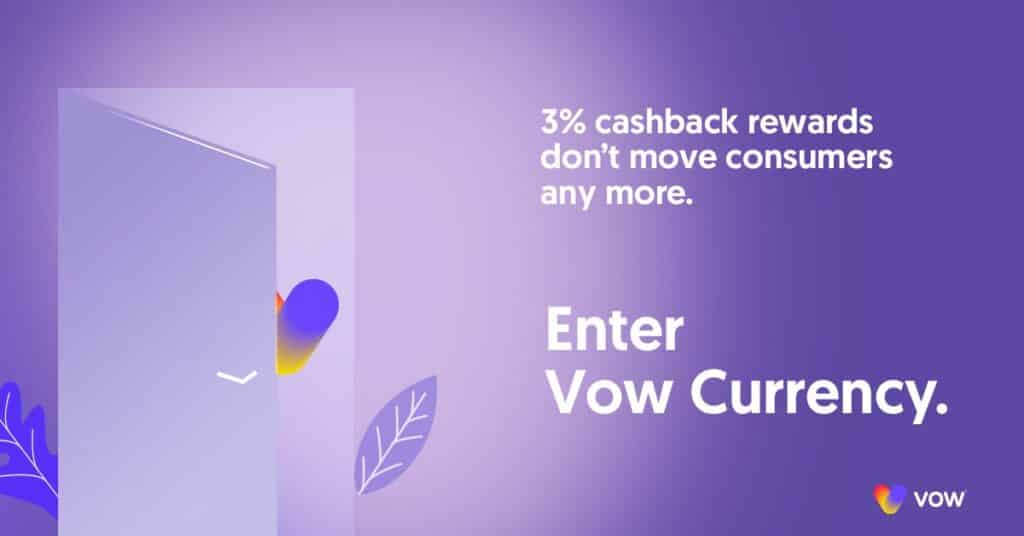 This issue lies at the core of why merchants are “not that bothered” about crypto. There’s not enough demand from customers yet, and short of governments forcing their business community to accept crypto, like El Salvador did, what incentives are there to make merchants invest and take the risks of accepting crypto currency?

Real merchant acceptance, as opposed to pretend acceptance (debit cards and payment processors settling in fiat) should be the goal of the crypto community – because without this – widespread adoption of cryptocurrencies will be impossible. This is the fundamental problem which the Vow Currency project addresses in such a unique way. If they are successful in manifesting their strategic vision VOW could grow to be THE bridge which allows ANY cryptocurrency to gain  real world acceptance.  The proposition that its team seek to achieve is quite hard to comprehend at first, but once grasped – its magnitude is nothing less than world changing.

Post the  Covid crisis, the global economy is holding on by a thin thread. The Federal (or not so Federal) Reserve, since 2020 doesn’t even require their constituent banks to hold a reserve. Their system has a stranglehold on the money supply, and are printing it up to buy up any decent assets our human creativity produces .

Bitcoin offers a safe haven for many investors by mathematically being restricted in supply. This restricted supply means investor funds can’t be inflated away by mass money printing controlled by a central party. It is now clear that Bitcoin is a far safer bet in times of rampant inflation than fiat. But Bitcoin and all other cryptocurrencies are not without their faults, especially when it comes to mass adoption. No one pays for coffee using crypto.

Crypto is still mainly considered a (hopefully appreciating) asset by the masses. It is favored by traders, speculative investors and those who capitalize on arbitrage, precisely because of its volatility. In the real economy, crypto is really a tiny drop in the ocean of electronic money. Stablecoins are trying for real world adoption by removing high volatility from the equation but stablecoins (in the main) rely on centralized bodies. In short, a sub-optimal see-saw between centralization and volatility means we are still far away from paying for our daily baguette with crypto.

But you can have a crypto payment card, I hear you say! Well yes, but unfortunately, the payment cards issued by the world’s major cryptocurrency exchanges are just a pretend method to pay in cryptocurrency, since the merchants are not actually receiving crypto but rather fiat currency after an instant conversion from your crypto account. For mass adoption to occur there needs to be acceptance from both sides, and in particular from merchants who are at the heart of the real economy.

Vow started with merchants, because it understands they are the heart of cryptocurrency adoption.

The Vow project uses an ingenious process that involves two types of token. A floating value Vow token on one side and Vow currency tokens that replicate the value of a local fiat currency on the other. The two types of token work together to drive the adoption of all cryptocurrencies. They do this by absorbing merchant created value into their economics, and using this to form an expanding liquidity layer between merchants and their customers.

Cashback is a way for Vow to distribute Vow currencies in a massive and decentralized way. Thanks to this model, merchants can attract new customers by offering cashback to them as a reward. However the advantage for merchants in the Vow system is that they can collect the full amount of fiat currency paid by the customer and instead of losing revenue from paying fiat cashback, they issue Vow currency as a reward. They then simply “vow” to accept back any Vow currency they issued at the same value they issued them. This creates a win-win situation between merchants and customers. Merchants save 80% as opposed to offering fiat cashback, and customers collect much larger rewards for selecting and reselecting merchants within the Vow network. Vow currencies are not e-money and not stable coins as there is no fiat backing them at any time and no central party offers to cash them in. They can simply be used to claim a decentralized discount at any merchant within the network.

To better understand the advantages of merchants who accept Vow currencies, consider an example. Imagine that a shop offers a 10% discount on one of its products initially displayed at 100 euros. The customer will pay 100 euros for the item and receive 10 Vow currency euros directly in his wallet. These 10 Vow currency euros can then be reused in the entire network of partner merchants who accept Vow currencies to claim 10 euros off their next purchase. Even if their next purchase was 10 euros!

One of the major advantages for the shop is that it collects 100% of the initial price while offering a discount that can be reused later. The only counterpart is that the merchant accepts Vow currencies in the future. This example shows why Vow currencies can be used to quickly create a new form of decentralised currency that can be used without friction for everyday purchases.

In addition, the Vow currency system allows for decentralised money issuance at the local level. This means that the money flow is not sucked into some obscure financial instrument, rather the sums in circulation in the local economy become larger and the cost of acquiring new customers for merchants is reduced.

Vow Currency is ready for growth with many strategic partnerships

The system developed by the Vow project and the decentralized issuance of Vow currencies has already attracted many large groups to position themselves among the first to issue Vow currencies.

To kickstart the network, and until a secondary market is fully active, Vow currencies will be accepted against gift cards for thousands of merchants all over the world. There’s also  marketplaces for hotels, flights, phone top ups and product purchases where Vow currencies are accepted. Also, all participating merchants too!

Vow is a tool that will make life easier for merchants everywhere and has many advantages over existing simple discount or cashback systems. By stradling existing loyalty programmes and replacing their internal loyalty mechanics with Vow currency, these companies and their clients become more profitable.

Millions of consumers will be collecting Vow, before they even know it, with zero crypto knowledge required. This simple fact means the adoption of cryptocurrencies in real life is getting closer every day.

Conclusion: Vow to change the world.

Now you can see why merchants have vested interests in adopting the Vow project. They attract a new customer base and benefit from a currency which stays local and circulates across community merchant networks. This is still just the beginning of the Vow Currency project, which has chosen to tokenize cashback as a first use case, in order to maximise its circulation in the real world.