Bitcoin (BTC) and CBDC: the Arab world has a voice in digital currencies

It is impossible to imagine that the Arab world would not be interested in digital assets such as CBDCs or cryptocurrencies. Undoubtedly, this world is currently marked by upheavals of various natures that will leave no observer indifferent. While the economic actors of this region are making history, the economic and demographic development helps the growth of the Ummah. 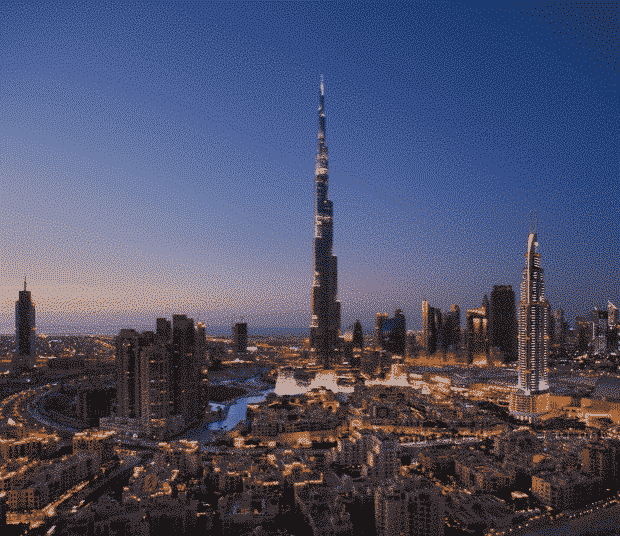 More and more world leaders seem intrigued by the possibility of improving the economic situation through cryptocurrencies and tokenisation. With El Salvador recently taking the lead with its initiative to integrate Bitcoin into the national economy, the United Arab Emirates don’t seem too eager to miss out on the crypto movement and are willing to do everything necessary to jump into the game and become the leader in the space.

In order to do this, the local government is not sparing any efforts to achieve certain objectives in the near future. Wasn’t a 10-year economic improvement plan announced at the beginning of the year? As a reminder, the UAE is currently ranks 34th in the Global Innovation Index (GII) 2020. The annual increase of 7% in its GDP along with a favourable economic structure in the UAE make it possible for this ranking to be revised upwards in the near future.

The Ministry of Economy of the United Arab Emirates is focusing on cryptocurrency and tokenisation on a global scale and in the region in particular, being a hub of development and initiative for the crypto sector.

These alternatives will complement other initiatives that are already being released by the departments dealing with digitalisation, demonstrating the Ministry’s firm interest in the cryptosphere. UAE financial authorities have already displayed several projects dedicated to the financial support of small medium-sized businesses by a governmental crypto platform.

More ambitious than ever, the same institution has also announced that investors and the financial system as a whole enjoy a stronger protection. There was little discussion on the quality and quantity issues concerning regional cryptocurrency regulations. However, in the absence of harmonisation and security, any government effort will be futile — whether to promote new asset models or to conduct experiments on the UAE financial ecosystem.

The move towards a regional CBDC?

If countries like China, the United Kingdom or Brazil were to engage in serious competition for the creation of a crypto platform of their own, the Arab world wouldn’t simply stand aside. That is what led to the alliance between such regional central banks as the bank of the United Arab Emirates and its Saudi Arabian counterpart.

In January 2019, the two financial institutions jointly announced the launch of the digital currency project based on CBDC and DLT technologies. The name it was given — Aber — means “crossing borders”. It seems like a way for central banks in the most powerful economies of the Middle East to describe their ambitions surrounding cross-border payments and interest in the technology of the future.

Like any large-scale initiative, Aber has also gone through several testing phases. For example, trials have taken place in commercial banks. The aim was to boost user interest in this amalgamation of crypto and fiat. The first results were reassuring: the system provided viability, security, but most importantly, an alternative to centralised payment systems, with all the benefits associated with a dual-emission CBDC.

These findings are complemented by detailed assessments contained in a report published by the two banks. This document praises the effectiveness of digital currencies in the regional ecosystem as they meet the key requirements, particularly in terms of confidentiality and decentralisation. Of course, the Aber project received good ratings on a host of other parameters, including traceability of currencies, mitigation of economic risks and visibility for the central bank.

That being said, the central banks of the Middle East will only have to make a few adjustments before digital currencies increase in popularity, given that their emission requires more investment to work with security systems that already exist and to establish an appropriate policy of their usage. Besides, there are financial enterprises in the region that hope for a more inclusive approach within the framework of the Aber project. What it means is that other central banks are ready to be called in to test the same financial product as soon as their demands will be met.

As you can see in this article, blockchain and cryptocurrency innovation projects in the Middle East are well under way. In the same dynamic, the Muslim Coins project that we had the opportunity to present in detail in a previous article wants to deploy a cryptocurrency on a global scale. MUSC is a Binance Smart Chain BEP-20 token, and ensures the highest standards of security and transparency.

The Muslim Coins project is launching its IEO on the Probit international exchange. MUSC will then be listed on the Probit exchange starting 1st November, as well as on the Pancake Swap DEX.

Following the fundraising phase, the project aims to develop a wallet and a bank card that will allow users to simply spend their MUSC internationally and in the Islamic world in particular, which boasts a population of 1.8 billion people, on track to reach 2.2 billion by 2030-35. One doesn’t have to remind the Islamic world is associated with fast-paced economic development.

This is a project full of potential that is truly part of the technological revolution initiated by the countries of the Middle East and especially the United Arab Emirates.

Time will tell where the development of digital currencies will go in the Arab world, whether private cryptocurrencies or government-issued CBDCs will take the helm. In any case, the central banks in the region aren’t idling. Eager for success, these institutions will never cease to find alternatives better achieve their economic objectives in both the medium and the long term.

Moreover, they didn’t wait to start testing phases of a possible collective digital currency as did the central banks of the United Arab Emirates and Saudi Arabia.

Certainly, things that happen in those countries right now, and projects like Muslim Coins are worth being looked at, as there is a lot to learn from these movements that strive towards a better future, with the advantages that new forms of currencies offer to the world.