MyTVChain: when the blockchain reinvents sport and esports

Have you ever heard of MyTVChain? Born in the South of France on the beautiful azure coast, this disruptive project looks to usher in a new generation of Web TV sports videos that are completely placed in the hand of sports clubs. But it is much more than a simple platform, it is above all a community, where everyone can publish, share, control and manage the value of their content online, all thanks to the blockchain. The blockchain is meting the world of sport, right on the cusp of the Tokyo Olympics, which will bring together thousands of athletes: come with us as we dive into this promising project! 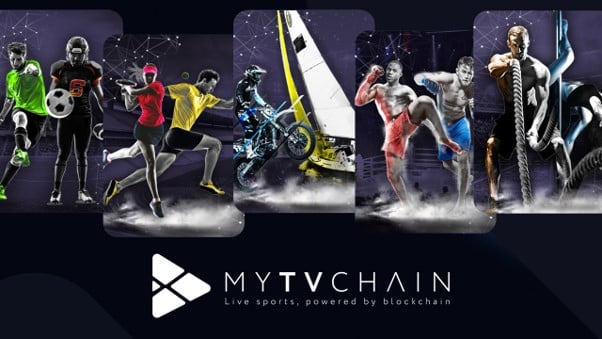 Note: This article is brought to you by MyTVChain. Crypto investments carry an inherent risk. Do your own research and only invest what you can afford to lose. This article does not constitute an incentive to invest.

How can the blockchain reinvent sport?

Today, on MyTVChain, there are more than 750 Web TVs available, all powered by sports clubs, federations, coaches and even some media outlets.

The platform’s USP is that, in addition to offering a Web TV and a package of associated services from video capture to marketing, is the fact that it is gradually integrating the blockchain in order to make the most of its capabilities and organise its community as simply as possible.

Not only does this give clubs – both professional and amateur – visibility on the web, but the added value of the project also lies in creating a social link between all generations and all people, regardless of their differences.

In addition, the success of the platform is also explained by its winning business model for sports clubs, which are able to market their content independently, as well as via the blockchain, the technology that the platform is built on. The start-up builds on the ongoing development of sport thanks to new technologies, and helps facilitate the democratisation and dissemination of all types of sporting events.

Sure, there have already been projects built around making supporters more loyal, monetising players in the form of NFT cards, or building engagement around amateur clubs.

But the creators of MyTVChain decided to go one step further.

How is the blockchain put to use to bring sport to as many people as possible?

Firstly, by its very nature, the blockchain solved data storage and bandwidth problems for videos. This is all thanks to the peer-to-peer system that has made the technology popular.

More generally, the blockchain has a lot to contribute to sport. For example, take a semi-professional women’s football team that has a large following on social media, but never gets any airtime on the TV. Thanks to MyTVChain, they are able to find a community, create economic incentives with sponsors and retain fans, as this concept is part of a much more global movement of OTT streaming (Over The Top streaming – something that bypasses legacy media to reach viewers via the internet. Think Netflix, etc.) that transforms the way video content is shared. In addition to this, many content creators find it difficult to finance production, because most of the value is often consolidated in the hands of centralised platforms, which is precisely what the project wants to combat.

At a time when our societies are in search of trust and transparency, the blockchain offers the promise of an online ecosystem that avoids a trusted third party, where the community prevails over individuals. Here, the MyTVChain model is quite simple and noble at the same time: to develop a decentralised platform governed by a community of peers (athletes, sports clubs, federations, fans, sports coaches, supporters, and so on), with each having their own interests and being profitable for everyone.

MyTVChain: a new player in the world of sports and esports

To meet the major challenges of the world of sport, such as the proliferation of sports betting, voting and governance, loyalty, ticketing or economic incentives, MyTVChain has set up its own infrastructure. With smart delivery channels and innovative technology to minimise the resources requested by users, it can significantly improve the video experience. Finally, in order to reward the most loyal users, view trackers are available.

If you want to know more about the detailed infrastructure of the platform, go take a look at their Litepaper.

MyTVChain is also simple to use, making the platform accessible to all. The developers have thought of everything, even publishing a five-minute guide to creating your very own WebTV.

But the power of this platform and its value proposition lie in the MyTV token, the main means of exchange and reward on the platform. It is the basis of the platform’s collaborative economy, where the value of the token is intimately linked to the growth of the platform and where each user is rewarded for their long-term support through opportunities for passive income. As a utility token, each user is encouraged to buy it if they want to benefit from the entire catalogue of services and products offered.

As you might expect, the value of the token is expected to grow as the platform grows. The business model is quite simple: the token becomes a means of payment, but also a store of value or a new opportunity to generate passive income for all sports and esports enthusiasts.

This mechanism is enabled by the blockchain and additionally produces a virtuous cycle in the interest of all by generating benefits for each stakeholder, as you can see in the diagram below.

2021 is an important year for MyTVChain, as the company plans to increase its turnover by an order of magnitude to exceed £2.05 million by welcoming more than 50,000 users by the end of the year, notably driven by the ever-increasing popularity of the internet among young people at the expense of TV. Still, the company has thought of everything: by signing several contracts with audiovisual players, they guarantee themselves different types of platforms, all boosted by an upcoming round of fundraising that should help them finish perfecting their ambitions.

Finally, MyTV will soon be on PancakeSwap, one of the most popular platforms of the Binance Smart Chain network.

To infinity and beyond: MyTVChain’s ambitions continue to shape the future of sport

If the project already seems complete today, it will be even more so in the future. As we have seen, by disrupting the world of professional and amateur sport, MyTVChain intends to set itself up as a pure player of WebTV production in order to revitalise and retain sports clubs.

To do this, the team does not intend to rest on its laurels, since many projects are popping into their minds every day.

Initially, staking will make it possible to lock up a sum to receive rewards and stabilise the price of the token, while ensuring a fair reward for holders who invest themselves over time and who participate in the governance of the project in particular via the vote of key decisions for example.

Recently, the team announced that they would very soon migrate the token to the Binance Smart Chain, a huge feat for the project, ran in parallel with a fundraising campaign that should continue to bring dynamism to the project. At the same time, the year 2021 already offers very exciting things: the development of voting/governance, the PancakeSwap listing, listings on centralised exchanges and the development of important platform features (donations, rewards, etc).

But hold on, what happens in the coming months will catch your attention: the first community vote on rewards, the creation of a marketplace, the introduction of NFT and of course the international development in order to become the essential platform in the world.

The MyTVChain platform should continue to establish itself as THE Web TV solution for loyalty, streaming and content creation, but also cash management and club crowdfunding.

MyTVChain also plans to switch to a crosschain in the longer term, which is a fairly widespread trend for platforms.

By also addressing esports, MyTVChain has everything it needs to ride the wave of major sporting events, from the Rugby World Cup and Olympic Games to Counter Strike and League of Legends tournaments.

In summary, the MyTVChain’s recipe for success looks like this: offering full and complete ownership of your fan base, copyright and monetisation, thanks to the platform and token. When will you join the revolution? Head over to their telegram to keep up to date with the latest developments.