Welcome to the latest installment of the Adopt a Crypto Project Column! Today’s topic is particularly close to my heart, as it is right on the confluence of two major subjects, which at first glance seem like chalk and cheese. 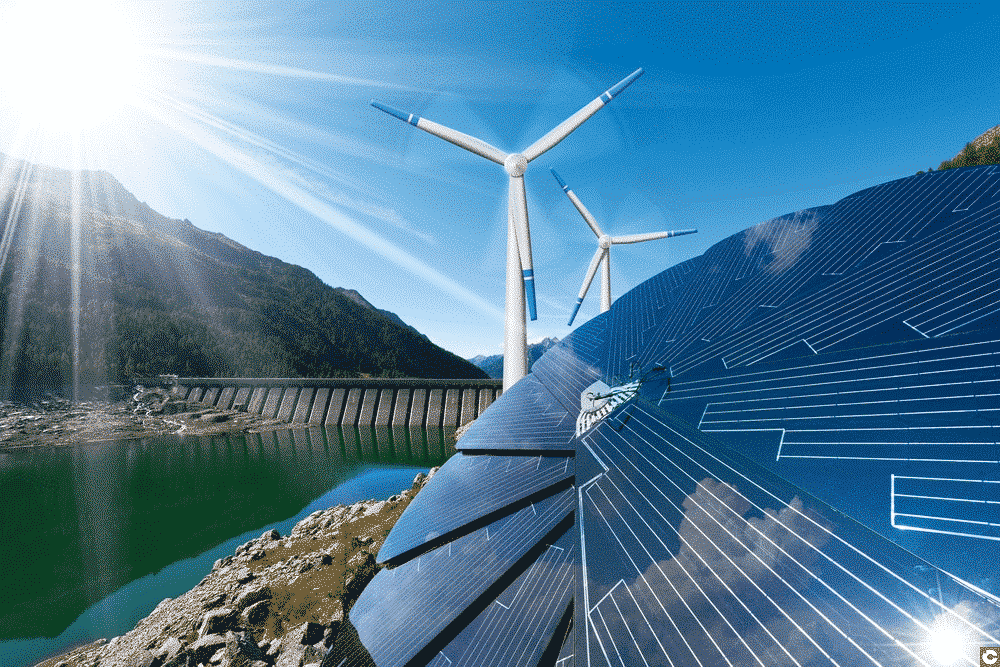 We will look at the energy transition, the quest for energy that is more responsible, distributed, efficient and transparent, in a world that needs it more than ever. However, it may be that this noble and complicated goal can be achieved in part thanks to the smart use of the blockchain, and what I will call the ‘tokenisation of the world’.

It’s a bet that will decide the future of the planet, but even more so the fate of those who will roam it after us, but the French company WPO, a European leader in the field of renewable energy, has decided to take it. And while the crypto industry regularly hears about the emerging concept of the ‘internet of value’, WPO, a company with 2000 wind turbines under its control, looks to be a forerunner in an all-new field: the internet of energy.

And because a crypto project necessarily entails new digital assets, the scene is set for the GreenToken (GTK), whose Initial Coin Offering (ICO) started a few days ago, with the first visa ever granted to an energy company by the French financial regulator.

Disclaimer: This new installment of the Adopt a Crypto Project Column is presented in partnership with WPO. Crypto investments are inherently risky and subject to significant fluctuations. This article does not constitute an incentive for investment. Please read the warning at the bottom of this article.

For some, this idea is somewhat counterintuitive: for many, the blockchain remains associated with its cumbersome forebear: Bitcoin (BTC). In the common psyche, Bitcoin hides in its shadow various evils, including the recurring accusation that it contributes to the global obsession with energy. If you believe the cliché, millions of frantic speculators constantly fuel a delirious waste of energy. Under the guise of mining ever more bitcoin, we are locked in a senseless energy race – a race that everyone loses as the house burns down.

Apart from the fact that, like most conventional wisdom, this cliché is rather far from reality, it is worth looking at a cost/benefit analysis. While it is undeniable that by its very nature, the strength and resilience of Bitcoin’s blockchain are guaranteed precisely by the amount of energy (i.e. computing power) deployed in favour of securing the network, Bitcoin is not the energy-hungry monster that uninformed circles like to call it.

A very proportion of the energy that runs Bitcoin miners comes from renewable sources (74% precisely). For industrial reasons specific to the conditions of its operation, Bitcoin mining farms are mainly located near hydroelectric power plants. Therefore, Bitcoin is not only fuelled by green sources, it also benefits from the energy that would otherwise have been lost. In addition, the proximity between mining farms and dams drastically reduces transport and network constraints.

It is undeniable, however, that bitcoin consumption is equivalent to that of a small country, and would even make the cryptocurrency the 53rd largest energy consumer in the world if it were considered a nation. However, this shocking figure can be put in perspective by pointing out that by the same metric, food waste would be the third largest energy guzzler in the world, just behind China and the United States.

But these figures must be weighed in a cost-to-utility ratio. In this new economic paradigm, paired with its potential for massive disruption and the new forms of governance it allows, Bitcoin deserves to be allocated this energy. Furthermore, since Bitcoin, by its economic nature, looks to ‘compete’ with banks, a November 2019 study by Oxfam France may be of interest.

This major subject is generally lacking in public debate. In other words, Bitcoin is constantly accused of being the incarnation of ecological nonsense despite its promises of efficiency, transparency and distribution brought by the blockchain that supports it. Meanwhile, the global banking sector in all its bloated imperfection, rooted in an industrial and ecological model of another time, seems to enjoy a very different treatment.

Blockchain, energy, efficiency… after this little reminder of the stakes, comes the perfect transition to our crypto project of the day: WPO!

WPO: the perfect mix of a responsible SME and an efficient multinational

WPO is one of Europe’s leading renewable energy companies. Since we are drawing parallels with Bitcoin, what would become WPO France was founded in 2008, almost at the same time as the queen of digital currencies. While the acronym originally stood for ‘Wind Prospect Operations’, marking the importance it gives to wind energy, the 80-employee-strong company has since expanded its business to the solar sector.

While WPO’s operations have all the agility and cutting-edge expertise of a SME, its organic growth has been a whirlwind: it boasts 2000 supervised wind turbines, 12 million photovoltaic modules, 5200 Megawatts and a presence in 12 European countries and overseas.

WPO also sits on seven billion euros of energy assets and marks a turnover of €900 million in renewable energy per year.

WPO and the blockchain

Now that you’ve grasped the company’s full scope and seen its growth potential, you won’t be surprised to learn that WPO has a strong culture of innovation and that the team is constantly looking for new disruptive solutions that are more reliable, more transparent, and that generate savings, as well as added value. Logically, WPO has turned towards the blockchain.

From 2018, the CEO of WPO Barthelemy Rouer decided to resolutely make this technological shift, putting all possible architecture onto the blockchain, including the certification of energy production, certificate issuance (GoCerts), and data management.

Barthelemy Rouer and Duncan Levi, the two co-founders of WPO

“Our blockchain will guarantee the uniqueness, authenticity and history of our GoCerts. It will then allow the marketing of certified associated goods and services.”

Already implementing blockchain architecture internally, it didn’t take long for WPO to decide to create its own token, the GreenToken (GTK). By now, you have probably realized that WPO is more of a developed company than the disorganized start-up that sometimes embodies the crypto space. Indeed, WPO is a major player in its sector and as such, works with the utmost respect for the rules in a context where the search for compliance is a promising sign.

For this reason, WPO applied for – and obtained on 12th May 2020 – an AMF (the French financial markets authority) visa, allowing it to organise an ICO, the public phase of which began on 5th September.

This ICO was preceded by a private sale that sold 663,000 GTK for just over half a million pounds. In addition, contractual commitments with major energy players guarantee £2.6 million until 2030 as part of recurring purchases of GTK. Finally, even before the ICO, £250,000 of tokens had already been pre-booked.

The GreenToken will be a deeply utilitarian token. That is to say that in addition to being a digital and speculative crypto asset, holding the token will bring many benefits, which we will go into in another article soon. For now, here’s a summary of what to remember from WPO’s ICO:

·       It is possible to participate in the ICO with euros, bitcoin (BTC) or ethereum (ETH)

·       At the end of the ICO, the GTK will be listed on the French exchange Savitar

Top three reasons to back WPO

1.     Because WPO has surrounded itself with the cream of the French crypto, blockchain and FinTech space.

It’s said that a project’s success lies in the talents of its people. With WPO and GreenToken’s ICO, it’s hard to find a better example of this. It’s quite simple, the leader of European renewables has surrounded itself with everything that the French crypto space does best: Equisafe, LemonWay, Coinhouse (formerly ‘Maison de Bitcoin’)…

2.     Because WPO perfectly embodies a stage that the space has been waiting a long time for: that of the arrival of large players from sectors completely independent of the blockchain, able to offer new credibility to the entire crypto industry.

3.     Because what WPO is proposing is not the generation of a simple speculative asset or the umpteenth clone of a useless sh*tcoin, but a functional token, which will form the linchpin of an entire industrial architecture, all in perfect regulatory compliance.

Investing in an Initial Coin Offering (ICO) as defined in Article L. 552-3 of the Monetary and Financial Code carries risks of partial or total loss of investment. No guarantee is given as to the liquidity of the tokens acquired during the offer, the existence of a secondary market for these tokens, the value of the tokens acquired during the offer nor the counter-value of these tokens in fiat currency.

Tokens are not financial instruments within the definition of Section L. 211-1 of the Monetary and Financial Code and do not confer any rights other than those described in the Information Document.

In addition, the regulatory framework applicable to the offering and tokens, as well as the tax regime for token ownership are not yet defined in some jurisdictions. The visa issued by the AMF relates only to the offer subject to this Information Document. At the end of the closing of the offer, the AMF will not follow up on the issuer and its project. Any post-offer and related communication will not be reviewed by the AMF. The policyholder is invited to consult Part 4 (“Risk Factors”) of this Information Document.