The more days go by and the more NFTs seem to gain traction. However, in this era where sharing everything is a big deal, what is the point of NFTs that we cannot all see? Enter Alex Masmej, the founder of Showtime. Let Alex tell us more. 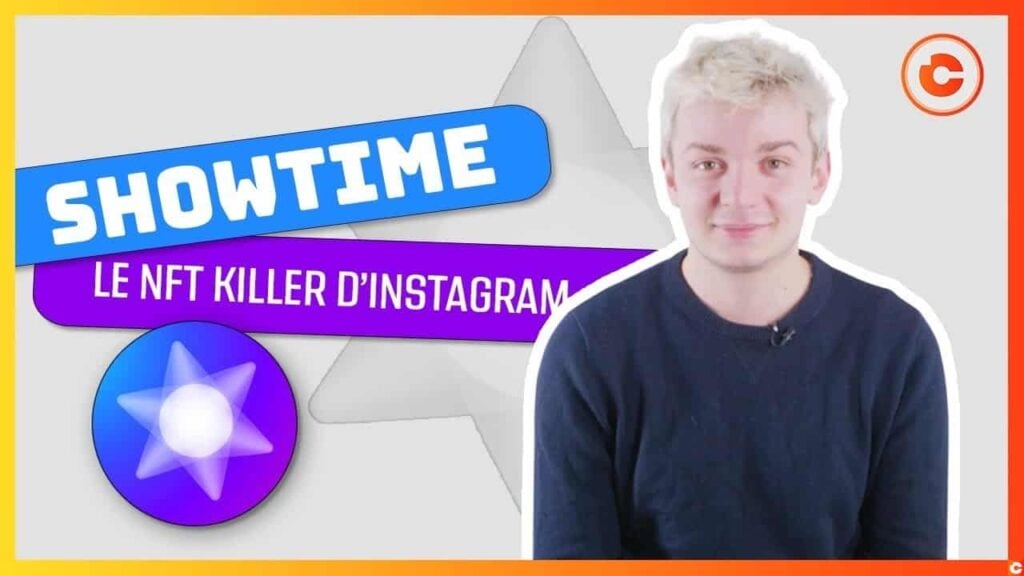 If the name Alex Masmej doesn’t ring a bell, the Alex token might. Yep, this is the mad entrepreneur who tokenised himself in 2020.

The project remains a success and the holders of the Alex token find themselves influencing his every move, even making him run a set number of kilometers every morning. A community that thinks about the health of its human project: I don’t know about you, but how beautiful is that?

What was originally just a crazy idea from a young entrepreneur, allowed Alex to build a reputation and meet people all over the blockchain ecosystem. Thanks to trips to Britain and America coupled with meetings with industry experts, our NFT lover and social media aficionado had a new idea.

Unless you’ve been living under a rock for the last decade, Instagram is one of the most used social network platforms in 2021. However, why do people take so many pictures of themselves and share stories? Well, humans have simply always had a need for recognition from their peers. Not even Maslow and his pyramid can contradict me.

Anyways, that’s enough of pub philosophy for one day, let’s get back to NFTs. While there are NFTs with a utilitarian purpose, especially in DeFi, the vast majority are artistic and speculative. Regardless of the reason behind them, if they are not shared and therefore visible, no one will be able to benefit from them and this is exactly where Showtime comes in.

Instead of posting stories or photos on Instagram, you will be posting NFTs. These can then be liked and shared as we accustomed to. Ultimately, this is a way of highlighting content and therefore supporting it.

Finance a project and get rewarded

It is well known that the blockchain will never forget anything! So there is no reason why an NFT and its creator should forget about the people who could have contributed to its success. This means later down the line, Showtime will allow you to support your artists while rewarding you in return!

I’ve only highlighted one one of the various upcoming features of this project which has already won over prominent members of the blockchain ecosystem such as Robert Leshner, the founder of Compound, and recently raised nearly $7.6 million (~£5.4 million) from his fund. Paradigm investment! What’s next? Well, why not start watching our YouTube video above and find out for yourself.