What If Bitcoin Wasn't The Only Phase Of Satoshi Nakamoto’s Plan?

Some artists become immensely famous, not because their works are essentially superior, but thanks to the irrepressible curiosity that they manage to provoke. Banksy, Stanley Kubrick, Daft Punk… all have become icons of their art from, in part because they have not revealed who they really are. No one knows who Satoshi Nakamoto, the inventor of Bitcoin, is. Like a deity, he is absent, yet in everyone’s mind. We are consumed by the desire to know how this tech genius was able to retreat to complete privacy after having essentially created the solution to the future of money. A billionaire who has made a vow of poverty… This, in a world where money is religion and constantly televised capitalist mirages are the only horizon of hope. 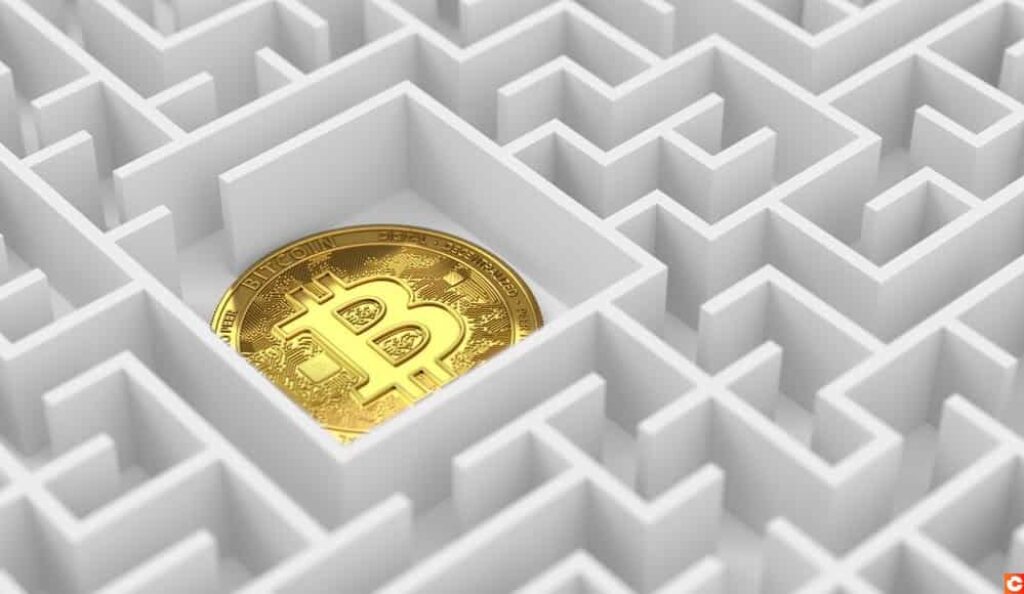 By refusing to touch a single bitcoin, Satoshi exhibits an admirable culture of sacrifice. This parallel dimension will not have escaped an entire generation, lulled by screens exhibiting a fictitious luxury version of the world, itself conveying the implicit idea that salvation and happiness resides in the consumption or accumulation of wealth.

Brains of entire generations are awashed with counterfeit television opulence in order to convert them to the sad cult of money and into machines of gadget consumption whose prohibitive price is equivalent to their emptiness. By refusing to spend his billions for more than ten years now, Satoshi Nakamoto is disturbing. It embodies the improbable virus in the matrix…

Satoshi is not a God, but a cypherpunk made of flesh and blood. He is an activist promoting the generalisation of cryptography to maintain his privacy and not be at the mercy of the first authoritarian regime that comes knocking. He is also a revolutionary who, before cutting ties, left us a message in the genesis block of the Bitcoin blockchain.

“Chancellor on brink of second bailout for banks.”

This is a headline that appeared in The Times on 3rd January 2009.

This signature, left in the first block of the blockchain, speaks volumes about Satoshi’s opinion of a system that privatises profits and socialises losses. A system in the hands of bankers who pay millions to inflate a gigantic debt bubble generating inflation and forcing us to scrape ever more growth from our finite planet.

Our younger readers might not remember, but 2008 was the year of the second largest fraudulent financial crisis in history (after that of 1929). The tangible consequences (to name but a few) of the crisis were: ten million houses seized by American ‘banksters’ (the equivalent of the entire Belgian population) and more than 100 million unemployed people around the world.

What could have happened? Let’s start by remembering that crises are not triggered by some omnipresent invisible hand of the market. The 2008 crisis, which inspired Satoshi Nakamoto, was no different and was the result of two concomitant events.

First, in the years leading up to the crisis, American banks lent at will to anyone who wanted to buy a house. The mortgages had very attractive but ‘variable’ low rates, so that when the American central bank (the Fed) raised interest rates, millions of Americans were caught out by unmanageable monthly payments.

Second, we reached all-time high oil prices in 2008. In the year leading up to the crisis, the price of oil rose from $60 to $140. Production costs exploded, which led to layoffs, making mortgage repayments even more difficult.

The rest is history. Bankrupt banks were bailed out with thousands of billions of dollars. Jackpot. A $15 trillion dollar quantitative easing package (an abstruse term to avoid using the cursed expression ‘the money press’) was approved and created (printed) out of thin air in order to perpetuate debt slavery.

“The modern banking system creates money out of thin air. This process is without doubt the most astonishing trick ever invented…”

Sir Josiah Stamp already understood everything over 80 years ago.

Despite these trillions being pumped into banks, over ten years later banks are all technically bankrupt, as shown by the Eurostoxx bank stock market index, which has lost 80% of its value since 2008. So to put it another way, it would seem that we have come to the end of the debt system.

But how can that be possible with so much money?

Four walls and a roof

We will explain here why global debt can only increase until… well, until it no longer can.

The money circulating in the economy is still originating from an earlier bank loan. A loan which obviously has to be repaid.

It’s as if an invisible force always ends up re-siphoning money into banks as regularly as gravity eventually pulls any object back to the planet. Money is entirely created from debt, meaning that if all the debts were repaid, there would no longer be a single penny in circulation…

It is difficult to digest but hopefully these quotes will enlighten you:

“Money is gold, everything else is just credit.”

Now we understand the basics, we can reflect a little further. The hardest part will be fighting against your prejudices related to money.

On a certain day when person X borrows a certain amount from a bank, the money corresponding to the interest does not yet exist. Person X will have to hope that someone else comes into debt after them so that there is enough money in the economy and that he can repay his loan AND the interest. Nothing could be more logical, right?

When put like that, our brain has a little trouble processing this information because we wrongly believe that money is something that has ‘always existed’ and the distribution of which only changes according to the fortunes of some or bankruptcies of others. Absolutely not. In actual fact, the money in circulation (M3) increases by 5% every year according to statistics from the European Central Bank.

It is a fact to say that having to pay interest makes it compulsory to escape global debt under the penalty of recession (when borrowers cannot find enough money in the economy to repay their loans plus interest).

You just have to do the maths to convince yourself that interest represents a significant sum! Example: If you take out repayment mortgage of £100,000 over a 30 year period at an annual rate of 4%, your loan costs you £71,871.20 in interest. You will have to find £171,871.20 to successfully reimburse the bank.

This is the same bank which, don’t forget, creates money from scratch. In other words, out of nothing… banks tap a few zeros into the system and for that privilege you almost have to pay them the equivalent of a second flat! Is this really the type of society in which we want to live?

Regardless, it’s to say that yesterday’s borrowers can pay banks back thanks to subsequent borrowers, whose money comes to irrigate the economy in a sort of crazy Ponzi scheme. This usurious system carries within it the disease of an inescapably increasing global debt.

Not to mention, given that 70% of the money in circulation comes from mortgages, perhaps now you can understand why each generation is allowed, nigh even encouraged, to borrow more and more to buy a home. The more the overall property debt increases, the more money there is in circulation and the easier it becomes for former borrowers to repay. The result of which is inevitable inflation.

We do not realise this because house price inflation is not included in the inflation calculation presented to us in the media. On the other hand, everyone feels that purchasing power is melting like snow in the hot sun…

So there are limitations to debt. The first is physical (there is only one planet). The second is related to inflation. Who wants to go into debt over 30-40 years and pay half a million for four walls and a roof? More importantly who can?

Was Mr. Nakamoto thinking of all this when he signed the genesis block? Probably. Why else would he have chosen this particular article otherwise?

Satoshi Nakamoto: the return of destiny

Of course, assuming he is still alive, we can be romantic and assume that the genius inventor who gave birth to Bitcoin lives among us and that he is preparing his return to complete his work.

What work are we already talking about?

Nothing less than the possibility of defending ourselves against an authoritarian and usurious power in a cashless era where mass surveillance and social credit (like in China) have become the norm.

It was said, in order to complete his/her/their work it would be necessary that everyone uses bitcoin. This is not yet the case. How could this be done?

By donating the bitcoin he owns? Ridiculous. It is barely $10 billion. It is nowhere near enough to change the face of the world.

By launching a new Bitcoin? Bingo.

Satoshi wouldn’t even have to reveal their true identity. It would be enough to announce it in advance with a movement of Bitcoin away from its current address(es) (the home of the Bitcoin fortune) to prick the attentive ears of billions of people. Just between us, it is better that Nakamoto remains anonymous…

He could then unveil a new cryptocurrency and offer it to the whole world via a gigantic airdrop (a free distribution of cryptocurrency). In a perfect world, the entire banking system would become obsolete overnight. Who would not like to tell their bank that their services have been rendered useless!

Either way, it’s not like the banks are on the verge of bankruptcy and our monkey money is backed by mountains of unpaid debt… Could Bitcoin turn out to be just the first step of a bigger plan? What is certain is that in light of the global financial emergency, we will probably end up being sorted faster than we think.