Whatever happened to Takashi Murakami’s NFT?

The world-famous Japanese artist Murakami, who creates artworks by fusing anime and manga cartoon characters, launched his first NFT collection entitled “Murakami. Flowers” back in March. Previously, Takashi Murakami broke the boundaries between high and low art by making art relatable and easy to access, now he is closing the gap between the digital and traditional art world – or is he? 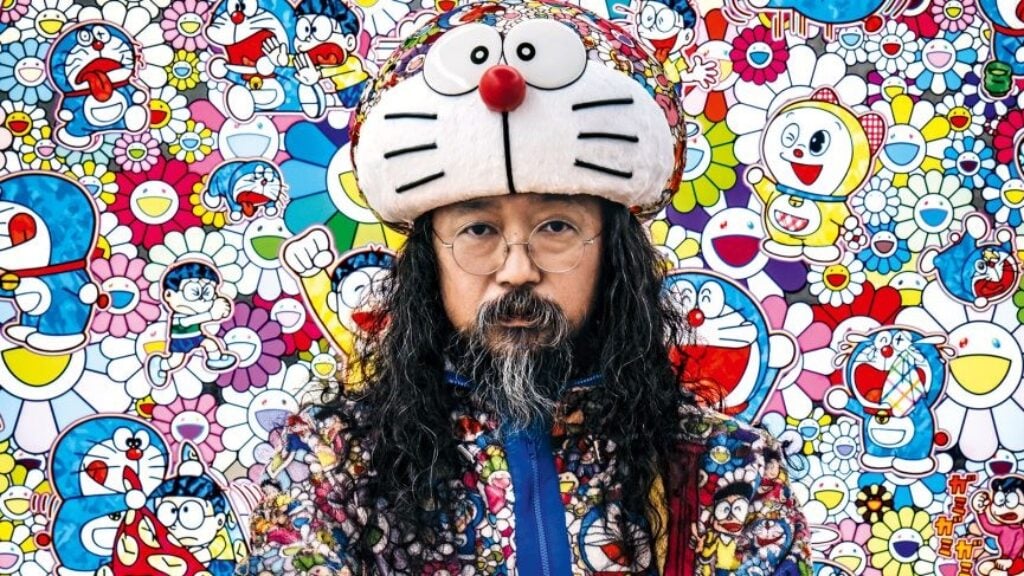 Who is Takashi Murakami?

Takashi Murakami is a Japanese artist and entrepreneur, widely recognised for his distinctive style of merging Japanese traditional art and pop art.

He earned celebrity status in 2003 through Miss Ko2, which featuresone of Takashi’s most recognisable characters: a figure of a Playboy-like model, dressed in a miniskirt, schoolgirl tie and cherry heels. The artwork was auctioned for £500,000, which, at the time, was the highest sale price for a work by a contemporary Japanese art.

Back in 2000, he coined the term “Superflat” to describe his aesthetic. The term played on the Western perception of the “flatness” of Japanese art.  As he explains in an interview, Superflat is about mixing Japanese high and low art. However, more recently, he claimed that the term’s meaning had shifted to include connotations of how social media creates a “flatness of information”, because nowadays you can “get anything on a smartphone”, which became a big turning point for our society.

What inspired Murakami to sell an NFT?

Takashi Murakami claims that Beeple’s £50 million NFT sale at Christie’s inspired him to join the NFT community. He claimed: “after it became much talked about with beeple’s auction the other day, I have been contemplating the right approach myself.”

On top of this, during the pandemic, Murakami watched how his children played the Nintendo Switch game Animal Crossing: New Horizons, which made him think about how the way the people socialise has drastically changed. Murakami says: “They were watching some fireworks display within the game while talking with their school friends, who they could no longer meet in person, through Zoom, admiring how beautiful it was.” As always, children are early adopters of new trends. They can easily get on board with whatever is hot at the moment and can guide the way for the older generations.

So, Murakami announced his entry into the NFT market with a post on Instagram in which he wrote: “I’m groping in the dark, so I’m sure I’ll make a lot of mistakes, but please bear with me.”

He launched a collection of NFT artworks on Opensea, which consists of a series of 24 x 24 pixel artworks depicting smiley face flowers. Each flower shows a different facial expression, similar to an emoji.

How much did it sell for?

However, Murakami made a second announcement on Instagram, saying that he decided to temporarily suspend the sale of NFT, citing that he needed to conduct further research on how to sell them safely. But what does this mean? Was it ESG fears behind the cancellation? Was it cryptocurrency volatility putting the brakes on the sale? We really do not know…

Murakami said: “I sincerely apologize to those who have already submitted their bids, but I hope you will understand the rationale behind this retreat, the purpose of which is to allow you to later enjoy my NFT work more affordably and with peace of mind.”

NFTs represent a great opportunity for Murakami and many other artists to relaunch their art. However, this case highlights the importance of carrying out research into the crypto space before diving in. Much like Elon Musk, Murakami decided not to continue his journey into the crypto world, even though it would have fetched him quite a tidy sum.