Bitcoin (BTC) governance: what is it?

As Citibank rightly recalled this week, “Bitcoin’s electricity consumption is a feature, not a bug.” It is necessary to guarantee its decentralisation and cannot be obtained with the wave of a magic wand. This paper explains how Bitcoin’s decentralisation works, and why other cryptocurrencies can’t reach the mark. 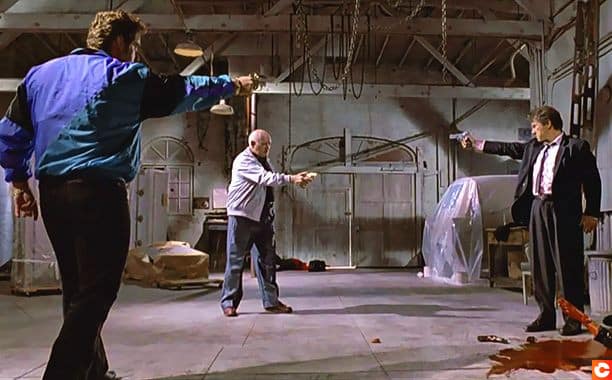 The legend of Satoshi Nakamoto

The first thing to say is that Satoshi Nakamoto was very careful never to reveal his/her identity. Their choice to disappear soon after the launch of Bitcoin (BTC) is something unique to this cryptocurrency. In comparison, Ethereum (ETH) is absolutely not decentralised, because its ‘charismatic’ leader Vitalik Buterin maintains a colossal sway over its code.

There are still some famous faces in the Bitcoin world. Adam Back, the founder of Blockstream, is cited in the Bitcoin whitepaper for his work on Hashcash (a proof-of-work, or PoW, system), along with Wei Dei, the creator of B-money. Adam Back became relatively well known, as did those who worked with Satoshi to test and refine Bitcoin after its launch. We can also mention, for example, the late Hal Finney, the first person to receive a transaction in bitcoin (Finney invented the first PoW system in 2004).

Furthermore, there is the famous Gavin Andresen, who campaigned for an increase in the Bitcoin block size before losing his mind by claiming that Craig Wright was Satoshi Nakamoto (which cost him his access to further Bitcoin development). We could also cite Wladimir Van Der Laan, the developer who contributed the most to the Bitcoin code, as well as many others such as Marco Falke, Pieter Wuille, Michael Ford, Jonas Schnelli. The full list of the 361 developers can be found on Bitcoin.org.

Do you know any of them? Probably not. Bitcoin developers have always made it a point of honour to favour scientific merit over mass manipulation tactics. Joining the elite team of Bitcoin developers means setting aside your ego and refusing to threaten the sacred decentralisation.

This is quite the opposite of the Elon Musks of the world. The billionaire recently drew on the power bestowed upon him by his millions of groupies to revive controversies about transaction speed and electricity consumption. It is as if we were all at a virtual gladiator arena, where Emperor Musk only has to lower his thumb to crash Bitcoin…

The importance of proof-of-work

Bitcoin represents the anarchic architecture of a new international reserve currency accessible to all. Its electricity consumption is an integral part of its decentralised nature. This is measured in part by its hashrate, which depends directly on the amount of energy used by the entire network in order to validate Bitcoin’s blocks of transactions.

This expended energy is called ‘proof-of-work’ (PoW). Miners must burn electricity to hash, in turn allowing them to get permission from the nodes to validate a block. This process lasts around ten minutes, and whichever miner finds the hash gets a BTC reward. This race to the hash requires special machines that consume electricity.

Therefore, miners do not write the law on their own. They are dependent on the developers who work on the Bitcoin code (the people we talked about above). They are the ones who build the programmes used by the nodes that check and validate the mined blocks.

To take down or hijack Bitcoin would require a supermajority among developers, node holders and miners: not to mention the users, wallets and exchanges that also hold influence.

For example, in the case of the fork that brought Bitcoin Cash (BCH – the ‘big block’ Bitcoin) to life, users voted by selling their BCH to buy more BTC. Craig Wright’s pet project crashed from $3,000 to less than $100 just a year and a half after the fork.

In short, Bitcoin’s resilience is linked to this invisible wisdom emerging from its decentralised DNA. We could also say that it is based in a way on human nature, and our inability to get along with each other…

Let’s start at the beginning with Bitcoin’s open source code. For those who haven’t, it’s time to read the few pages of the Bitcoin White Paper, written by Satoshi Nakamoto.

Satoshi initially wrote the Bitcoin code/protocol unassisted, but many developers quickly rallied to the cause. All their work can be found on Github. The BTC code is known as ‘Bitcoin Core’ and it is a type of software run by full nodes to validate blocks and verify the blockchain.

The outstanding developers mentioned above strive to cooperate, driven by the mission to protect and promote Bitcoin. Are they really the best of the best of the best? This isn’t important. What interests us here is that there are different dimensions making Bitcoin a decentralised project and it is therefore essential to point out that thousands of developers work on all aspects of Bitcoin.

Lightning Network for layer-two solutions, Liquid for the sidechain, Hivemind for smart contracts, Stratum for mining and BTCPay for mainstream use. These are just single examples for each category. In other words, the ecosystem blossoming around Bitcoin is much larger than that of any other cryptocurrency.

It is true, however, that many developers are paid by Blockstream, whose CEO is Adam Back. The company was founded in 2015 with the support of insurance giant AXA, whose CEO, Henry de Castrie, the chairman of the Bilderberg Group. Blockstream’s list of investors includes:

Adam Back obviously doesn’t toot the horn for Bilderberg, but it doesn’t hurt to know who is potentially influencing him. In any case, Bitcoin Core is probably the Gold Standard of decentralised development for two main reasons: the large number of developers and the fact that scientific contribution takes precedence over everything else.

Lucas Nuzzi summed it up well by stating “innovation in Bitcoin requires creativity, patience, and perhaps most importantly, ego-minimisation.“

Developers with big egos usually end up creating their own blockchains to their own liking. This is the case for Bitcoin Cash (BCH), born following the Bitcoin civil war of 2017. To sum up, a faction led by Bitmain – the largest manufacturer of mining machines – wanted to increase the block size, which was set at 1MB by Satoshi Nakamoto on the advice of Hal Finney. That allows for seven transactions per second. Bitmain worried that this was too little, predicted that Bitcoin’s slowness (and rising fees) would dig its grave.

(For context, 1MB blocks can now contain twice as many transactions thanks to the SEGWIT soft fork. The Bitcoin blockchain is currently 346GB and is growing by about 50 GB every year. In case of large blocks, full nodes would require hugely expensive storage farms, reducing the number of nodes on the network. It would be perfectly feasible to surpass Visa or MasterCard in transaction speed, but this would be at the expense of decentralisation.)

The ‘big blockers’ were focused on the adoption of Bitcoin by merchants while the ‘small blockers’ swore only by mathematics, game theory and the principle of decentralisation. Short-term strategy vs long-term strategy. Sacrificing decentralisation to increase transaction speed was simply unthinkable from a scientific point of view.

Time proved the small blockers right, because the goal was never to pay for your coffee in satoshis. The primary goal for Bitcoin was to create a currency that was as liquid as it was indestructible (i.e. decentralised). It was to be a currency that allows for every human being to protect their savings from inflation and for every country to get rid of the tyranny of the petrodollar when the time comes.

Which have the most power – the miners or the nodes?

Probably the nodes. They send the transactions to the miners to validate, and have the final say on proposed blocks. It costs nothing for a node to say no to a block whose transactions do not respect the protocol (a block of more than 1MB, for example), while a hash war is always costly for miners.

For this very reason, the Bitcoin hashrate is 300,000 times higher than that of Ethereum. The miners are fully aware that Bitcoin is the most valuable cryptocurrency out there when compared with other altcoins, and that it cannot be changed at anyone’s whim.

The end of the Bitcoin white paper reads:

“[The miners] vote with their CPU power, expressing their acceptance of valid blocks by working on extending them and rejecting invalid blocks by refusing to work on them. Any needed rules and incentives can be enforced with this consensus mechanism.”

Miners are effectively free to mine the blocks that follow the protocol they have chosen. However, in fact, unless there is a pact between all the miners, the nodes are more powerful because their votes can be vetoed.

Yet, it is interesting to note that “node” and “miner” were synonyms in the mind of Satoshi Nakamoto.

We often hear that mining is centralised by Chinese mining pools. Yet, contrary to popular belief, the Chinese do not control 65% of the hashrate, but rather 35%. Moreover, Chinese miners are not by definition Chinese Communist Party apparatchiks… That being said, it is true that there are only four large Chinese mining pools.

Miners do not mine solo. They pool their computing power in mining pools to increase the likelihood that they will find a hash and earn rewards. This results in an unhealthy concentration, because some pools pick a protocol without asking the opinion of their miners.

However, this is less and less the case. Pools that want to survive end up branching out into systems that allow mining to be decentralised. This is the goal of the Stratum protocol, put together by SlushPool and developer Matt Corallo to radically increase the decentralisation of Bitcoin. The protocol eliminates the risk of a secretive ‘mining council’ deciding to censor certain transactions or to support a particular fork if necessary. Let’s not forget, some pools switched over to BCH after the 2017 fork.

Here’s what decentralisation of mining would look like if all pools used Stratum:

Let’s finish with the decentralisation of nodes. These are unique because, unlike developers, who need to know how to code, and miners, who need money to buy mining rigs, nodes do not require technical expertise or a large financial investment.

Nodes check the blocks offered by the miners and make sure that the protocol is respected. Their most important functions are to ensure that there is never more than 21 million BTC and that transaction blocks do not exceed 1MB.

Your node and Coinbase’s node are completely equal. The world’s largest exchange probably maintains multiple nodes, but so can anyone. According to Bitnode, there are around 10,000 nodes around the world, with potentially a further 40,000 more hiding behind a VPN.

Here is a map of the concentration of nodes:

We invite you to start looking at running your own node. It’s just another way to dive into the Bitcoin rabbit hole. It will only cost you a 500 GB hard drive, compared to the  4,000 GB needed for Ethereum (which is much younger than Bitcoin). In a few more years, there will be only a handful of ETH nodes left, because it will cost too much in hard drives. Add to that the upcoming proof-of-stake (PoS), and the writing is on the wall that a Mafia will eventually take control of Ethereum. What will they do? The same as bankers: print more money for themselves.

Whether it’s Ethereum (ETH), Bitcoin Cash (BCH), Litecoin (LTC), Monero (XMR), DASH or ZCash (ZEC), no cryptocurrency can compare to Bitcoin. It’s even worse for the non-mining PoS coins such as Cardano (ADA), Ripple (XRP), EOS, and the other s**tcoins (cough, DOGE, cough)… Altcoin season is over. Welcome back to Bitcoin.